RELEASE LAUNCH ~ OUT OF THE ASHES by S.M. LYNN 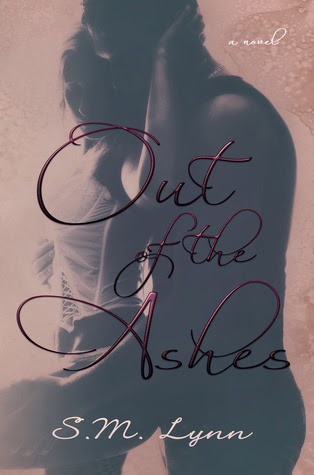 
Can love really conquer all?  Even when the secrets are so big, someone could die for keeping them, has died to keep them?
Celeste Brooks is haunted by a past she cannot escape.  Plagued by nightmares and fear that her secret will be discovered, she buries herself in her MBA and work, opening up to no one except her roommate, Gavin.  Until her path crosses with his.


Ian Jacobs made a vow when his heart was broken that he would never allow anyone that close again.   Being a sexy business mogul has its perks, and having many attractive women throw themselves at you is just one.  Until his path crosses with hers.
As soon as Ian finds Celeste has applied for a position with Jacobs Enterprises, he takes matters into his own hands, knowing that he must possess this woman at any cost.  Celeste finds herself under Ian’s spell and knows that she will do anything to be close to this man. Including revealing her secrets?  As their paths, past and present, collide, they must decide to risk it all or leave each other behind.
Goodreads: https://www.goodreads.com/book/show/20638483-out-of-the-ashes?from_search=true