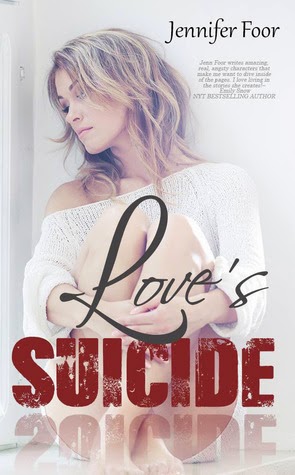 My heart belonged to Branch and Brooks Valentine since we were children, when we were all too naïve to know what that even meant. We didn’t understand that when we became adults, love would change us. I had to make a choice and when I did, it ripped our bond apart. Brooks left town, and he took half of my heart with him. It was difficult, but I coped and planned my future with Branch. I thought I’d made the right decision. I loved him and I always had.

Brooks showed up to be our best man the night before our nuptials. After drinks and too much reminiscing, I ended up in bed with the wrong brother. To avoid the humiliation and the fact that I’d ruined all of our lives, I left Branch and the only family I’d ever known.

That’s where my story should have ended.

Two years, one beautiful little girl and an abusive marriage later, I was standing there staring at the man that would always hold my heart.
The only question was…

Would I give it to him

I’m Katy Michaels and this is my story.

Review:
This story follows Katy through finding her first loves to finding her final love. There are many different ways to love someone and this book contains a few of them.

Katy is hit by tragedy at a young age, which alters the course of her life. However, life moves on. As Katy grows up she loses her “first love”, but finds love again in the arms of one of her best friends. Being unable to forget her first love causes quite a few issues in that relationship. On the eve of making the biggest commitment of her life Katy reconnects with her first love. Unable to handle the fall out, Katy runs as far as she can go.

Running generally doesn’t solve your problems, it only adds a few more. That’s exactly what happens with Katy. She’s making the best of it, though, raising her young family and relishing the souvenirs she has from her first love. Once again fate intervenes and Katy’s first love is reconnected to her life. He’s in Afghanistan and they begin writing letters and falling more in love. (I have to admit the whole letter writing bit didn’t ring true for me. During all 5 of my husband’s deployments he had access to email. I could understand her sending the first letter, but email sure is a lot quicker and you don’t have to hover over the mailbox, but I digress.)
The possibilities of life with her first love present a conundrum for Katy because she has built a life with someone else. Unfortunately before Katy has to make the decision, life makes it for her. With the realization that her first love has been taken away from her again, Katy throws herself into making the best of her life and making her marriage work. She begins to fall in love with her husband for the first time since they married as friends.

Life is okay and almost happy when fate grants Katy her most fervent wish. When the opportunity for a once in a lifetime love is put before her Katy knows she can’t turn her back on it again. Her husband has other plans. He doesn’t want to let their life together go.


When Katy’s decisions lead to danger and death for those she loves will she be able to forgive herself and open up to love once again? The answer lies in Love’s Suicide.

Reviewed by Liz
Reviewer was provided with an ARC in exchange for an honest review. 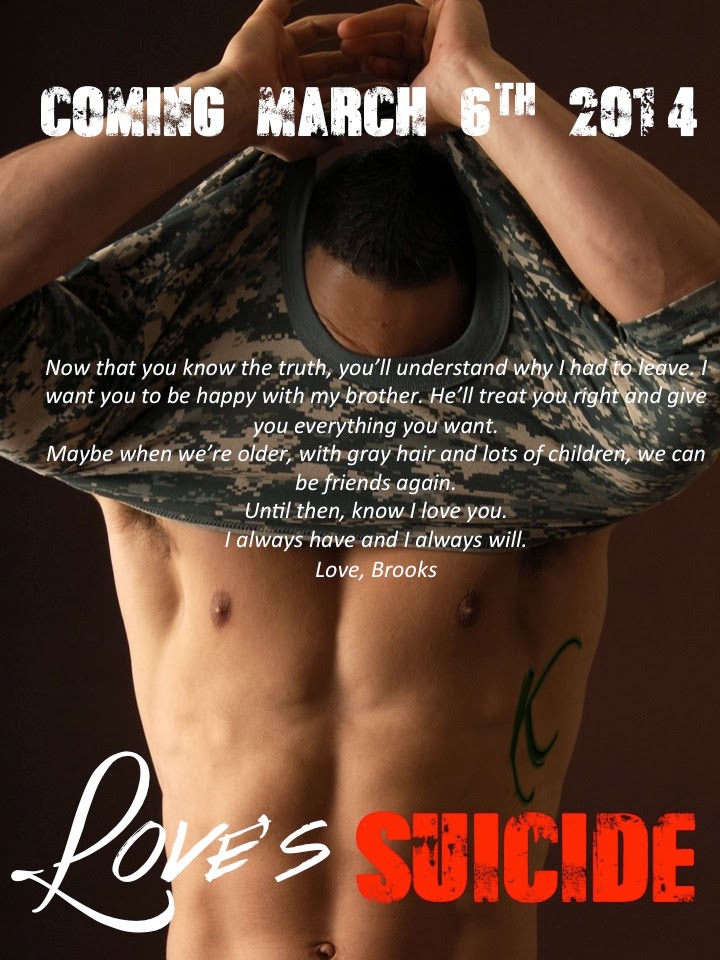 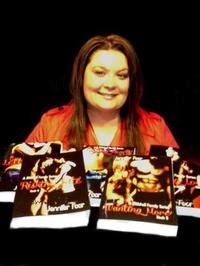 A Maryland native who spends most of her time devising a plan to live off the land on some remote island, where no one will ever find her.

She is a married mother of two kids, who may or may not drive her completely bonkers. In her spare time she enjoys shooting pool, camping and spending time with friends and family.