COVER REVEAL - Come to Me Quietly by A.L. Jackson 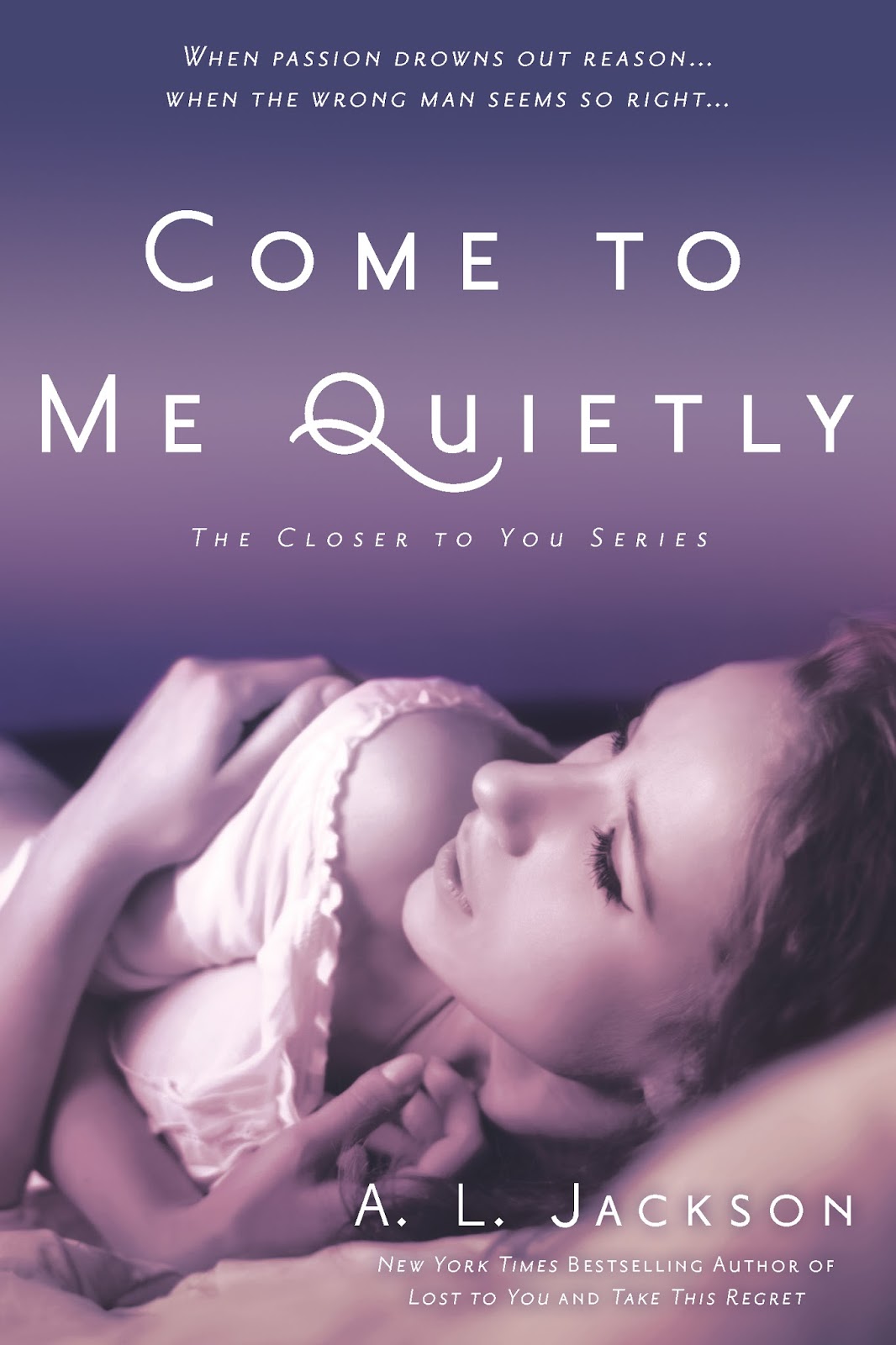 
From the acclaimed bestselling author of Lost to You and When We Collide comes a new adult novel of one woman’s obsession: a man who’s as passionate as he is elusive—and as tempting as he is trouble.…
Aleena Moore is haunted by Jared Holt. It’s been six years since she’s seen her brother’s best friend, the self-destructive bad boy she secretly loved in high school. As the years pass, she knows it’s time to move on. Time to decide between a practical nursing degree and her true dream as an artist. Time to get over Jared and give another guy a chance…


Just when she opens her heart to her friend Gabe, Aly returns home to find Jared sleeping on her couch. The teenage boy she loved has grown into a man she can’t resist. Covered in tattoos and lost in rage, he’s begging to be saved from his demons—the memories of the day he destroyed his family. As the two reconnect, their passion is hot enough to torch Aly’s judgment. But can she risk her future for a man who lives on the edge of destruction?


TEASER:
Jared
What the hell was I doing?

Everything about this situation was wrong. Aly kneeling in front of me. Touching me. She was close, too close. I could taste her breath, and I kept catching hints of that fucking delicious coconut body wash I’d used last night. Somehow it smelled a thousand times better on her.

These urges constantly hit me, and I couldn’t help imagining what it’d be like to bury my nose in the haven behind her ear, to press my mouth at her jaw, to tangle my hands in her hair. Against my better judgment, which could so easily be called into question, anyway, I gave in. Took a little.

I was always so good at taking.

The strand of hair I tugged between my fingers was soft, like silk against my callused skin. The action should’ve been innocent enough. I remembered doing it often when we were children, just a small act of affection to let her know it was okay she was there. There was never anything more to it than that.

But I knew better now, knew it would stir the need I’d felt in the pit of my stomach since I found her backed against that wall last night, since she’d driven me half-mad in her kitchen this morning, since I’d stumbled into her apartment like the piece of trash I was tonight. Somehow she still found me worthy, kneeling in front of me as if I deserved even a scrap of the attention she gave me now.

With her head down, she attended to the wounds on my other hand. I allowed my gaze to fall, to trace the face I wanted to trace with my hands.

I didn’t think I’d ever felt intrigued by a girl before the way I was now, had never wanted to crawl inside someone’s mind to dig through her thoughts, to find out who she was. Why she was. Aly’s green eyes were both fierce and soft, her touch both intent and gentle. She was kind, yet she didn’t hesitate to call me out on my shit. She made me itch and squirm, made me want to run and want to stay.

She began taping up my second hand, forging this little truce between us, steadily sucking me deeper into a place I knew I shouldn’t go.

But I couldn’t stop it.

There was something about being alone with her in the seclusion of this apartment that I liked, like maybe we were sharing some kind of secret that no one else could touch.

A distorted sense of security.

For just a little while, I wanted to drift in the delusion.

I watched her as she worked. Every couple of seconds, she glanced up at me with those eyes that seemed to know more than they should.

Aly shifted closer. I attempted to scoot back without her noticing, but she tugged on my hand. “Would you hold still? You’re worse than a two-year-old,” she said.

Was she oblivious of what she was doing to me? Every time she moved, her chest brushed against my knees, and damn, if it wasn’t the greatest temptation I’d ever had to endure. Did she know how badly I wanted to touch her? To take a little more? Maybe take it all? My thoughts raced ahead, and I wondered what she’d do if I edged off the couch and laid her back on the floor. Would she stop me? Or would she allow me to feed off her compassion and goodness? Would she let me wreck her? Destroy her? Because that was the only thing I knew how to do.

I sucked in a breath and held it. No fucking way was I going there. Not with her, even if she was the only girl who’d ever made me feel like I had to have her. The first who’d ever made me want. That in itself was a pretty damned good reason to stay away from her.

That and the fact that she was Aly.

She sat back on her haunches. Her smile was soft when she looked up at me. “See? That wasn’t so bad, was it?”

“Thank you,” I said honestly, because it’d been a long time since anyone had taken care of me. It hurt to think of the last time someone had.

“You’re welcome.” Her voice was quiet, and she sat there, just staring at me, a lot like we had last night, although now things seemed completely different.

“You’d better get some rest. It’s really late,” I said. I’d lain flat out on the hard ground for hours while I let myself sober up to the point where I could at least get myself back to the apartment, and I hadn’t come crawling up the stairs until three in the morning.

“Yeah, you’d better, too.” She sounded a little disappointed.

Her delicate hands pressed into the couch on the outside of my legs as she helped herself to stand. This time her hair did brush against my chest. We both froze with the contact, and she looked down at me, her face three inches from mine. She hovered there, her eyes searching.

I wet my lips and found my voice, although it was heavy with strain. “Please go to your room, Aly.”

Blinking, she nodded before she pushed herself the rest of the way up. She paused at her door, whispered, “Good night,” and then disappeared inside her bedroom.


Come To Me Quietly Buy Links:


**PLEASE NOTE: Come to Me Quietly will be $5.99 NOT $9.99 as listed.  Amy has contacted Penguin and is currently awaiting the fix.  If this is not remedied by Friday when you post, please ensure you make your followers aware of the price change for the pre-order.  THANK YOU! ** 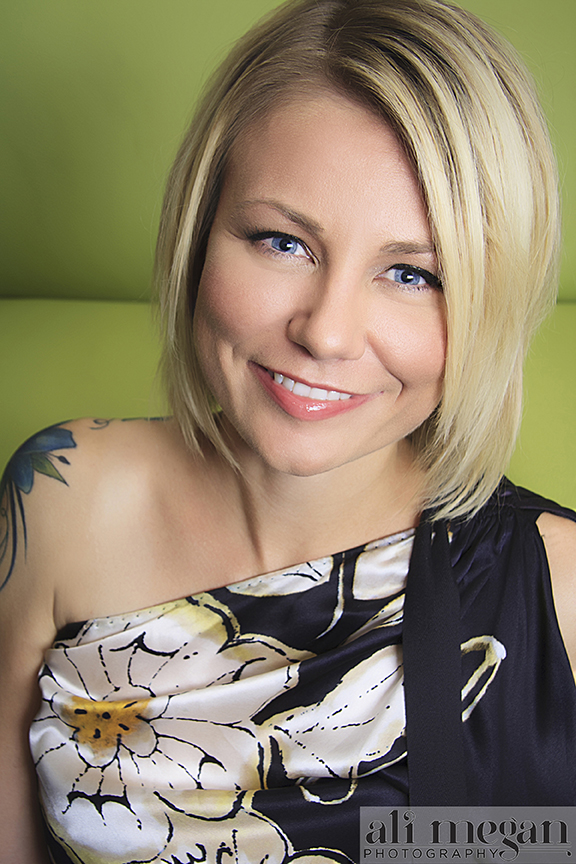 
A.L. Jackson is the New York Times bestselling author of Take This Regret and Lost to You, as well as other contemporary romance titles, including Pulled and When We Collide.


She first found a love for writing during her days as a young mother and college student.  She filled the journals she carried with short stories and poems used as an emotional outlet for the difficulties and joys she found in day-to-day life.


Years later, she shared a short story she’d been working on with her two closest friends and, with their encouragement, this story became her first full length novel. A.L. now spends her days writing in Southern Arizona where she lives with her husband and three children. Her favorite pastime is spending time with the ones she loves.


Amy is giving away:


2nd prize: print ARC copy of Come To Me Quietly (will send out when ready to winner)


a Rafflecopter giveaway
Posted by Naughty and Nice Book Blog at 8:00 AM