BLOG TOUR: ALL WRAPPED UP by BRAXTON COLE 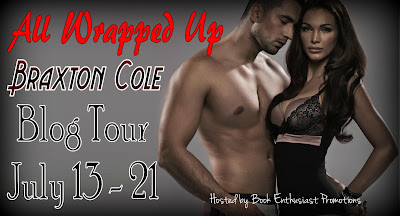 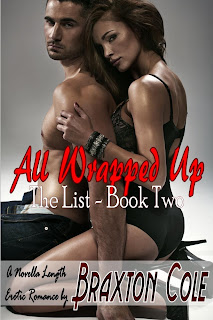 All Wrapped Up is Book Two in The List Series.
Mari and Luca continue to work through their list of sexual fantasies in All Wrapped Up, Book Two in The List Series. They've abandoned their original plan of no strings attached and, for the most part, Mari's learning to be okay with it. She definitely likes Luca's strings (and whatever else he might use to restrain her), but she's not sure she's ready to take the next step in their relationship. Luca, sweet, strong, commanding Luca, insists that it's time to move in together. Mari insists it's time to relax and enjoy what they share without complicating things.
With every moment they spend together, Luca shows Mari how good they could be together. Will Mari run away from her emotions, or does Luca have her all wrapped up?
All Wrapped Up is a novella length erotic romance and contains mature adult themes, including graphic and explicit sex.

Author Bio:
Braxton Cole lives in the Pacific Northwest where she spends most of her time holed up in her office writing stories. When she's not writing, she can be found riding her bike, hiking the fabulous local trails, chasing her kids, or wishing that her thumb was a little more green. She has a bad habit of killing what she tries to grow, but hasn't given up hopes of one day being a successful urban farmer.
Braxton writes erotic romance because romance is the stuff that makes life great, and sex is fun. The two belong together, both in life and in fiction.

“Are you just going to watch?”

Luca moved behind her and released the clasp on her bra. He eased it off her shoulders, then circled her chest to cup her breasts in his hands. She gasped and let the bra slip off. It floated to the floor and landed on top of her dress. Luca caressed her, adjusting his grip to squeeze her nipples lightly between his fingers.

“What do you want me to do?” Frankly, watching Luca work her up so quickly was causing the most delicious reaction in my body. My stomach and cunt clenched with every stroke of his fingers over her nipples. When she whimpered and rested her head back against his chest, my pussy flooded with new arousal.

She rolled her head side to side, but didn't answer.

“I want you to kiss her.” Luca plucked at her nipples, pulling them taut and rolling them between his fingers hard. “Here.”

I stayed in my seat. As much as I wanted to please Luca, I needed to know Rachel was on board, too. “Is that okay with you?”

She nodded, the movement jerky and enthusiastic. “Yes,” she moaned.

I stood and loosened the belt on my robe. I let it slip from my shoulders and down to the floor as I took the few steps to close the gap between us. When I reached them, I stretched up to kiss Luca first. What I intended to be a quick peck hello escalated when he slanted his mouth against mine and licked at my bottom lip. I pushed my body close to Rachel’s, Luca's hands pinned between us, and let him kiss me as he wanted.

Rachel clutched at my hips and dropped her head against my shoulder. She moaned in my ear as her nails scraped against my flesh. Luca adjusted his hold until he could grasp both of our nipples at the same time. He pressed them together and rolled them against each other. Fire shot from my nipples to my cunt and I bucked against Rachel.

“Fuck,” I groaned into Luca's mouth, then pulled away with a gasp when he did it again.

Luca smiled at me over Rachel's head, then circled his hips against Rachel, forcing her tighter against me. He lowered his eyes, drawing my vision down with his. The sight of my breasts

List #5 (Luca Loves Mari)
1.       Your Song, Ewan McGregor
Okay, seriously, who didn’t fall in love with Ewan McGregor falling in love with Nicole Kidman in Moulin Rouge? So damn sexy and romantic. And Luca is aching for Mari in exactly this way.
http://www.youtube.com/watch?v=REGzrwMj_N4

2.       I Won’t Give Up, Jason Mraz
This song...oh...just so sweet and romantic. He promises to be patient and love her no matter what and to never give up on their love. And I don’t care how many people tell me this is actually a break up song, I refuse to believe it. Besides, Luca really won’t give up.
http://www.youtube.com/watch?v=O1-4u9W-bns

3.       Take Care, Drake, ft Rihanna
This song is beautiful, sensual, and so full of love. Luca would definitely play this for Mari.
http://www.youtube.com/watch?v=-zzP29emgpg

4.       Kiss Me Slowly, Parachute
Co-written from the guys from Lady Antebellum. Super romantic. This song makes me want to go for a walk on the beach, holding hands at sunset. Luca is romantic enough to do that with Mari if she’d let him. Plus it has an awesome lyric about “When the time comes, don’t run. Just kiss me slowly.” You know he’s thinking that every time he says the words “I love you.”
http://www.youtube.com/watch?v=lXqYw_II6Pc

If y’all haven’t figured it out yet, Al Green is the king of sexy grooves. And this song is all about a man (Luca) begging for a good woman (Mari) to save him from being alone. He know she loves him, but he also knows she’s afraid to admit. He wants her to be brave enough to own her emotions.
http://www.youtube.com/watch?v=Tdw7kxD8eUc 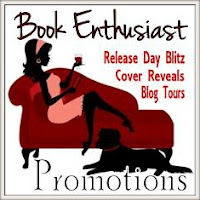 Posted by Naughty and Nice Book Blog at 7:20 AM