SAVOR YOU by EMILY SNOW

Kylie Wolfe and guitarist Wyatt McRae have been bad for each other for the last several years, but it’s impossible for them to end their toxic push and pull. Not when their attraction is constantly fueled by lust and proximity—she’s her older brother’s Lucas’s assistant and Wyatt is his best friend and band mate.

So when Your Toxic Sequel makes a move to record a new album in Nashville, Kylie decides to make the latest break with Wyatt official by getting the hell out of town. She’ll spend a week in New Orleans. A week to immerse herself in the Mardi Gras scene. One week to not think about the last time she was in New Orleans, seven years ago with Wyatt. Seven days where she won’t have to see Wyatt every day just to fall ridiculously in love with him all over again—where, if she wants to, she can have a normal, no-strings attached fling that won’t end in heartbreak.

Too bad Wyatt ruins everything by showing up, as gorgeous and demanding and goddamn awful for her as ever.

Wyatt refuses to let Kylie give up on him. Not without reminding her why they both fell so far and hard in the first place. Not without making her savor the good memories and what could be their last chance with each other.

Note: This is a spinoff from the Devoured series. 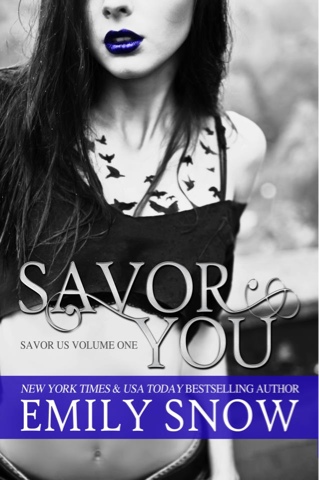 Posted by Naughty and Nice Book Blog at 8:40 PM