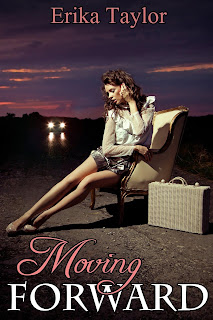 Jesika Reynolds’ heart was left broken one year ago when her husband died, leaving her and her son alone in this world. Slowly, she started putting the pieces back together of her life. Knowing that she may never open herself up to love again. That was until the day Derek came into the picture.

Why does this gorgeous stranger seem to care so much, so suddenly?

Derek Jordan's charm drew her in with an instant connection, and familiarity that helps her feel at ease. Her heart is falling at his feet, but as their relationship grows, so does a secret from both of their pasts that neither saw coming. One by one, the threads slowly start to unravel.

Can their newly sought love stand up against the secrets that life is unlocking to their pasts? Or can they decide together that moving forward and forgetting the past is the only option for them to find true happiness?

“Today is the type of day people who have lost someone they deeply loved dread. For me, it’s a day I can either let it pull me back two steps or I can continue to keep moving forward with my life.”-Jesika Reynolds

Jesika Reynolds is slowly picking up the pieces of her life a year after her husband, Jake, was killed in a car accident. Coming to terms that her heart may never heal, she focuses all of her energy on her son & her job.  That was until she met Derek Jordan.

"It's beyond my control that with all the sadness I was feeling, that it's instantly overshadowed as soon as his All-American boy physique takes a seat next to me."
- Jesika Reynolds

Derek Jordon has experienced his own heartbreak and is a single father.  He is a firefighter and he is the drummer in the band, The Rifters.  Yes ladies he his HOT! He has watched Jesika from afar for a while.  He knows she has suffered with the passing of her husband.  He finally gets his chance to talk to her when they are both at career day at their children’s school.  Jesika felt an instant connection to Derek.  But will secrets from their pasts stop them from having the future they both want?

"Staying away from her has been damn near impossible.  I  feel drawn to her like there's a force field of energy that has been pulling me into her life."- Derek Jordan

Mallory, Jesika’s best friend, is hilarious and she is all sex with no strings until she meets Derek’s brother, Seth.  Seth is the lead singer of The Rifters and he enjoys the attention he gets.  After having his heart broken, he claims he will never be in a relationship again.

Derek & Jesika’s love story is one you don’t want to miss.  I like that we get to read both Jesika and Derek’s point of views.

I look forward to reading "In the End" which is about Jake before he dies, and also "No Going Back" which will be Seth & Mallory’s story.

This guest review has been provided by Chrissy Rose Rhem.

Posted by Naughty and Nice Book Blog at 3:00 PM