BLOG TOUR -- the girl in 6E by Alessandra Torre 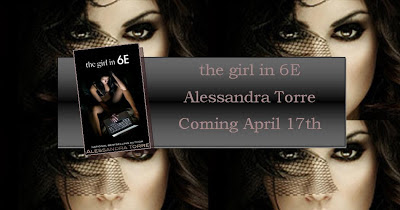 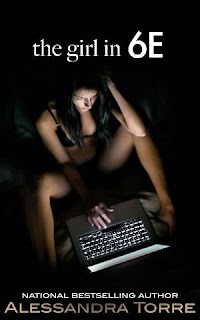 I sew men for money. Not literally, think phone sex operator with a 15 megapixel web cam thrown in. They tell me their deepest, darkest fantasies while paying me $6.99 a minute.
What would possess me to engage in such a business? Throw in a tortured past, 24/7 murderous thoughts, and a desire to keep the innocent people of my small town safe.

I was contained, out of the way, sexcamming my way to utter obscurity until HE came along. A twisted client armed with a targets name. Annie. And in that name, everything changed.
Warning: This book contains explicit sexual references, and should not be read by anyone under the age of 18.

After DeAnna a/k/a Jessica experiences a horrific event when was young.  DeAnna hides a secret deep inside her.  After the tragic events of her past, she isolates herself due to her urges to kill, which has forced her to become a hermit and lock herself in her apartment.  She isolates herself from society and all human contact. Everything she needs, she gets off the internet or from people she meets online.

"Jessica. Not my real name. He thought he knew me. They all thought they knew me.

After all, they've seen my Facebook page, seen the photoshopped photos that construct my manufactured life. They believe what they see because they want to believe."

While sex camming, one particular client has a fetish with role play.  He requests that DeAnna dress a specific way to make herself look innocent, younger and the client asks if he could call her Annie.  She has sex cammed with this individual on various occasions.  Something just seems off and DeAnna uncovers something and must decide how to handle this situation.  Does DeAnna have a moral obligation to report her suspicions to the authorities?  Will the authorities believe her, if she tells them she discovered this while sex camming or will see have to get involved?

There is romance in this book as well.  DeAnna receives packages on a daily basis.  She has her meals delivered to her apartment on a monthly meal plan.  She has an arrangement with the UPS man, Jeremy, he knocks, she thanks him for leaving the package at the door, he signs her name and then he goes on his way.  The UPS man is very curious about DeAnna.  He wants to know more about her, get a glimpse of her.  Jeremy becomes very intrigued by DeAnna.  DeAnna on the other hand likes that Jeremy accepts their arrangement, by just knocking and leaving the packages at the door.  This all changes one day, when DeAnna does not respond when he knocks, therefore leaving Jeremy to think that something is wrong inside the apartment.  How will DeAnna react towards Jeremy's concern for her?

This book was totally different from the books that I usually read.  I was intrigued by the subject matter and the story line that develops throughout the book. Over all, I enjoyed it.
I received an ARC in exchange for an honest review.  This review was prepared by Heather. 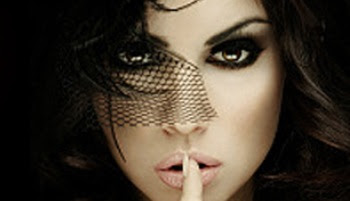 Alessandra Torre is an exciting new author who astonished the publishing world with the success of her first novel, Blindfolded Innocence. Initially self-published, the intriguing romance and erotica title quickly rose to the top of the charts on Kindle and Amazon and attracted the interest of major publishing houses. Currently available on Kindle, iBookstore and Nook, Blindfolded Innocence will be available in print in 30 different countries through Harlequin Publishing in June 2013.
Torre’s captivating story about a young intern’s sexual awakening has won praise and rave reviews from numerous critics, bloggers and book reviewers, including the acclaimed Dr. Laura Berman. In her recent article “35 to Read After 50″ in Everyday Health, Dr. Berman recommended Blindfolded as a must-read for book enthusiasts searching for a new fix after Fifty Shades of Grey. The book has also received high marks from readers on Goodreads and other literary web sites where fans frequently remark they can’t wait for a Blindfolded sequel!
Momentarily stunned by the book’s rapid success and loyal following, Torre is currently at work on a thriller that will be released in the next two months as well as a sequel to Blindfolded. From her home near the tranquil warm waters of the Emerald Coast in Florida, she devotes several hours each day to various writing projects and interacting with her fans on Facebook, Twitter and Pinterest. Happily married to her “best friend” and with one son, she loves watching SEC football games, horseback riding, reading and watching movies.
Email her at alessandratorre4@gmail.com  * Like her on facebook  * Follow her on twitter  * Fan her at www.goodreads.com/AlessandraTorre  * Follow her on pinterest


GET YOUR COPY OF "THE GIRL IN 6E FROM AMAZON:
the girl in 6E - AMAZON LINK
a Rafflecopter giveaway