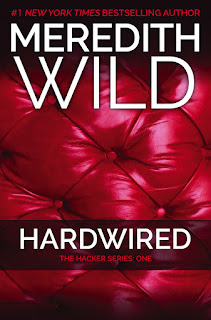 Determined to overcome a difficult past, Erica Hathaway learns early on how to make it on her own. Days after her college graduation she finds herself face to face with a panel of investors who will make or break her fledgling startup. The only thing she didn't prepare for was going weak in the knees over an arrogant and gorgeous investor who's seemingly determined to derail her presentation.

Billionaire and rumored hacker Blake Landon has already made his fortune in software, and he's used to getting what he wants with very little resistance. Captivated by Erica's drive and unassuming beauty, he's wanted nothing more since she stepped into his boardroom. Determined to win her over, he breaks down her defenses and fights for her trust, even if that means sacrificing a level of control he's grown accustomed to. But when Blake uncovers a dark secret from Erica's past, he threatens not just her trust, but the life she's fought so hard to create. 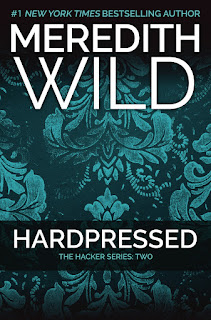 Despite Blake Landon's controlling ways, the young and wealthy hacker finally won the trust of the woman he loves. Internet entrepreneur Erica Hathaway broke down the walls that kept her from opening her heart and her business to Blake. Ready to start this new chapter in her life, Erica is determined not to let anything come between them, even if that means giving Blake back some of the control he craves in and out of the bedroom.  But when demons from her past threaten their future, Erica makes a decision that could change their lives forever. 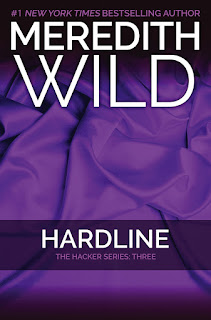 Software mogul Blake Landon has met his match in headstrong Erica Hathaway. While his controlling nature and her independent spirit continue to battle, Blake has no intention of letting her out of his life again. Erica has given Blake her trust and her love, determined that they will conquer any challenges together. But when he demands more and tests the boundaries of her commitment, she is forced to face the dark desires he's kept hidden. As their bonds grow tighter, their enemies close in. With Erica's start-up in danger, Blake's frustration grows as he tries to protect her from those who would ruin her only to get to him. Can their relationship survive when Blake's enemies cross the line and threaten more than her livelihood? 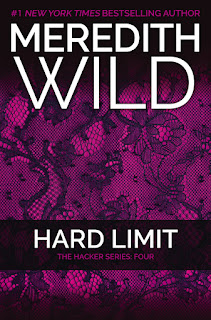 Blake Landon is a man who has everything-wealth, good looks, and the love of Erica Hathaway. The power couple has been through hell and back, and when life has torn them apart, somehow they have always found their way back to each other, more in love and stronger than ever.  On the verge of making the ultimate commitment, Erica uncovers an unsettling chapter of Blake's history. As she makes peace with her own past and the family who left her behind, she presses Blake to tear down the last walls between them. Determined to know the man he once was, she opens a door to a world beyond her wildest imagination-a world that has her questioning the limits of her own desires. As danger lurks and dark secrets come to light, will the past destroy their promise of forever? 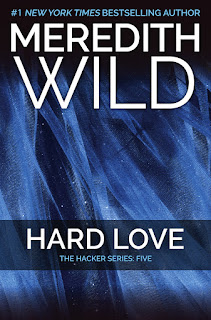 Days after their wedding, Blake and Erica Landon embark on their honeymoon-a journey that deepens their bond and promises to fade the scars of their past. Just when their troubles seem safely behind them, scandal surrounding would-be Governor Daniel Fitzgerald's election threatens their newfound peace. Back home, Blake finds himself at the center of the controversy, haunted by the transgressions of his hacker past that he has no wish to relive.
With Blake's freedom at stake and their future in peril, Erica will stop at nothing to clear his name. But when Blake defies the authorities and refuses to seek the truth, their world gradually begins to crumble. Will he let his past win? Or can Erica convince him that their life together is worth fighting for-now more than ever...

We walked the now familiar path back to our hotel, through the dark uneven streets out of Dublin’s city center. A hint of rain and the lingering scent of the fresh flowers that had been sold on the streets hours earlier filled the air.
I held Blake’s hand, admiring the details of the building architecture framing the old streets, greeting the bright-eyed faces that met us on the sidewalk. It was almost midnight, but our schedule was a mess and I was in no rush to be anywhere as long as we were together. Seeing my old professor again had been a flashback to a simpler time in my life. So much had happened since that first meeting in the Angelcom boardroom that he’d arranged with Max’s initial support. I could have never known then that I’d fall head over heels for the cocky investor sitting across from me…that I’d be his wife. But here we were, bound together as closely as two people could be.
Blake caught me closer to his side and brushed a soft kiss over my cheek. “I like Brendan. I can see why he’s become a friend.”
I smiled. “It seems odd to call him that, but it’s true. He encouraged me to build the business when I had so many doubts. He’s the reason I took the path I did.”
“A path that led you straight to me.” He squeezed my hand. “Lucky me.”
I was lucky too. I couldn’t deny it. But I could have never imagined traveling the road I had.
“You’re quiet. What are you thinking about?” he asked.
I blew out a breath and shook my head. “The business, I guess. I can’t help but feel like I…failed somehow.”
He glanced down at me. “You didn’t fail. You learned.”
I scuffed the sole of my boots against the stones as we walked, avoiding his stare.
“I’ve been around the block a few times, you know. You should trust me.”
I smirked. “That’s why I married you, of course. For your business acumen and wealth of knowledge.”
He lifted an eyebrow.
“And your mountains of money,” I added quickly.
He frowned. “You’re trying to tell me you didn’t marry me for my dashing good looks? I might be insulted.”
I pursed my lips, trying to look serious. “If I had to pick one thing that tipped the scales, I’d say it was your exceptional skills in bed. I think that’s where you really excel.”
“Well then”—he laughed, his eyes twinkling—“at least my purpose is clear.”
He gave my ass a firm squeeze. Laughing, I pushed him away as we approached a street performer who was crooning for the barest of audiences. A small group of French-speaking tourists stood nearby, and an older man, dirty from the streets, sat on the opposite side of the street with a sloppy grin.
We slowed to listen as the tourists dispersed. The song was sad, but rich with love—raw and emotional the way he delivered each verse. Blake turned me to him, bringing us chest to chest. Our fingers laced, his breath warm against my hair, he led us into a simple nameless dance. I swayed toward him and closed my eyes, clinging to his muscular frame the way I clung to every magical moment between us.
Straining for the lyrics through the singer’s thick accent, I caught the verses.
When misfortune falls sure no man can shun it.
I was blindfolded I’ll ne’er deny.
Now at nights when I go to my bed of slumber,
the thoughts of my true love run in my mind.
Another moment passed as the young man’s voice faded into the night. The song was a somber one, made light only by his passionate delivery of it. Like so much of life, the pain was what you made it. He’d made something sad beautiful.
I sighed, still tight against Blake’s chest. His body emanated warmth. His heartbeat was a steady reminder of his support, his love—a force that had saved me, changed me, and healed me in ways I’d never thought possible. He tipped my chin up, the glint in his eyes matching the passion in my heart. He parted his full lips, but hesitated, a wordless moment passing between us.
“I’m going to show you the whole world, Erica.”
“I can’t imagine enjoying a minute of it without you,” I whispered.
He stilled our slow dance, tracing a fingertip over my lips, his countenance now serious in a way that threatened my next breath.
“And I’m going to make you fall in love with me all over again. Every morning and every night. In every city and at the edge of every ocean. I’ll remind you why you’re mine and why I’ve always been yours.”
I drew in an unsteady breath, feeling his promise all the way to my soul. Swallowing hard, I found my voice. “I think you’re on the right track.”
I arched toward him until our lips met. Soft and slow at first, the kiss went deeper, stealing every thought that didn’t revolve around his taste and touch.
We broke apart slightly when a gravelly voice interrupted us.
“Go make love to her, lad, before she changes her mind already.”
Behind us, the man who’d made his home for the night in the entryway of a high-end store offered an imperfect grin, pairing his words of wisdom with a friendly tip of his small bottle of liquor.
I smiled, and Blake, by the dark look in his eyes, seemed to immediately accept the stranger’s challenge.
“I plan to,” he murmured, his tone all velvet and delicious threat. My skin tingled and he took my mouth again with a kiss that promised so much more. 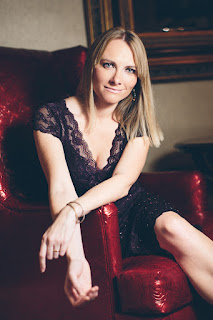 About the author:
Meredith Wild is a #1 New York Times, USA Today, and international bestselling author of romance. Living on Florida’s Gulf Coast with her husband and three children, she refers to herself as a techie, whiskey-appreciator, and hopeless romantic. When she isn't living in the fantasy world of her characters, she can usually be found at www.facebook.com/meredithwild. You can learn more about her upcoming projects at www.meredithwild.com.