Enter the steamy southern world of Carolina Bad Boys, the books that got readers hooked on hot sex, killer banter, and unexpected twists. 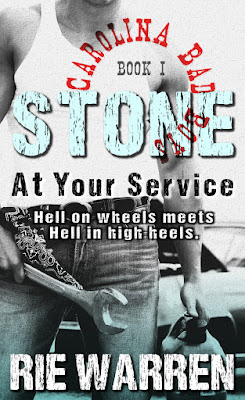 Macho mechanic Josh Stone likes to get his hands dirty any way he can. Ever since his wife walked out on him and their young son, he’s only had room for two loves: the kid and cars.

While pretending to be his best buddy’s gay lover during a romance writers convention, the player meets the girl who’s gonna rock his world. Leelee Songchild. She blushes at the drop of a hat yet writes hardcore smut to rival Penthouse Forum. To Josh she’s a killer combination. But when the truth comes out all hell breaks loose.

Too bad romance is just for books. 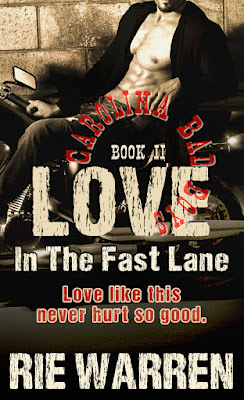 New York Times bestselling paranormal author, Nicky—Nick—Love is anything but successful in love. This super hot alpha male’s been too busy running from his past and a pack of rabid female fans. Everything comes to a head when he meets the Wildcat of his dreams.
Cool-as-ice Catarina “Wildcat” Steele is utterly untouchable until Nicky ignites a spark she can’t control. Their electric attraction explodes as Nicky pursues her, but he comes bearing the baggage of a family tragedy he’s hidden from everyone. Their passionate romance falls apart when Nicky discovers Cat’s secret rivals his own.
Will they be torn apart . . . or tamed by love? 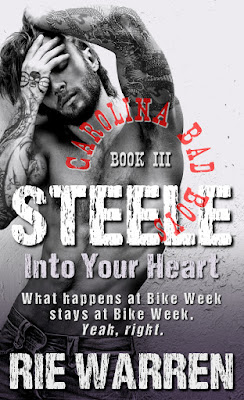 Brodie Steele is a badass biker dude. Ashe Kingston is a hot cop with one helluva a ’tude. Their bad blood runs deep but their attraction runs too hot too handle. They make a pact. Sex. No strings attached. One week only. What happens at Bike Week stays at Bike Week. Yeah, right.

Ashe annoys the ever lovin’ hell out of Brodie and turns him on so much he can’t see straight. He keeps coming back for more. Ashe wants no part of Brodie outside of their no-strings-attached fling. But he’s hard to resist with his inked sleeves and rebellious ways, not to mention piercings in places that make Ashe melt. Brodie Steele is dangerous, delicious, and suddenly determined to have her.

Can their hot bond win out over the bad blood of years past? Or will Ashe be taken from Brodie before she lets him into her heart?

~Also in the Carolina Bad Boys series: Ride, In Between the Covers. The book within the book from Stone. 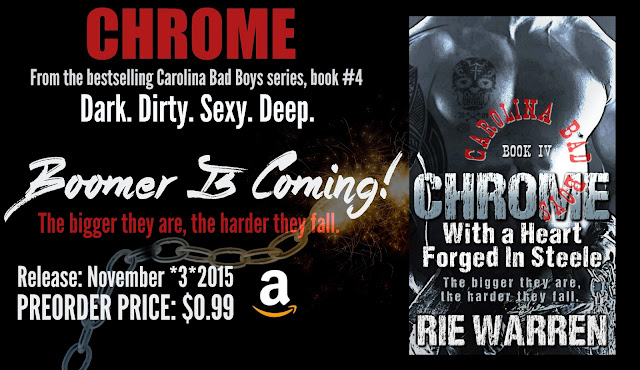 CHROME
With a Heart Forged in Steele

Boomer Steele is big. He’s bad. He’s the Retribution MC pres. He’s been dealt the worst hand imaginable and bears the scars inside and out. Not that anyone knows it. He’s watched his younger brother and sister hook up and hitch up with the loves of their lives, and now he’s the last Steele standing alone. Maybe he should keep it that way.

Then one feisty honey makes him feel, gets in his grill, pisses him off.

She goes by the name of Rayce. And that’s exactly what she does on her motocross bike when she’s not busy getting her hands dirty with her fellow grease monkeys as the only female mechanic at Stone’s Garage. She’s into fixing bikes, racing hers, and making Boomer’s life a living hell just for the fun of it. Oh, and she hates being treated like a girl.

Sparks flying? That’s an understatement where these two are concerned. Yet when Rayce needs a place to live, and Boomer offers her a room in his house, their unquenchable attraction wins out over antagonism. Sometimes. Rayce’s crappy upbringing makes her think love is for stupid fools asking for heartbreak. She’s not willing to go there for any man.
Not even Boomer Steele.

The bigger they are, the harder they fall. 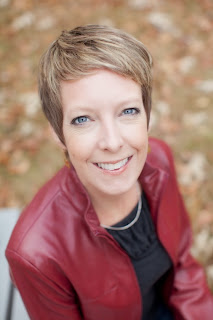 Rie is the badass, sassafras author of Sugar Daddy and the Don’t Tell series–a breakthrough trilogy that crosses traditional publishing boundaries beginning with In His Command. Her latest endeavors include the Carolina Bad Boys, a fun, hot, and southern-sexy series.

You can connect with Rie via the social media hangouts listed on her website https://www.riewarren.com. She is represented by Saritza Hernandez, Corvisiero Literary Agency. http://www.corvisieroagency.com/Saritza_Hernandez.html

a Rafflecopter giveaway
Posted by Book Plug Promotions at 3:30 AM