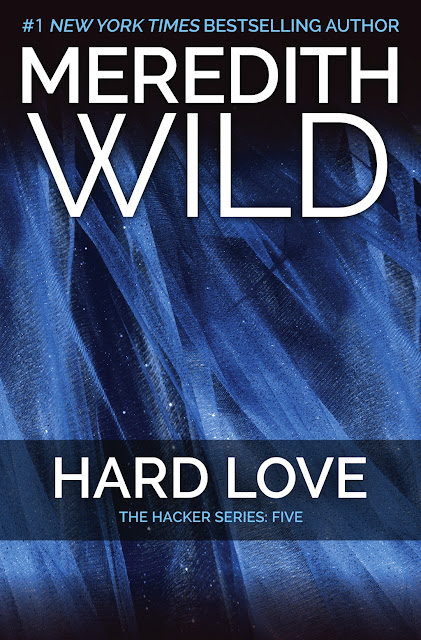 Days after their wedding, Blake and Erica Landon embark on their honeymoon-a journey that deepens their bond and promises to fade the scars of their past.

Just when their troubles seem safely behind them, scandal surrounding would-be Governor Daniel Fitzgerald's election threatens their newfound peace. Back home, Blake finds himself at the center of the controversy, haunted by the transgressions of his hacker past that he has no wish to relive.

With Blake's freedom at stake and their future in peril, Erica will stop at nothing to clear his name. But when Blake defies the authorities and refuses to seek the truth, their world gradually begins to crumble. Will he let his past win? Or can Erica convince him that their life together is worth fighting for-now more than ever...

This review may contain spoilers from the previous 4 books in the Hackers Series, proceed with caution if you have not read them.

Hard Love is the 5th and final book of the Hackers Series, you cannot read this book as a stand alone and the series should be read in order as the main characters remain throughout the series.  Hard Love starts off where Hard Limit ended, Erica and Blake are now a happily married couple on their honeymoon.  They have taken the month to travel some of their favorite spots in the world and everything is perfect, Erica is physically healing and Blake will not let her out of his sight.  He has the love of his life and she is healthy and he is ready to move forward with their life together.  They are a team, there is no more secrets and while Blake knows he still has a dominant personality and the need to take care of the ones he loves he knows Erica is his equal, his match, his partner in life and nothing can bring them down, nothing….  At least that is what he thinks but life just shows him almost immediately after returning home that he is wrong and he is wrong in a huge way.

We all know Daniel Fitzgerald, Erica's evil biological father, was running for Governor and when they return Blake and Erica learn he won and he apparently won huge.  Within a few days of being home the FBI is at  Blake's door accusing him of being involved in tampering with Daniel's campaign.  He has a history of his hacking from when he was a young teen, this record was supposed to be expundged but the FBI Agent in charge of the investigation is centering on him due to his wife just recently being outed as Daniel's illigitamite child and everyone knows that Blake will do ANYTHING for Erica.

Blake and Erica soon figure out what is going on and who is behind everything.  The problem is Blake has had bad experiences and he believes he did nothing wrong so nothing can touch him so he wants to let things play out.  Erica on the other hand wants to fight for him, for them for their family and this causes some serious tension for the newlyweds.  But Erica is strong and she fights and she gives Blake the kick he needs to fight along side of her.

I loved this series, I really did.  It had the perfect combination of characters, romance, mystery, suspense, a hot alpha man who is also troubled, an independent strong woman who has had a crap life, completely hot scenes, great best friends, wonderful families, deceitful exes, I could go on.  But I really have a problem with the final of this series and maybe it was my expectation of what the final would or should be like in my mind.  But what I expected with little angst, the start of their lives together and maybe some progression of years and not even just Erica and Blake, there was Heath & Alli, Sid, James, Fiona, Parker, Marie honestly the list is endless as to what we could have learned about with time.

There could have been some closure to some really crappy relationships and retribution from those crappy people, I don't expect everyone to evolve and become good people but closure would be nice.  Sophia was a HUGE part of Blake's life, she caused so much trouble for him but not only that she literally broke Erica's heart on two separate occasions; when she sent her that package in the mail and when she pulled the stunt of buying her company out from under her.  Blake never confronted her, he never went after her for what she did, he blamed others when it was 100% Sophia who did all of this.  Then there was a scene in this book where it was implied she may have pulled another stunt to get him to come to her, one that was over the top but he just said he wasn't going and feeding into her.  Which I get and can understand but there was no closure to them.  I think there was just so many open doors from the previous books that this book could have tied everything up nice and neat and it almost didn't happen in any of it.  Things were just dropped or ignored and I realize that is how Blakes personality was in the books, it was his personality but in 5 books you would like to see one of the main characters evolve and grow.  In life you can't ignore problems and people and they just disappear and that is kind of how I felt the ending transpired and I wanted to love it but I have to admit my disappointment.

I loved the series overall and the other 4 books were 4 & 5 star reads for me, unfortunately for Hard Love I have to say this is a 3 Star read.

This review was prepared by Heather McLaughlin. An ARC was received in exchange for an honest review.

Posted by Naughty and Nice Book Blog at 3:05 PM