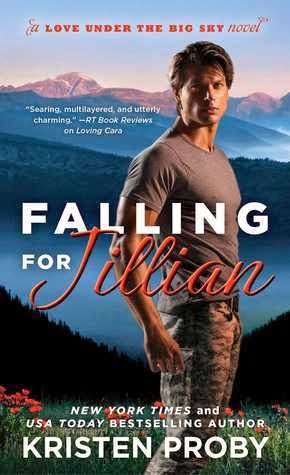 From New York Times bestselling author Kristen Proby comes the third romance in the Love Under the Big Sky series, featuring a veteran struggling with PTSD and the one woman who can help him recover—and learn to love again.

Jillian thought she was a city girl through and through; the fast cars, high fashion, and glamour—she loves it all. But when her ex tells her he’s having a baby with his new wife (after Jillian struggled for years to get pregnant), she hightails it back to Montana to cry on the shoulder of her best friend, Cara.

But in truth, Jillian would rather be comforted by someone else…specifically Zack, Cara’s brother-in-law. Zack is a veteran of the Iraq War who came back to the family ranch to raise his preteen son after the boy’s mother took off. He’s struggling to re-establish a relationship with his son, and warding off the demons of PTSD, which still haunt him. The last thing he needs is bold, brassy Jillian…but why can’t he keep his hands off her?

The build up of getting to know Zack was what made this book for me.  When we first met Zack in "Loving Cara" he was broken, returning from combat in Iraq and suffering from PTSD.  As the series went on, we saw Zack struggle with his demons from this past.  Zack didn't let people in, only those that he knew.  So when Jillian a/k/a Jilly peaks Zack's interest, he has to learn to let people in.  The problem is, Jilly has her own walls up.  She doesn't let anyone in either.

As Falling for Jillian unfolds we see how both Zack and Jillly struggle with expressing their feelings. Zack feels a connection to Jillian, one that he wants to pursue.  Jilly is quite stubborn, so he definitely has his work cut out for him.  Once they begin to break each other walls, they need to trust each other.  But TRUST does not come easy for either one of them.  The two of them have been burned in the past.

Will the two of them be able to leave their pasts behind them?  Will their pasts keep them apart?  Can they two of them let their walls down, to allow the other in?  When Zack and Jilly realize they are falling, how will they handle it?  Will they push the other away for fear of rejection?  Do they feel the same about each other?  When one feels like they were deceived, will they be able to forgive the other?

Falling for Jillian is the last book in the Under the Big Sky series.  I am sad to see yet another one of Kristen's series come to an end, but I know there is more amazing books to come from this fantastic author.

I would like to thank Jillian for stopping by Naughty and Nice Book Blog to answer a few questions.  I promise the interview will be quick and painless.

Heather: You keep a wall up to protect yourself from others.  What was it about Zack that made you want to take a chance on him?
Jillian: "Well, let’s face it, he’s hot. ;-) Zack is a sweet guy. And the chemistry between us is off the hook."

Heather: Jillian, your relationship with your mom is pretty much nonexistent.  Do you think you will ever tell your brother, Ty the things you experienced as a child with your mother, so he better understands your feelings?
Jillian: "No. The past is the past."

Heather: Jillian, after forgiving Zack for his reaction toward you being pregnant.  Why did you still feel as though you couldn’t trust him?
Jillian: "Trust is earned, Heather, and I don’t trust easily."

Heather: At any point did you second guess your decision to pursue your relationship with Zach because of his crazy ass ex-wife?
Jillian: "His ex-wife is always going to be an issue because of Seth, but Zack and Seth are so wonderful." 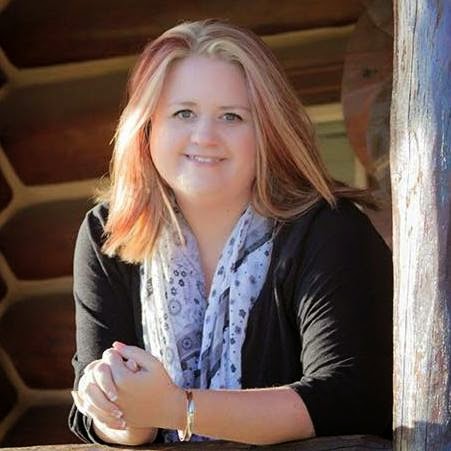 Stay in touch with Kristen: