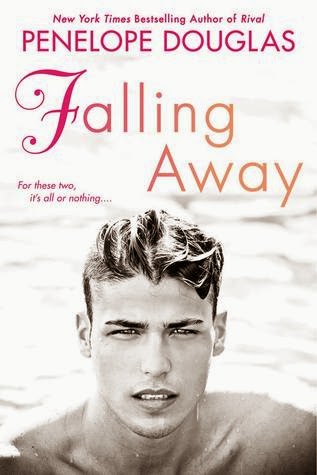 Jaxon is the guy she’s supposed to avoid. K.C. is the girl he won’t let get away....

K. C. Carter has always followed the rules—until this year, when a mistake leaves her the talk of her college campus and her carefully arranged life comes crashing to a halt. Now she’s stuck in her small hometown for the summer to complete her court-ordered community service, and to make matters worse, trouble is living right next door.

Jaxon Trent is the worst kind of temptation and exactly what K.C. was supposed to stay away from in high school. But he never forgot her. She was the one girl who wouldn’t give him the time of day and the only one to ever say no. Fate has brought K.C. back into his life—except what he thought was a great twist of luck turns out to be too close for comfort. As they grow closer, he discovers that convincing K.C. to get out from her mother’s shadow is hard, but revealing the darkest parts of his soul is nearly impossible.


Seeing how Jax watched KC and how he may not have always been vocal about his feelings for her, it appeared that Jared and Madoc knew how he felt towards her.   They warned him to stay clear of her, that he wasn't her type.  But would Jax listen?

When KC is home for the summer to complete her court-ordered community service, will Jax take opportunity to see if something will happen between the two?  Does KC have feelings for Jax?  When the two of them seem to keep running into each other, will either of them voice their feelings for the other?  Will Jax tell her all that he knows about her?  With KC's best friend Tate being away, will KC opt to hang out with Jax, her next door neighbor? KC has always lived by rules, always afraid to disappoint her mother.  Will she finally live her life for herself, and get out from under her mother's iron fist?

Jax is intense.  When he sets his mind to something, he will get it. The question is, how long will it take him?  Jax screams alpha male.  He knows exactly what he wants, and he isn't afraid to say it.  Some of the things that he would say to KC, even made me blush.  The chemistry between Jax and KC is evident.  The sexual frustration between the two was off he charts. There is that push and pull between the two of them.   The two of them both have walls up, but will they both be able to break them down?  Will the two of them be able to open up to each other?

I loved this book. My jaw hit the floor at the last chapter.  I can honestly say I never say that coming, and I can not wait to get my hands on AFLAME. I don't know if my heart can handle any more drama with this group.

With Falling Away, I only had one complaint.  I wish it would have started off with how Rival ended.  I wished we would have got to see how Jax seduced Fallon's mother and blackmailed her.

This is a great series to read.  I can only be grateful that there weren't guys like Jared, Madoc and Jax when I was in high school and college. (lol)

I received an ARC from the publisher in exchange for an honest review. 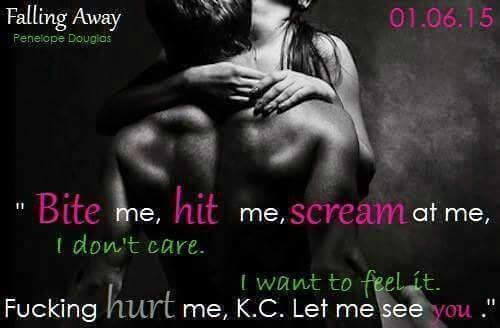 Penelope Douglas was born in Dubuque, Iowa and has a Masters of Science in Education from Loyola University in New Orleans. She lives with her family in Las Vegas.


LINKS FOR THE FALL AWAY SERIES

Posted by Naughty and Nice Book Blog at 9:04 PM