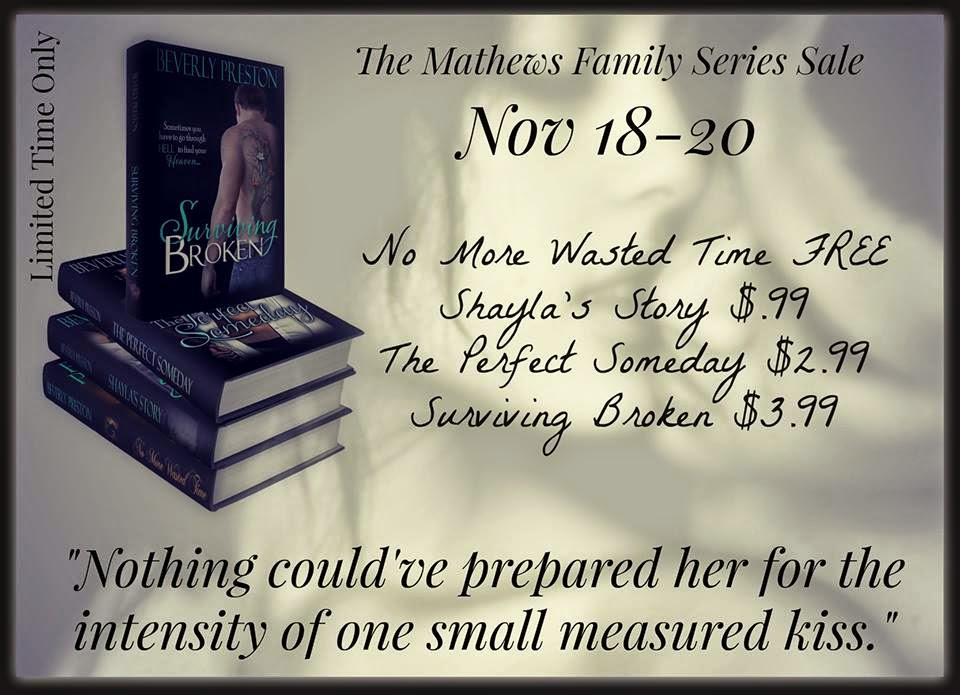 Laugh, Cry, and Fall in Love ~ The Mathews Family Series

After losing her husband to a sudden heart attack, Tess Mathews escapes to Bora Bora to lay her husband and sorrow to rest. What she doesn’t expect is a new beginning.
Tom Clemmins is an A-list actor whose life revolves around work and an onslaught of women. He travels to Bora Bora for a much-needed break. Tom has a few ideas of how he’ll enjoy his vacation, but love isn’t one of them. Until he sees Tess.
Reserving a private shark-feeding excursion to scatter her husband’s ashes into the lagoon, Tess is furious when Mr. Hollywood bribes his way onto the boat, leaving her no other choice but to share the boat ride.
Tess is torn between tremendous guilt and zealous lust when their boat ride turns into a week full of romance and desire neither thought imaginable. Utterly smitten with a woman for the first time in his life, Tom casts his commitment phobia aside and whisks Tess off to Malibu where he introduces her as his “girlfriend” on the red carpet.
As the paparazzi besiege, can Tess survive the media blitz that ensues in order to find her second chance at love?

~ People come into your life for a Reason, a Season or a Lifetime ~

A Reason…
Questioning her relationship with a man who worships politics more than her, Shayla Clemmins escapes reality for the seductive sunsets of Greece. There she finds exactly what she didn’t know was missing from her life, but fears she’ll lose him to her past.

A Season...
John Mathews works hard and plays even harder. When he finds a new passion in the sensual warmth of Greece, he discovers that one lust-filled weekend of romance is just not enough.

A Lifetime...
With Shayla’s past catching up to her and an anonymous threat to her future, can she and John make a lifetime together?

After a brief and mysterious rendezvous with future promises made, she returns home only to realize her dreams of the perfect man have been shattered—until an unexpected job opportunity presents itself in Italy.

Vincent is a fifth generation winemaker in the rolling hills of Tuscany. On the verge of losing his family’s estate, will Tracy Mathews, an up and coming marketing entrepreneur, be exactly what he needs to save his family heritage and his broken heart?

~ Sometimes you have to go through hell to find your heaven ~

Most women have a wish list when it comes to what kind of man they want to date. JC Mathews used a strict set of guidelines as a safety net to keep herself out of trouble and out of love.

On hiatus from the bright lights and speculative gazes of her career in the fashion industry, JC lets her guard down...only to the wrong man. After escaping Italy and the hands of her abuser, she returns to Malibu to recover. The last thing she expects to find is a large, gorgeous intruder swimming naked in her pool.

Reed Rider left Texas and his broken heart behind in order to settle his aunt’s affairs after her death. Seeking refuge from the California heat for a midnight swim in his neighbor’s backyard, he never expects to find the nude silhouette of a long-haired beauty standing at the water’s edge.

As their passion ignites and the pages of JC's rulebook fade to grey, she unlocks her guarded heart to begin a new chapter in her life. When hidden truths are exposed and secrets unravel, will they survive the threats from their broken pasts? 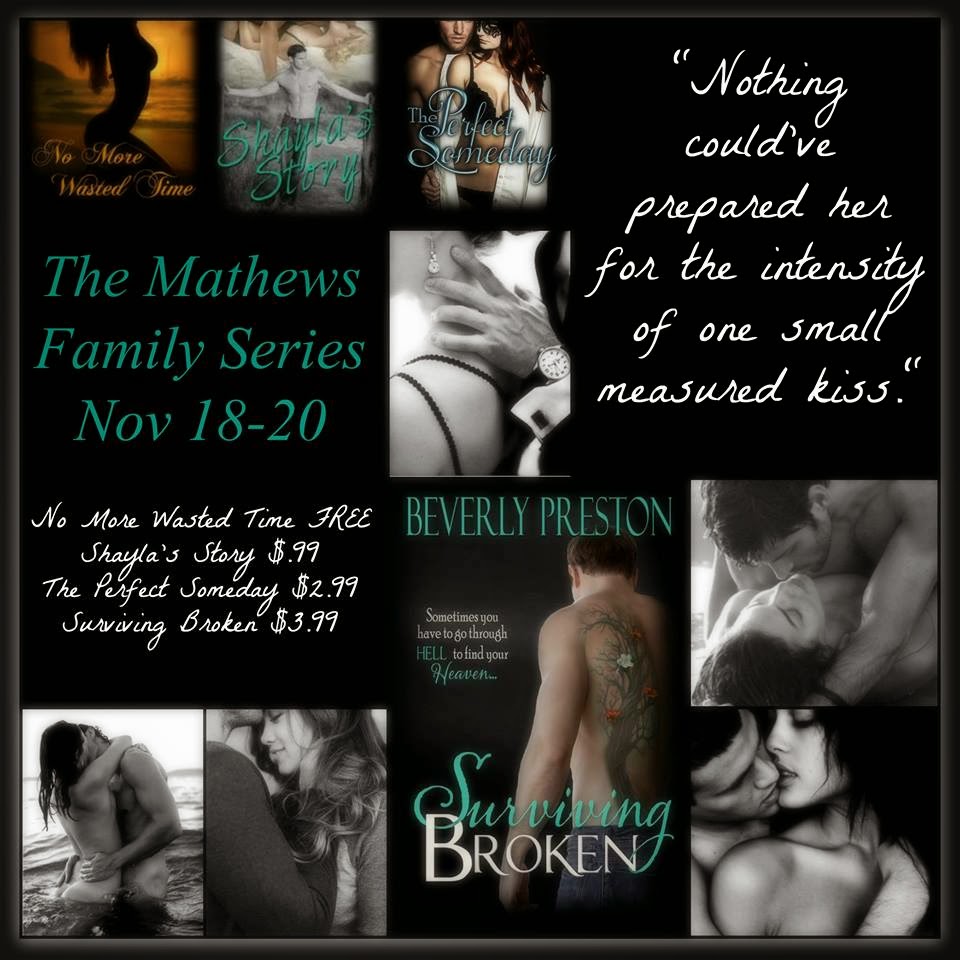 Posted by Naughty and Nice Book Blog at 9:33 AM