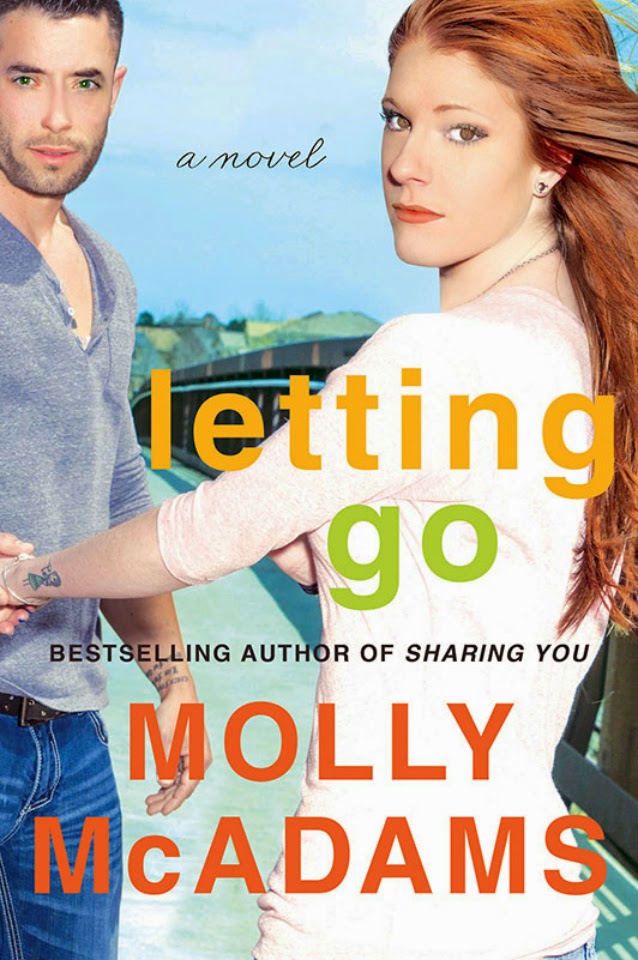 Grey and Ben fell in love at thirteen and believed they’d be together forever. But three days before their wedding, the twenty-year-old groom-to-be suddenly died from an unknown heart condition, destroying his would-be-bride’s world. If it hadn’t been for their best friend, Jagger, Grey never would have made it through those last two years to graduation. He’s the only one who understands her pain, the only one who knows what it’s like to force yourself to keep moving when your dreams are shattered. Jagger swears he’ll always be there for her, but no one has ever been able to hold on to him. He’s not the kind of guy to settle down.

It’s true that no one has ever been able to keep Jagger—because he’s only ever belonged to Grey. While everyone else worries over Grey’s fragility, he’s the only one who sees her strength. Yet as much as he wants Grey, he knows her heart will always be with Ben. Still they can’t deny the heat that is growing between them—a passion that soon becomes too hot to handle. But admitting their feelings for each other means they’ve got to face the past. Is being together what Ben would have wanted . . . or a betrayal of his memory that will eventually destroy them both?

I let my phone fall to the table, and sighed loudly as I rubbed my hands over my face. After driving around with the music blasting and windows down for a few hours, we’d come to one of the places we used to always go to before Ben died. They had live music on the weekends, and the best diner food in the area.
“Graham?” Grey guessed, and I grunted in confirmation.
“He just wanted to make sure you were okay.”
“You haven’t,” she began, but paused for a few seconds. “Have you been giving him updates too?”
“Seriously, Grey? Your brother hates me; I didn’t even know he had my number until a few minutes ago. Besides, if I had, he probably wouldn’t have said all that shit to you, and your family wouldn’t have acted like statues at the graduation.”
“I heard you say something about that to him before we left. So you noticed it too, huh?”
“Wasn’t hard to. My sister wanted to see you, but after we found you and saw the way they were all just staring at you, she was afraid to say anything.”
“Charlie was there? Were your mom and brother there, too?”
I stopped myself from rolling my eyes, and just shook my head instead. “No. Mom was probably busy with her new boyfriend or husband.”
Grey rolled her eyes at the mention of my mom’s boyfriends, and her lips tilted up in a soft smile. “I doubt that was the reason she didn’t show. But I wish Charlie had said something. I’ll have to call her this summer, or something. I haven’t seen her in forever.” Her mouth fell into a frown for a second before she turned to look at the stage when everyone clapped.
I hadn’t set foot in here in two years, and it felt strange, but good, to be in here again. Almost like I could see Ben sitting on the opposite side of the booth, right next to Grey. But just as soon as the memory hit me, it was gone. “Do you ever feel like he’s disappearing?” I asked suddenly.
Grey’s head shot up, her eyes wide as she took in my words. “What?”
“Ben. Do you feel like his memory is disappearing? Everywhere, all around us.”
“All the time,” she murmured and nodded absentmindedly for a few moments. “I forced myself to stop buying his cologne, and there are times I don’t remember what he smelled like. When I realize that, I panic. I’m afraid I’ll forget forever, and I want to go buy another bottle. But I know I can’t, I know it’ll just make it harder to move on. I don’t—” She cut off on a quiet sob, and covered her mouth with her hand as tears filled her eyes. “I don’t remember what his laugh sounded like. I don’t remember the way it felt when he held me. I’m afraid to go back to Thatch, Jag.”
“What? Why?”
“I don’t want to see his parents’ house and know that Ben’s been completely erased from it.”
I sagged into the booth and blew out a heavy breath. “Yeah, I’d forgotten about that.”
Six months after Ben died, his parents had moved. Not just to another house, not just out of town. They’d moved across the country to get away. They hadn’t been able to handle all the memories of Ben when their only child was now gone. And in a town the size of Thatch, there were memories everywhere.
I’d felt the same, but now I was in the same spot as Grey. I was terrified of forgetting him, and now I wondered if his parents regretted leaving.
“So what are you going to do?”
She blinked a few times, like I’d just pulled her from somewhere else, and after a few seconds she shrugged. “I’m still going back. The apartment here isn’t much better. He’s the one who picked it out, and all I ever think about when I’m in there is that he’s supposed to be in there too. It’ll be hard at first, but I need to go home. What about you?” Grey’s lips curved up in a rare smile, and I felt myself smiling back at her until she spoke. “I always pictured you just taking off. No one has ever been able to hold onto you, and I feel like towns and cities are no different. I don’t see you ever finding a place where you’ll want to settle down forever.”
Of course you don’t. My eyebrows pinched together, and I looked down so she wouldn’t see anything she wasn’t supposed to. There was truth to her words, and at the same time, she was so wrong. No one had ever been able to keep me because I’d only ever belonged to her. I’d dated a handful of girls in the first two years after leaving Thatch … if you could call it “dating”, and had only ever had one girlfriend back home—and that had been in hopes that it would get a reaction out of Grey as much as it had been a distraction for me from the constant in-my-face relationship of Ben and Grey. If Ben hadn’t died, and if they’d gotten married, leaving is exactly what I would’ve done. It was one thing to stay back, not saying anything to her, hoping one day she would see in me what I’ve seen in her since we were kids. It was another when I had to finally acknowledge she would never be mine.
But even though I wasn’t sure she would ever get to a point in her life where she was ready to move on, there was no way I could leave her now. She wasn’t mine, but she needed me. And I would be there for her as long as she did.
“So where do you think you’ll go?” she asked, and I looked back up at her.


“Thatch,” I said, my voice low and gravelly. “I belong in Thatch.”

Molly McAdams grew up in California but now lives in the oh-so-amazing state of Texas with her husband and furry daughter. Her hobbies include hiking, snowboarding, traveling and long walks on the beach, which roughly translates to being a homebody with her hubby and dishing out movie quotes. When she's not at work, she can be found hiding out in her bedroom surrounded by her laptop, cell, Kindle and fighting over the TV remote. She has a weakness for crude-humored movies, fried pickles and loves curling up in a fluffy comforter during a thunderstorm...or under one in a bathtub if there are tornados. That way she can pretend they aren't really happening.