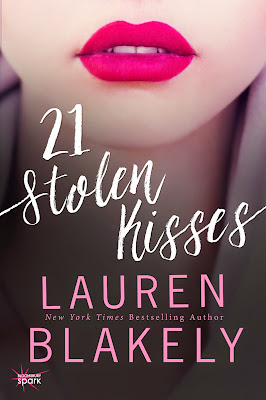 When I first met him I resisted.
Like any forbidden love, I told myself he was a crush, and it would pass.
That was a lie. It never faded.

And I never expected he would fall for me just as hard.

There were so many reasons that should have kept us apart, least of all, the decade that separated us.
Growing up in New York City, I learned early on that love is a double-edged sword.
Love broke up my parents, love took away my friends, and love -- the big, intense, never-been-like-this-before love -- landed me in therapy.
Now I'm heading to college, and it's time to give love a clean slate again. But, can I really start over when he's still in my life?
Because the one man I've always wanted, is also the only guy I absolutely can't have…
And he wants me just as fiercely.

Can I settle for anything less than the love of my life? 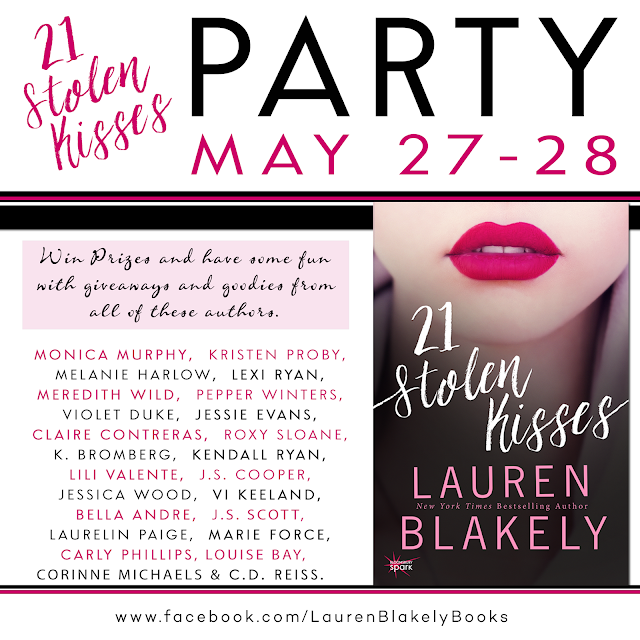 He inhales sharply. The look in his eyes says we’re crossing into the danger zone again. It’s the only place I want to be with him. Because when we’re there, nothing between us feels dangerous.

“I turn eighteen in a few more weeks,” I say, like my birthday is an open invitation for us to slam back into each other.

A breeze blow by and rustles his hair. A lock falls out of place. Instinct takes over. I raise my hand to reach for his hair.

But he’s faster. He grasps my wrist, and the second he does, the moment expands. It stretches and unfolds into the thing I will replay tonight and the next day. I stare at his hand clasped around my wrist, flashing back to all the times he held my hand, touched my wrist, and ran his fingers along my arm. I shiver as the memories collide, the past slamming into the present.

I look up from our hands to his eyes. Blazing, full of heat. Full of all that restraint from him that I know so well. 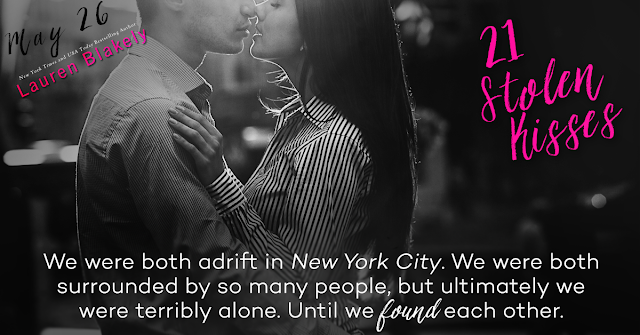 Lauren Blakely is well known for writing sexy, heartfelt and humorous contemporary romance as well as deeply emotional new adult stories. 21 STOLEN KISSES is a beautifully written forbidden romance that will have you holding your breath and turning the pages as fast as you can! I’m thrilled that you are taking part in the Release celebrations for 21 STOLEN KISSES, which will release on May 26th.

Lauren Blakely writes sexy contemporary romance novels with heat, heart, and humor, and she has had seven books on the New York Times Bestseller list and eleven on the USA Today Bestseller list. Like the heroine in her novel, FAR TOO TEMPTING, she thinks life should be filled with family, laughter, and the kind of love that love songs promise. Lauren lives in California with her husband, children, and dogs. She loves hearing from readers! Her bestselling series include Caught Up in Love, Seductive Nights, No Regrets and Fighting Fire. She recently released Forbidden Nights, a standalone novel in her New York Times Bestselling Seductive Nights series that became an instant New York Times Bestseller. This summer she'll release Consumed by You, her next title in her NYT Bestselling Fighting Fire series about sexy firemen and the women they love, and Sweet Sinful Nights, the first book in her new series Sinful Nights. She also writes for young adults under the name Daisy Whitney. To receive an email when Lauren releases a new book, text BLAKELY + your email address to 678-249-3375(please use the actual + sign).