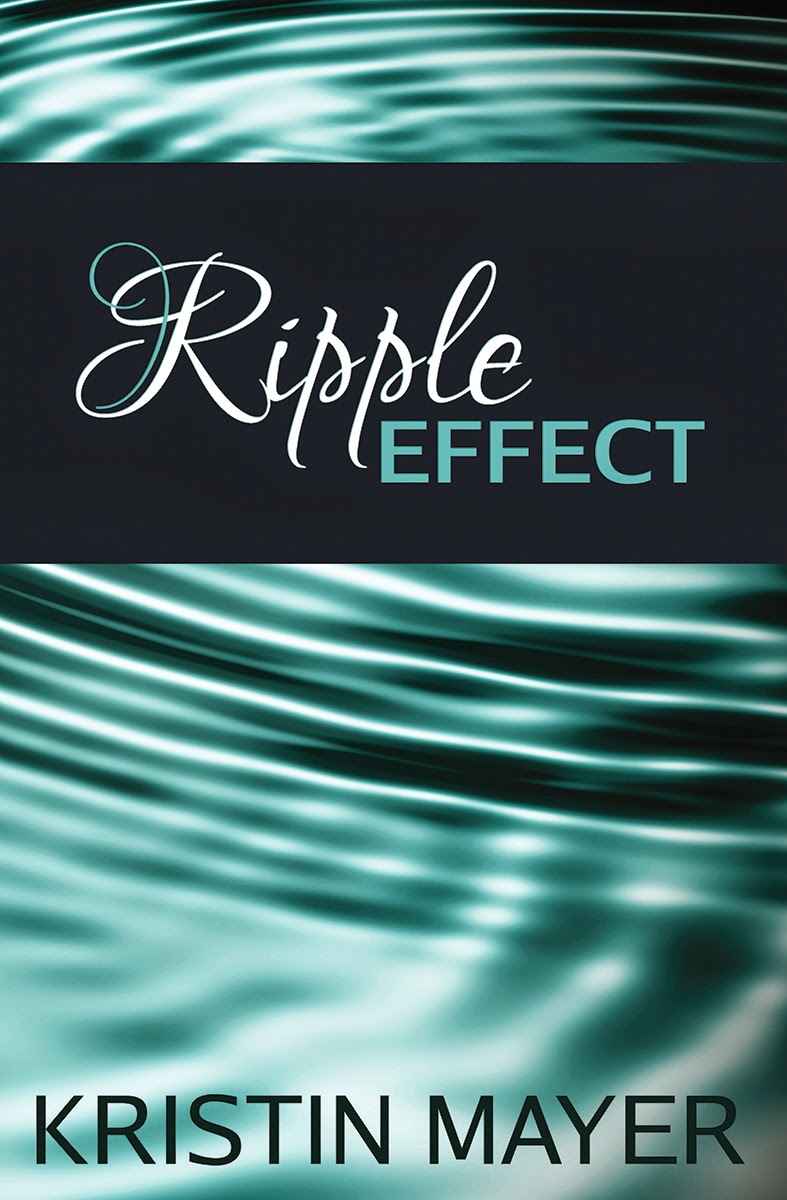 Naughty and Nice Book Blog would like to thank Adam and Ainsley for sitting down with us today.  I have to say, Adam you are quite the adventurous one in the bedroom. You seem to have brought out a side of Ainsley that she didn't even know existed.  After seeing how much the two of you enjoyed the Tantra Chair, it appears that every woman that has read your story, wants a Tantra Chair this year from Santa.

I will warn you, some of the questions may be a little personal, some may not. But I assure you, we will have fun with this interview.  Scouts honor. (Heather crosses her heart and winks at Adam and Ainsley)

Ainsley, going to Club Envy was very adventurous of you.  Can you explain why you felt the need to explore a sex club, just because your relationship with your ex did not work out.

*Ainsley takes a nervous sigh* “Deep down, I needed to feel free from my past. I wanted something different where I wasn’t bound by the normal societal pressures. Being used by my ex was hard as it’s what my father did to my mother in some ways along with the other horrible things. Club Envy was an escape from my thoughts that plagued me.”

What was the first thing you thought when you saw Ainsley that night when she walked into Club Envy for her interview?

“She was gorgeous. I knew right then and there I was going to have to have her as long as she was okay with no-strings-attached-sex. Ainsley challenged me and wasn’t a pushover. It made me want her even more.”

Adam, what was it about Ainsley that made you want to let down your walls and open up your heart again?

“It took me a long time to realize it and nearly lost Ainsley. As corny as this sounds and the guys at the club are going to give me all sorts of shit for saying this, but hell I can’t think of any other way to say it. Shit. Well…Ainsley completed me and loved me for who I was—broken and all.”

Adam, it appeared to the reader that you were instantly protective of Ainsley.  Is that rare for you to act this way toward a female partner at the club?

“I didn’t have this problem with the other female partners at the club. We were strictly fuck buddies and within the walls of the club where the rules were followed by the members. No one ever challenged my previous partners and if I thought the person I was sleeping with at the time was interested in anyone else…I walked and didn’t look back.”

Ainsley, knowing that you were not, shall we say, sexually experienced as Adam, did you ever think you didn’t sexually satisfy him?

“I was insecure in the beginning that I wasn’t as exciting as the previous women, but when things connect on an atomic level like they did with Adam…the insecurities subside sexually because you can feel what you do to each other.”

Adam, did you ever think that you being so sexually experienced would make Ainsley a little uncomfortable?

“I figured it might when we were in the Afterburn room the first time and she got nervous. It was important in the beginning, to keep Ainsley thinking with her body and not her mind. By the time Ainsley and I started a real relationship, I think she was past her sexual insecurities.” *Ainsley nods and gives a sweet smile in agreement*

It appeared that the both of you had strong feelings for each other, but were afraid to voice them, for fear that it would scare the other.  Do you wish you would have spoken your true feelings sooner, rather than later?

*Ainsley adjusts herself in her seat as she thinks about it* “Umm…that’s a tough one. I’m a huge believer in fate so I’m going to leave it to fate knew what it was doing with why we kept our feelings to ourselves for a bit.”

Adam, I was rooting for you the entire time.  I knew you were falling for Ainsley, but you were trying to fight it.  I have to say, there was only one time in Ripple Effect that I wanted to smack the be-Jesus out of you.  I am sure you know exactly what I am talking about.  If you don’t, I’ll enlighten you.  After you had sex with Ainsley at your house, you immediately closed up and made sure to let her know that she was nothing more than a “fuck buddy”.  Did you expect Ainsley to allow you to make her feel like a cheap whore?

*Adam squirms in his seat and scrubs a hand down his face, obviously uncomfortable with the question.* “Let’s face it, I was an asshole to Ainsley and that is one of the moments I will regret for the rest of my life. It’s not an excuse, but my world had been rocked by all the rule changes I had undergone and I took it out on my girl. I wasn’t think and I deserved to be left. Ainsley standing up for herself was the best thing she could have done—for us. It forced me to admit what I was feeling was way beyond a causal relationship. What we had was deep and it shook me to the core.”

Ainsley, I know it was hard for you to hear the things that Adam said to you.  What made you decide to give him a second chance?

*Ainsley squeezes Adam’s hand* “My heart belonged to Adam. It was either give him a second chance or know I was losing out something I knew was powerful.”

*Ainsley giggles and Adam wags his eyebrows.* “Give it a try yourself and then I’ll bet you’ll have your answer.” *Adam gives a wink*

Ainsley, do you regret jumping to conclusion and leaving the club without speak to Adam and asking him why he said the things he said to his ex-girlfriend, Selena?

*Ainsley nods* “Yes, of course I do. Those were horrible days feeling like I had been lied to by someone I genuinely loved.  I know the responsible thing would have been to talk it out, but having told myself for so long that I was only his pleasure buddy, I felt like there was no way I misunderstood what had been said. I needed to protect myself…so I ran.”

Adam, I understand why you were hesitant about introducing Ainsley to your family, due to your issues with your brother.  But knowing how close you are to your sister, you didn’t think if you introduced Ainsley to her that she would keep it a secret until you were ready to tell your parents about Ainsley?

*Adam scrubs another hand down his face.* “You know you’re a tough interviewer. Ainsley was too precious to me to trust with anyone that talked to my brother. Protecting what Ainsley and I had was first priority and I couldn’t take the chance that Jessica would say anything.”

Ainsley was it hard to open up to Adam and advise him of your relationship with your father?  Did you think Adam wouldn’t be able to handle it?

*Ainsley twirls her ring quickly* “It was hard as I had never told anyone about what had happened. To let someone into the deep dark parts of your life that you’d rather not relive is raw. I was afraid that Adam would think I had too much baggage since he was new to the whole relationship thing.”

Adam, after firing Ainsley’s father’s law firm from handling Club Envy’s account, did you ever think Ainsley’s father would try and retaliate against Ainsley or her mother?

“After my phone call with Gerald, no I didn’t. It came across as Brandt’s idea and I told Gerald I would support us coming back if Brandt wanted it. It wasn’t until Tyler went back to the law firm after our fight at Club Envy did Gerald think it had anything to do with Ainsley or myself.”

Do you think you can ever forgive your brother for what he did?

“I’d like to think I have forgiven…but I will never forget. He’ll never be involved in my life. He lost that right with betrayal and hasn’t changed at all.”

Ainsley, how is your mom doing?

“She’s doing good and almost fully recovered. It’s a beautiful thing watching her rediscover who she really is. I’m beyond grateful that we both got a second chance at life after everything we went through.”

Adam, has Kristin been sporting an AdamIsMine t-shirt?  We all know how she loves her alpha males.

He chuckles. “She can be pretty territorial. I’m going to take the fifth on that one.”

I love to play, share something we don’t know.  Can you tell us three things about each other that we do not know.  Just so you know, we like things that are a little embarrassing.

*Ainsley smiles big* “Adam has a pretend sword he uses while he sings songs from The Last Unicorn with Emily. Let’s see…oh oh oh I know!”
Adam stands abruptly and throws Ainsley over his shoulder. “Bye, Heather. Thanks for the interview, but there is no way in hell I’m getting any more dirt put out there. I already get a ton of shit of that damn movie and manfriend.”
*Adam walks out of the interview with Ainsley thrown over his shoulder as she giggles. I foresee a visit to the Tantra Chair.*

As Ainsley is being carried off stage by Adam, Heather yells, "thanks for stopping by.. I hope you get good use out of that Tantra Chair!"

Posted by Naughty and Nice Book Blog at 9:41 AM