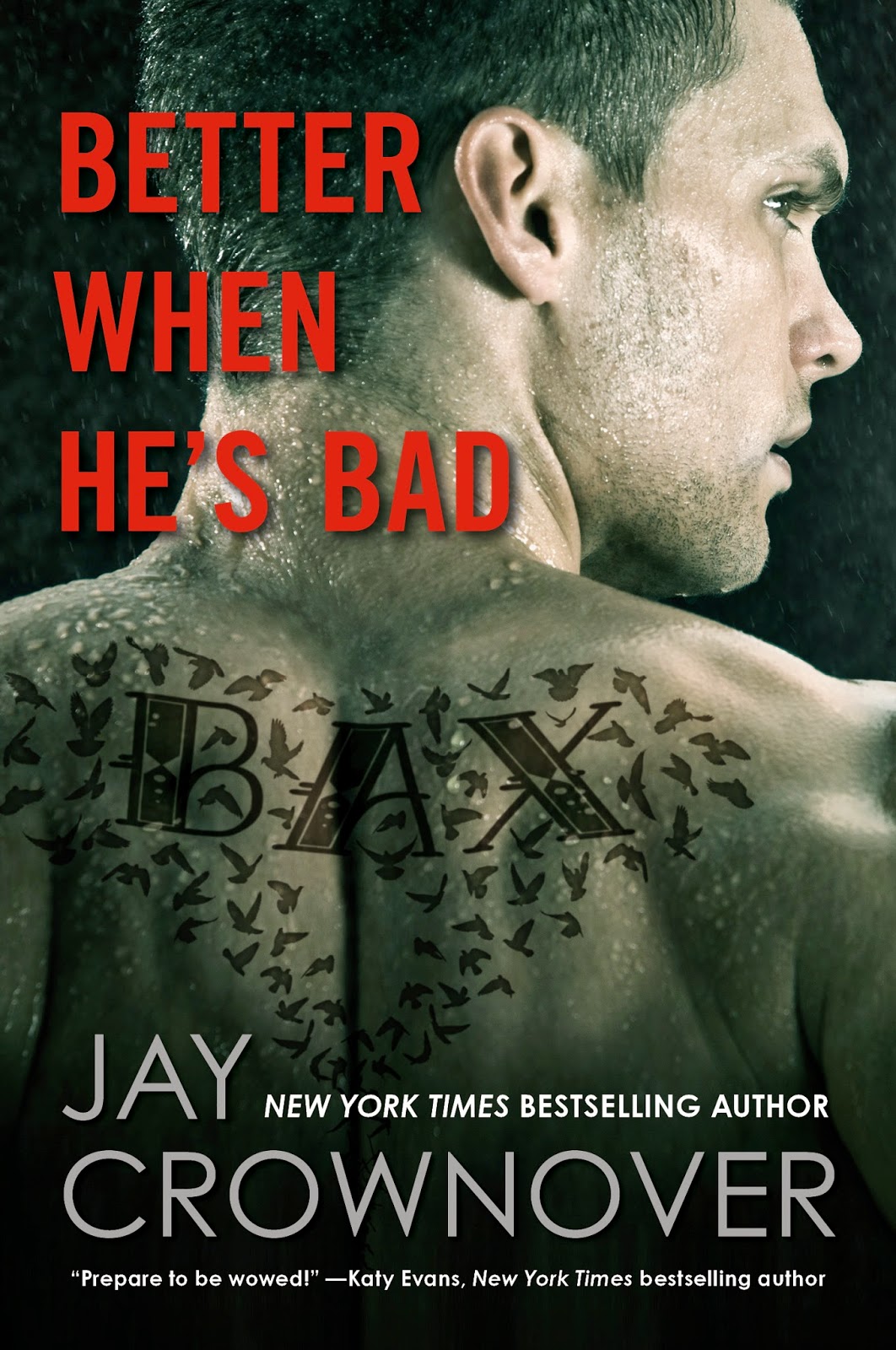 So you’ve met Rule, Jet, Rome, and soon Nash! But there’s a new boy in town, along with a new series, by Jay Crownover. Better When He’s Bad (Welcome to the Point #1) is a new adult novel scheduled for publication on June 17, 2014, by William Morrow, an imprint of Harper Collins Publishing. This is how Jay describes her new novel/series:

“It’s dark and dangerous and set in a fictitious underworld/bad part of town. The men in all of the books are way more along the line of being anti-heros than true leading men. I guess the easiest way to sum them up is by saying the books are all about the choices these characters have to make and the outcomes and results of those decisions. Bax’s book is all about having to make the hard choices and what becomes of him and his lady in doing so. They are super fun, very atmospheric and I think really what writing a bad boy should be like if you’re going to do it :)”

Look in the back of Nash’s book to find the first chapter of “Better When He’s Bad.”

Welcome to the Point There’s a difference between a bad boy and a boy who’s bad . . . meet Shane Baxter. Sexy, dark, and dangerous, Bax isn’t just from the wrong side of the tracks, he is the wrong side of the tracks. A criminal, a thug, and a brawler, he’s the master of bad choices, until one such choice landed him in prison for five years. Now Bax is out and looking for answers, and he doesn’t care what he has to do or who he has to hurt to get them. But there’s a new player in the game, and she’s much too innocent, much too soft…and standing directly in his way. Dovie Pryce knows all about living a hard life and the tough choices that come with it. She’s always tried to be good, tried to help others, and tried not to let the darkness pull her down. But the streets are fighting back, things have gone from bad to worse, and the only person who can help her is the scariest, sexiest, most complicated ex-con The Point has ever produced. Bax terrifies her, but it doesn’t take Dovie long to realize that some boys are just better when they’re bad. 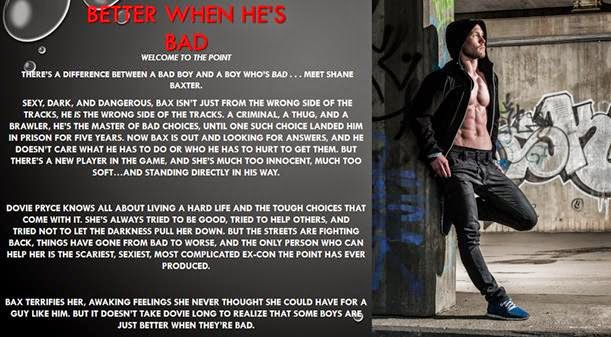 I’m supposed to share interesting details about myself so that my readers get to know me so here we go in no particular order: I’m an natural redhead even though I haven’t seen my real hair color in years, I’m a big fan of tattoos and have a half sleeve on either arm and various other pieces all over the place, I’ve been in the bar industry since I was in college and it has always offered interesting insight into how men and women interact with each other, I have 3 dogs that are all crazy, I live in Colorado and love the snow, I love music and in all reality wish I could be a rock star not a writer or a bartender but I have zero talent so there is that. I love to write, love to read and all I’m interested in is a good story with interesting characters that make the reader feel something.