Every Part of You Novella Series by Megan Hart ~ Review

Every Part of You: 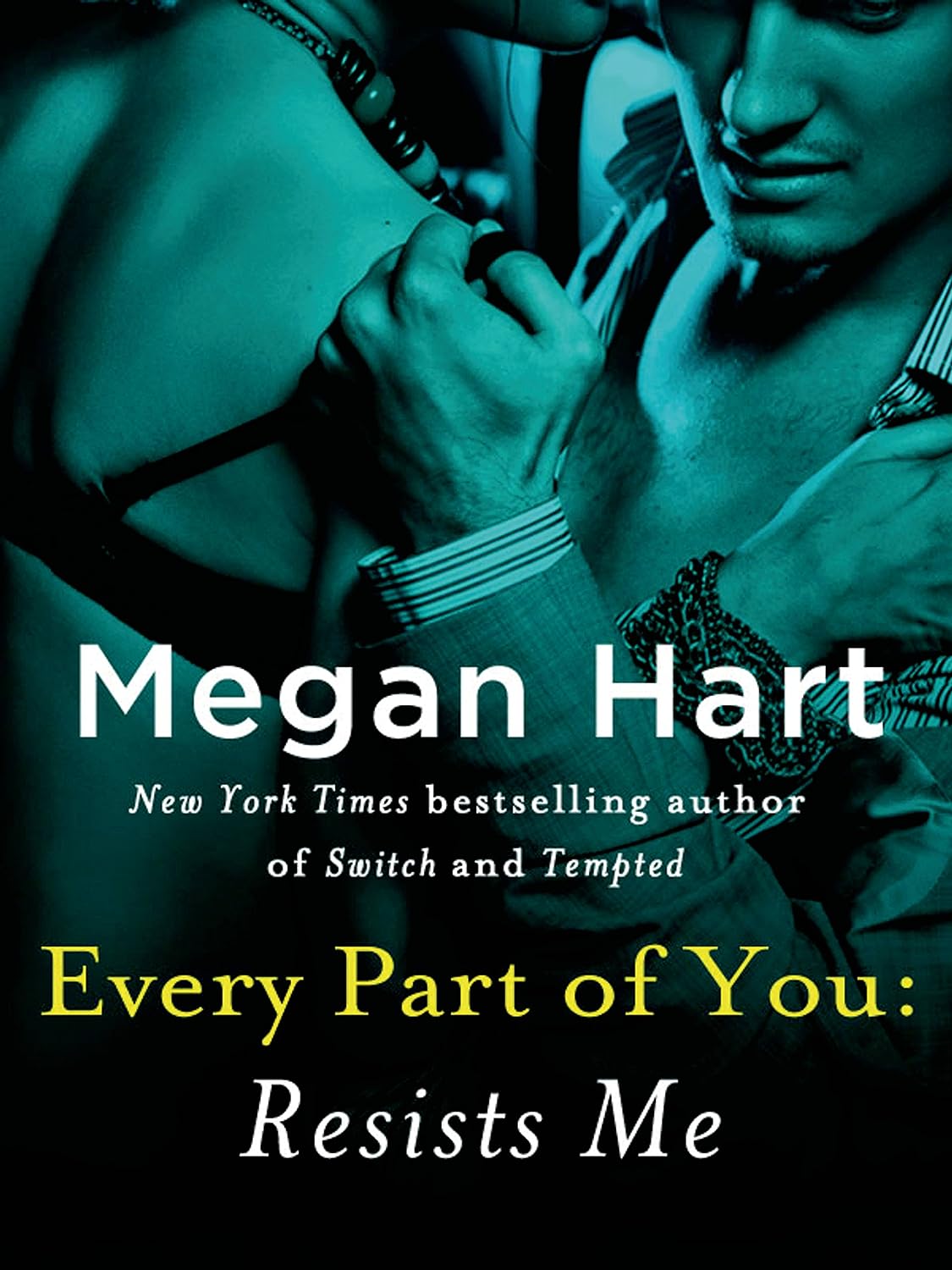 
Synopsis:
Okay, I’m not posting the actual synopses. Since this is a story broken up over five books, each synopsis would tell you what happens in the previous book. Each book is aptly named.
Review:
If someone took a love story, mixed it with a pain fetish, and then broke it down in stages they would have Every Part of You. Megan took an unusual approach to publishing a story. Simone and Elliott had me turning pages & eagerly awaiting the next installment. Regardless of how the story is broken up, it’s still a great story. Like most of Megan’s books it isn’t a cut and dry love story, she always manages to deliver a twist.
Simone just happens to have the perfect view into Elliott’s office once the sun sets. Elliott doesn’t bring women back to his office often, but it’s enough to catch Simone’s eye. And Simone admits she enjoys watching the show Elliott puts on. A chance meeting in the elevator gives her the chance to intrigue the hot guy she’s been watching, which is no easy feat because Simone isn’t Elliott’s normal type of gal. Simone isn’t tall or blonde, but she does know what gets her off and that gives her the confidence to flirt with a guy who doesn’t seem all that interested at first.
In spite of himself, Elliott is intrigued by the petite brunette, who went from mousy office worker to seductress in the span of an elevator ride. The more he finds out about the mysterious woman from the elevator the more he doesn’t want to want her, but oh how he does. He craves the same things Simone does, but he’s ashamed. Even though she relishes the pain during sex, it brings a far different mental response from Elliott.
Elliott’s history with abuse makes him deny his craving to inflict pain. He has to reconcile the difference in the abuse his father dished out with the consensual acts he participates in with Simone. The way people develop isn’t always cut and dry. Sometimes a person’s way of coping with things that were beyond their control is to learn to control them. For other’s it’s just something they like. Elliott has a hard time reconciling why Simone can like pain.
This series is a wonderful way to experience Simone and Elliott’s story, from fuck buddies to falling in love, it has it all. And you are lucky enough not to have to wait for installments, since they are all published.