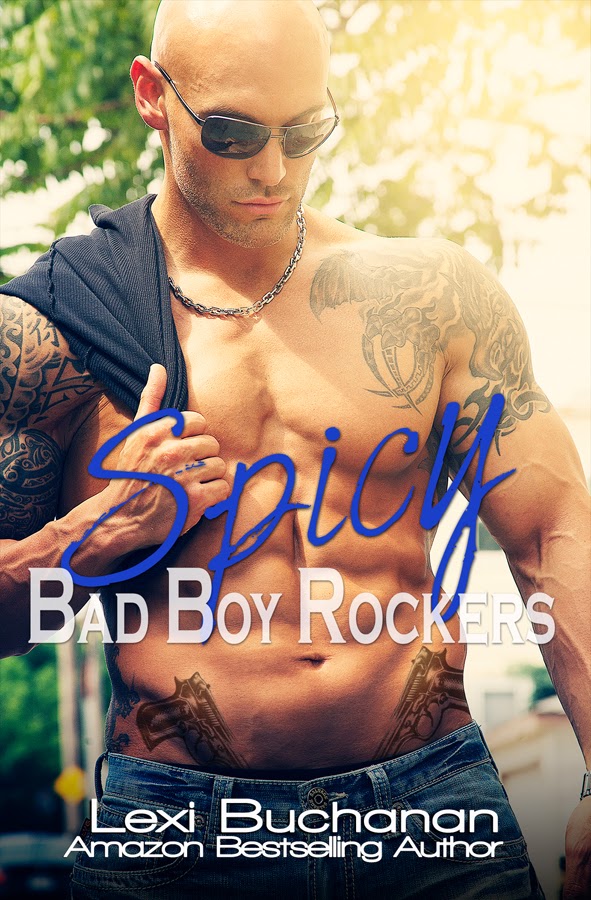 Because of screwing up with Callie, during the summer, I’m drowning my sorrows with drink and women…or that’s what I’m trying to do, but it isn’t working. Every time I close my eyes all I see is Callie, her long flowing blonde locks, her slim curvy body with legs that go on for miles and breasts that make my mouth water. She’s become my weakness and I have no idea how to make amends for my past sin…  It’s been weeks since Reece left me without a backwards glance, and I’m an idiot because I’m finding it difficult to move on and forget him. It doesn’t help that my best friend, Thalia, is engaged to his best friend, Phoenix. But tonight I intend to change all that and maybe do a little flirting with another guy and see where it leads…and who knows, it might even make the pain in my ass realize what he’s missing…

I enjoyed the first book in this series, so I was looking forward to reading Spicy.  In this novel, you will get to know Reece and we are introduced to Callie.  The two of them meet because of their friends.  They hit it off with a HOT and SPICY one night stand which involved a third member, Donovan.  The three of them had an instant connection, however, Reece wanted dibs on Callie and told Donovan to back off.  Donovan respected his friend's wishes, only hoping that Reece would treat Callie the way she deserved.  But when Reece gets a phone call and leaves Callie without even a goodbye, things get a little tricky.

Callie was furious that Reece left without saying anything, and after a few weeks of not speaking to him, they run into each other at a bar that the band is playing.  Reece cannot get Callie out of his mind, she is all that he sees. Reece thinks Callie deserves better than him, and hasn't reached out to her since he left her alone in her bedroom.  Reece does what any stupid man would do, he thinks that he can try and find comfort from someone else, only wishing it was Callie.  After being hurt repeatedly, Callie tries to move on, her heart is pulling her to Reece, while you would think her head would be telling her to run in the opposite direction.

The questions that plagued me while reading Spicy was, can you love someone who repeatedly hurts you?  Can you trust that person, after knowing what he has done to you? Even though they apologize for their mistakes, how many times are you supposed to forgive them?  Can you move past it, and hope to have a happy relationship?

There were several times in this book that I wanted to smack Reece.  I wanted to scream at him and say GROW UP ! You are 26, you are a grown man, you are responsible for your actions.  Every action has a consequence.  I wanted Callie to be stronger, but her heart was broken after Reece stomped on it, time and time again.  But sometimes our heart is a stronger muscle than we think.  Our hearts lead us to people, who our brains are telling us to run from.  I think Reece is a good guy, when he acted like one.  But I got irritated with him always saying, I am going to screw up, so please don't hold it against me.  That to me was a cop out.  I wanted him to be a better person for himself, as well as for Callie, because she deserved that.  But sometimes, it takes a reality check for people to realize what the have, when they lose it.

Spicy had a lot of sex in the book.  At times I thought that sex was the only good thing that Callie and Reece had going for them.  But then, a few things change for Reece.  Reece began to grow on me like a fungus that I wouldn't get rid of.  His cocky attitude and his arrogance made me laugh.  I think Reece needed to be HONEST with Callie in order to have a future with her.  Secrets always come back to haunt us.

I would recommend this book to another reader.  I am looking forward to seeing what Lexi Buchanan does with Donovan.  That book is going to be quite interesting....

I was born in Bolton, Lancashire within the United Kingdom, where I lived, and worked at the University of Bolton. In 2010, I moved to Ireland with my husband, four kids and pack of animals.

We are now settled in a lovely town, in County Cavan. The kids love their schools, once they get there that is.

My eldest daughter, is on the Irish Junior Archery Team, and spends her time training. At least she does when her dad can get her off her ipad, reading or listening to music.

My kindle is loaded with too many books to mention, as I absolutely love to read when I have the chance.

My all time high would be to stand at the foot of Mount Everest in the Himalayas.

a Rafflecopter giveaway
Posted by Naughty and Nice Book Blog at 12:27 PM