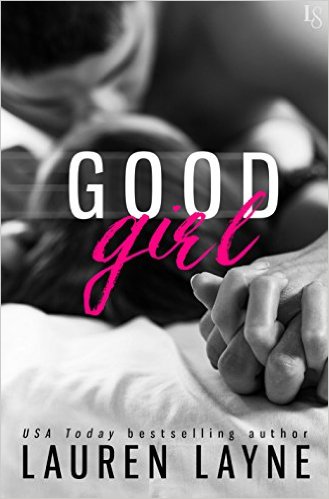 USA TODAY BESTSELLER • Lauren Layne brings all the unpredictable heat of Blurred Linesto an all-new cast of characters! Country music’s favorite good girl is hiding away from the world—only to find herself bunking with a guy who makes her want to be a little bad. Jenny Dawson moved to Nashville to write music, not get famous. But when her latest record goes double platinum, Jenny’s suddenly one of the town’s biggest stars—and the center of a tabloid scandal connecting her with a pop star she’s barely even met. With paparazzi tracking her every move, Jenny flees to a remote mansion in Louisiana to write her next album. The only hiccup is the unexpected presence of a brooding young caretaker named Noah, whose foul mouth and snap judgments lead to constant bickering—and serious heat. Noah really should tell Jenny that he’s Preston Noah Maxwell Walcott, the owner of the estate where the feisty country singer has made her spoiled self at home. But the charade gives Noah a much-needed break from his own troubles, and before long, their verbal sparring is indistinguishable from foreplay. But as sizzling nights give way to quiet pillow talk, Noah begins to realize that Jenny’s almost as complicated as he is. To fit into each other’s lives, they’ll need the courage to face their problems together—before the outside world catches up to them.

Love love love Lauren Layne's books! Needing to get away from the limelight, rumors and gossip, Jenny Dawson decides to take a break and head out to an old mansion she visited years ago. It's in a remote area where no one could find her and she can take a break and concentrate on her new album she is working on. Only problem is that the place is a run down mess because it's been vacant for so long. However, the "caretaker" isn't such a mess.. He's the exact opposite actually and Jenny can't get enough of him. Their worlds are exact opposites, they shouldn't even attempt to be together because it will never work. Noah wants the perfect life in a quiet area, where no one can bother him. The opposite of what Jenny's life is like. So he makes a promise to himself to have a little fun but not to the point of falling for her.

I loved Noah but also hated some of the things that would come out of his mouth. There was so much sexual tension between the two of them and their flirty banter back and forth was hilarious. Noah's two friends were so funny, I was laughing out loud several times throughout the book. This was a great read and I highly recommend anything by Lauren Layne.