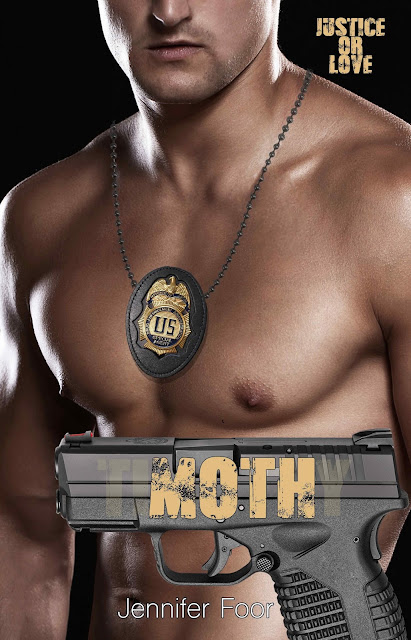 Posing as a college student, he sets out to learn more about his estranged younger sibling, infiltrating his circle of friends to further help the investigation.

The moment he meets Windy Lewis he knows she holds the answers.

MOTH pretends to be interested in the mysterious woman, only to fall victim to his own desires. For the first time in his career his personal feelings take him down a road he may never come back from.

When MOTH gets in too deep he will have to make a choice. 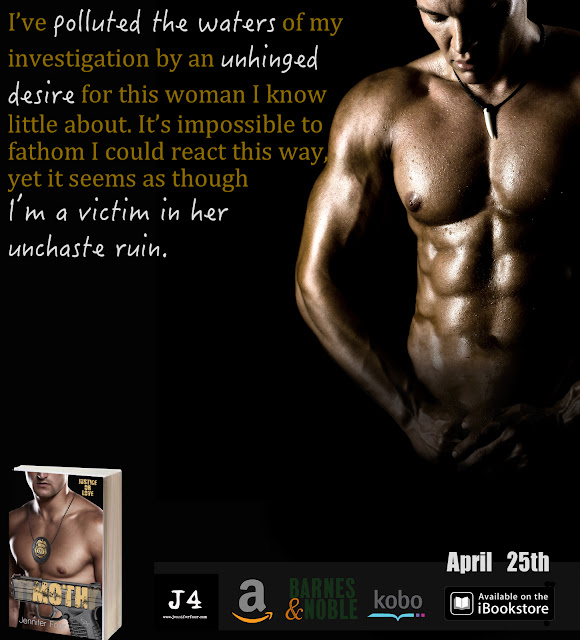 REVIEW by Jeanine:
Jennifer Foor has quickly become a favorite of mine. I love how she writes and makes me fall in love with each character in her books. When Moth returned home to try and solve his brothers death, he ran into "Windy" and from the moment he saw her he knew that she would eventually be his. There were many reasons they could not be together. One being their careers and another being they both have targets on their backs. Moth pretended to be an outsider to try and get all of Windy's secrets from her and figure out what she was running from. Being a DEA agent that wasn't too hard. What he didn't realize, is that she was playing right along the whole time.

There were a lot of surprises in the story that I was not expecting which I love in a book. The ending of the book was AMAZING. I don't want to give much away, it was an amazing story and I highly recommend!!! 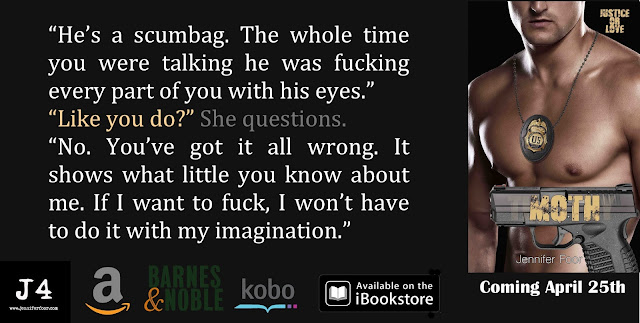 Right now I don’t give a shit who this chick is. I’m not treating her like a criminal, a victim, or a possible lead. Right now she’s just a beautiful woman I’m dying to fuck. With each stroke of her tongue I’m being hypnotized. She’s wrapping me around her little finger, and if I’m not careful I might get lost in this. It’s too good. She’s too perfect. Her kisses match mine like we’re old lovers. Her hands caress my arms as if she’s done this a thousand times. The more I try to back away the harder it becomes to even consider it. I’m a fiend. She’s my drug. I want to be addicted, because a single kiss has never felt this good.

One kiss. That’s all it takes for this chick to bring me to my knees. As much as I know I need to run out of there and clear my head, I remain. I don’t care about the backlash I’ll get from the guys. I don’t care about the danger, or her real identity. I’m living a lie because I know it’s the only way I can be close to her. My head is in my ass, and as long as it stays there I can continue carrying on this charade. 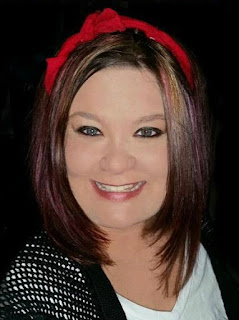 A Maryland native who spends most of her time devising a plan to live off the land on some remote island, where no one will ever find her.
She is a married mother of two kids, who may or may not drive her completely bonkers. In her spare time she enjoys shooting pool, camping and spending time with friends and family.