Excerpt
It felt like we were the only two people in the world, instead of inside a busy, posh restaurant.
“This is beautiful.  But odd,” I said.
Graham took off his jacket and settled into his side of the table with one arm casually slung over the top of the booth.  “Fitting.”
“Are you saying I’m odd?”
“Are we going to fight about it if I say yes?”
“Probably.”
“Then, yes.”
My brow furrowed.  “You want to fight with me?”
Graham tugged at his tie, loosening it.  “I find it turns me on.”
I laughed.  “I think you need counseling.”
“After the last few days, I believe you may be right.”
The waitress returned with our drinks.  She set a highball glass down in front of him and a wine glass in front of me.
Graham had ordered Hendrick’s and tonic.  “That’s an old man’s drink, gin and tonic,” I said as I sipped my wine.
He swirled the ice around in his glass, then brought it to his lips and looked at me over the rim before drinking.  ”Remember what arguing with me does.  You might want to look under the table.”
My eyes widened.  “You aren’t.”
He smirked and cocked an eyebrow.  “Go ahead.  Put your head under.  I know you’re dying to take a peek anyway.”
After we both finished our drinks, and some of my nerves had started to calm, we finally had our first real conversation.  One that wasn’t about sex or tongue rings.
“So how many hours do you work a day in that big fancy office of yours?”
“I usually go in by eight and try to leave by eight.”
“Twelve hours a day?  That’s sixty hours a week.”
“Not counting weekends.”
“You work weekends, too?”
“Saturdays.”
“So your only day off is Sunday?”
“I actually sometimes work in the evening on Sunday, too.”
“That’s nuts.  When do you find time to enjoy yourself?”
“I enjoy my work.”
I scoffed.  “Didn’t sound that way when I stopped in the other day.  Everyone there seems afraid of you, and you refused to open the door.”
“I was busy.”  He folded his arms over his chest.
I did the same.  “So was I.  I took two trains to personally deliver that phone, you know.  And you didn’t have the decency to even come out and say thank you.”
“I didn’t know what was behind the door waiting for me, or I would have come out.”
“A person.  A person was behind the door.  One who went out of her way for you.  If I were a sixty-year-old married woman with blue hair, you should have come out to thank me.”
He sighed.  “I’m a busy man, Soraya.”
“Yet here you are on a weeknight at only 7PM.  Shouldn’t you be working until eight if you’re so busy?”
“I make exceptions when warranted.”
“How big of you.”
He arched an eyebrow.  “You want to look under the table, don’t you?” 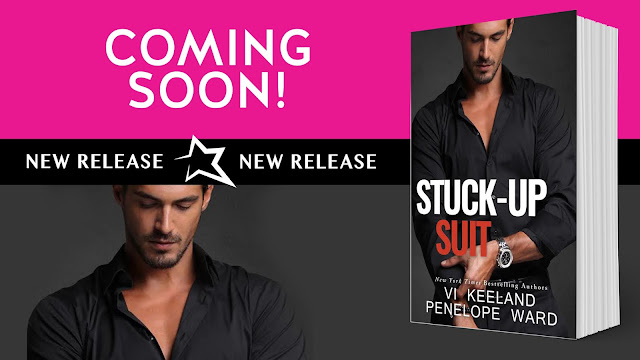 Are you ready to meet the STUCK UP SUIT?


Coming to an e-reader near you on April 11th!


Add Stuck-Up Suit to your TBR list on Goodreads!
https://www.goodreads.com/book/show/28477789-untitled 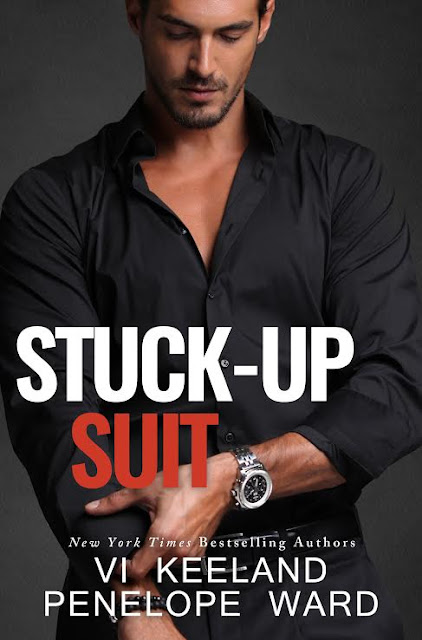 Blurb
It started out like any other morning on the train.


Until I became mesmerized by the guy sitting across the aisle.


He was barking at someone on his phone like he ruled the world.


Who did the stuck-up suit think he was…God?


Actually, he looked like a God. That was about it.


When his stop came, he got up suddenly and left.  So suddenly, he dropped his phone on the way out.


I might have gone through all of his photos and called some of the numbers.


I might have held onto the mystery man’s phone for days—until I finally conjured up the courage to return it.


When I traipsed my ass across town to his fancy company, he refused to see me.


So, I left the phone on the empty desk outside the arrogant jerk’s office.


I might have also left behind a dirty picture on it first though.


I didn’t expect him to text back.


I didn’t expect our exchanges to be hot as hell.


I didn’t expect to fall for him—all before we even met.


The two of us couldn’t have been any more different.


Yet, you know what they say about opposites.


When we finally came face to face, we found out opposites sometimes do more than attract—we consumed each other.


Nothing could have prepared me for the ride he took me on. And I certainly wasn’t prepared for where I’d wind up when the ride was over.


All good things must come to an end, right?


Except our ending was one I didn't see coming. 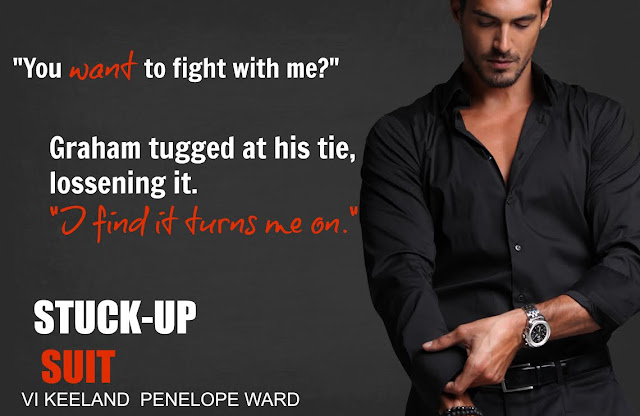 Penelope Ward is a New York Times, USA Today and #1 Wall Street Journal bestselling author. Penelope lives for reading books in the new adult/contemporary romance genre, coffee and hanging out with her friends and family on weekends. She is the proud mother of a beautiful 11-year-old girl with autism (the inspiration for the character Callie in Gemini) and a 9-year-old boy, both of whom are the lights of her life. Penelope, her husband and kids reside in Rhode Island. She is the author of RoomHate, which hit #2 on the New York Times Bestseller list and #1 on the Wall Street Journal Bestseller list. Her novel, Stepbrother Dearest, also spent four consecutive weeks on the New York Times Bestseller list. Other works include the New York Times bestseller Cocky Bastard (co-written with Vi Keeland), Sins of Sevin, My Skylar, Jake Undone, Jake Understood and Gemini.

Vi Keeland is a native New Yorker with three children that occupy most of her free time, which she complains about often, but wouldn't change for the world. She is an attorney and a New York Times, Wall Street Journal, & USA Today Bestselling author. Over the last three years, ten of her titles have appeared on the USA Today Bestseller lists and three on the New York Times Bestseller lists.