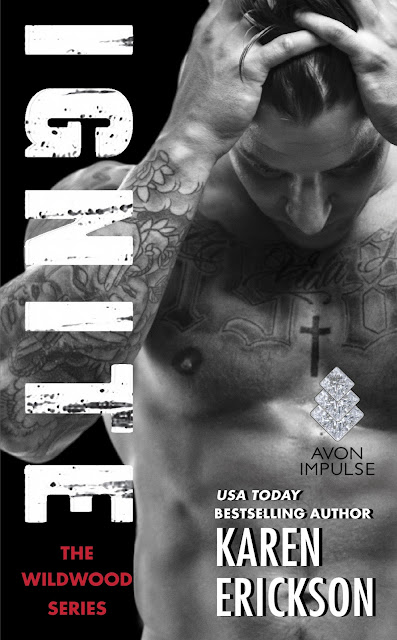 Weston Gallagher is falling hard—for the wrong woman. One night of passion has haunted him for years. Now he’s got a second chance to get the girl of his dreams…but there’s just one problem: She hates him. Eight years after he stormed out of Wildwood, California, West has returned to his hometown as a firefighter. His friends and family are thrilled he’s back—with the exception of Harper Hill. His sister’s best friend is all grown up and in all the right ways. He knows she’s going to do everything she can to protect her heart and keep him at arm’s length, but West has other ideas. He will win the girl that got away. No matter what it takes… 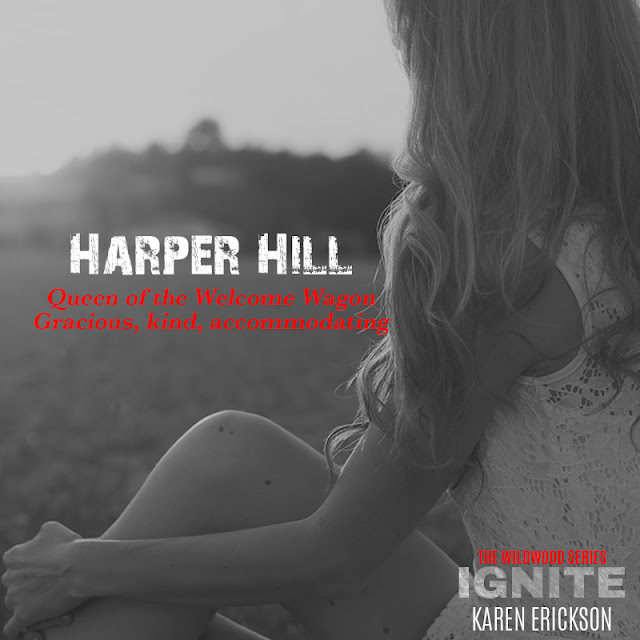 Oh, shit. He was fairly certain he knew what was about to happen. She’d shed the coat and—he hoped—she would be wearing nothing much underneath. And if she was asking for uncomplicated sex, could he give her that? Did he want to give her that?
She bent her head and undid the belt, letting it fall to the floor. Glancing up at him, she didn’t smile, didn’t say anything. Just held his gaze while her fingers moved over the few buttons keeping the coat together, until the last button was undone and the coat fell open. Revealing that she wore nothing but the smallest scrap of black lacy panties he’d ever had the honor of seeing.
He broke out into an immediate sweat. Yeah. He’d give her whatever she wanted, no questions asked.
“Sit down, West,” she demanded and he did, practically falling backward onto the couch, his hands gripping his knees. He told himself to calm the hell down but the quick mental reassurance was no help. He had an erection just from seeing her like this, watching her move toward him with pure determination in her every step as she shrugged out of the coat so it fell onto the floor in a crumpled heap.
She pushed his hands away from his knees and straddled his thighs, her bare breasts in his face, hard, rosy pink nipples a complete temptation. Ignoring them, he tilted his head back, blinking up at her as she smiled down at him, shaking her head so her hair tumbled all to one side.
“Like what you see?” she asked, her voice husky. Sexy.
So unbelievably sexy he couldn’t believe this was happening. How’d he get so fucking lucky?
“I definitely like what I see,” he said, his gaze...everywhere. He didn’t know what to look at first. Her face? Her breasts? Those slender legs straddling him, the lace panties and what lay beneath? Christ, she was trying to kill him. Slay him dead.
It was working.
Harper rested her hands on his shoulders, her fingers tracing the artwork that covered his skin. She drew closer, her hair trailing over his bare skin, and bent her head so her mouth was by his ear. “You should touch me, West. Touch me wherever you want.” 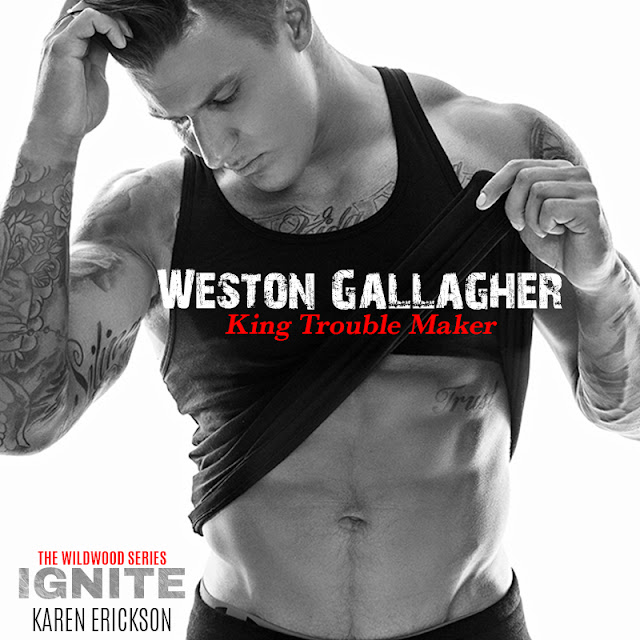 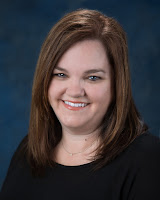 Karen’s publisher is giving away a $25 gift card (Amazon, B&N or iBooks)
to one randomly chosen winner.
a Rafflecopter giveaway