What happens when his mission is to get the girl?
Find out in ICE by Kathy Coopmans & Hilary Storm. #MilitaryRomance #ICE 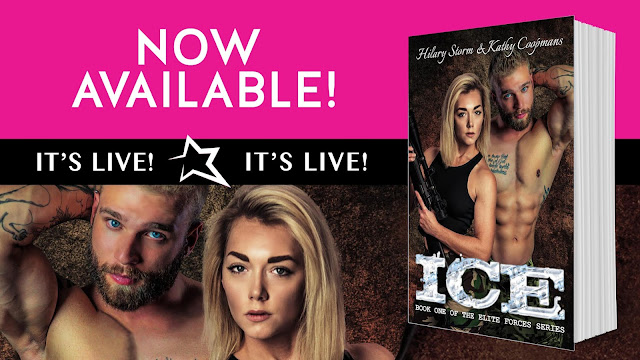 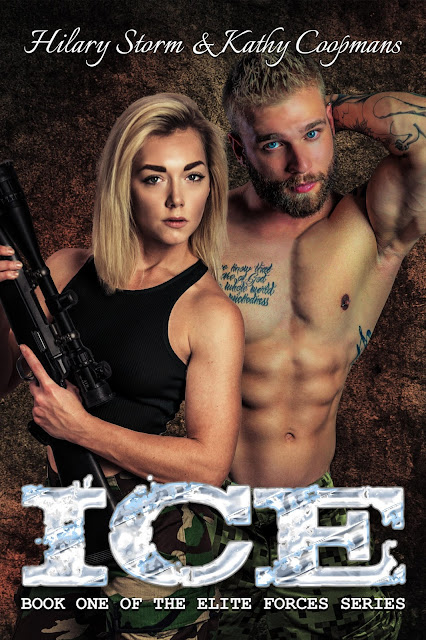 Captain Jade Elliott of the United States Army spent her entire career working her ass off to get to this point and she couldn't be more proud. She's gained notoriety through her actions as well as the respect of her team. She's one of the first women to graduate as a Ranger and has been called to serve on a secret mission. So why is she about to do something that could throw that all away?

Kaleb Maverick has been called to act as Commander for a vital mission and has done his research. He knows his team very well, in fact he hand selected them. He's retired, but still very active in the private sector, leading his personal team to countless successful missions. Now he's going back for one last mission.


What happens when his mission is to get the girl? What if she's not ready to be captured? Their chemistry is explosive and the heat is intense, but can Maverick come back with his head held high or will she be the first mission he fails?

I was given and ARC in exchange for an honest review. In ICE we meet an array of new characters which all have great promise for one hell of a series if the authors chose to go that direction. However, in this novel’s main characters are Captain Jade Elliott and Commander Kaleb Maverick. Captain Jade Elliott joined the United States Army as it was her lifelong dream. She has spent her entire career working her ass off to get where she is and she was one of the first women to graduate from Army Ranger School. She has worked her ass off to be one of the team and be treated like and equal among a world of men. She has proven herself time and again and her men would stand next to her and battle for her just as she would them. She has been called for a secret mission and she has no idea that her life is surely about to change drastically and she also runs the risk of losing everything she has worked so hard for. Kaleb Maverick has been called in by the Army to handle a secret mission and he personally chose his team through files and recommendations but he has done all of his homework. What he never expected was to see a picture of one woman and his world to change. What he didn’t expect was to become obsessed with her. What he didn’t expect was the spitfire she would be. His mission will get done but he also has a second mission and that is to get the girl. He has never failed and he doesn’t plan on it now. Little does he know this may be the hardest mission of his life. I was completely torn on this as I was reading the book. See as I was reading I was thinking man this is going kind of slower than I expected for a book of this size. Than I am looking and looking and seeing myself nearing the end with so many questions and such anxiety of what would happen then the book ended and I realized this is not a stand-alone. I didn’t get from the description that this was a series, I do see it says (1) but honestly I did think it was a series with different characters in each book. So when I know this at the end my whole perception changes.

I have to say that I LOVED the book, I loved the action, I loved the story line, I loved the characters even when I wanted to slap them upside their heads. I have never read Kathy Coopmans' books but I have read Hilary’s and I love her, she can right just the way I love to read. There is a perfect amount of angst, love, hotness, gentleness she is just a master at the perfect blend and we got that in ICE, I will say there was A LOT of HOT. It was surprising at how quickly it got hot and Jade and Kaleb’s chemistry is undeniable from page one. But at the end the gentleness and the love takes over. I will say I am counting down the days to get the next book. I really, really hope it is the conclusion of their story because I just need to know, it was that good.


So while I did have the complaint of the cliffhanger, which I will admit from start that I hate them if I don’t have the whole series. I am that person who buys the book and if I know it is a cliffy I just wait for the next and buy that and not read the series til it is done. If I read one like I have ICE it is killing me to wait but I am super excited to know I just have about 6 weeks for the next to know what happens. Absolute 5 star read for me. 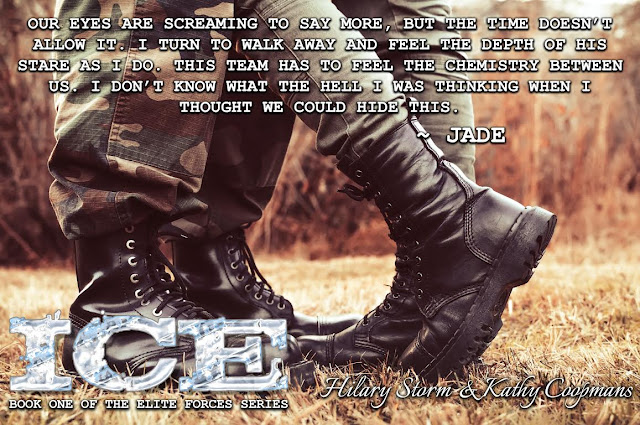 About the Authors:
Kathy Coopmans 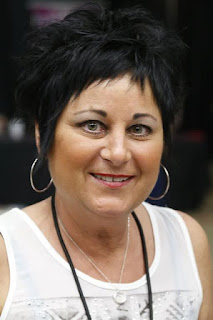 Amazon Best Selling Author Kathy Coopmans, lives in Michigan with her husband Tony where they have two grown sons.


After raising her children she decided to publish her first book and retiring from being a hairstylist.


She now writes full time.
She's a huge sports fan with her favorite being Football and Tennis.
She's a giver and will do anything she can to help another person succeed! 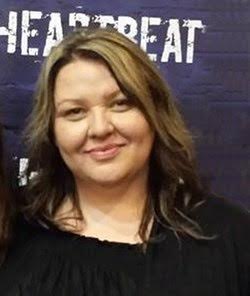 Hilary Storm lives with her high school sweetheart and three children in Oklahoma. She drives her husband crazy talking about book characters everyday like they are real people. She graduated from Southwestern Oklahoma State University with an MBA in Accounting. Her passions include being a mom, writing, reading, photography, music, mocha coffee, and spending time with friends and family. She is the international best-selling author of the Rebel Walking Series, Bryant Brothers Series, Inked Brothers Series, and Six.