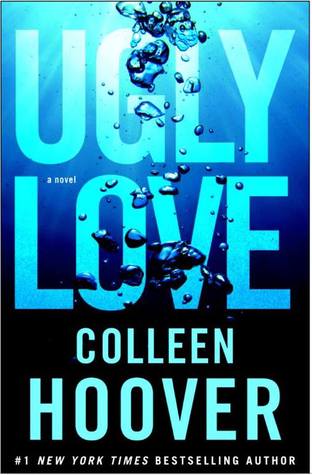 When Tate Collins meets airline pilot Miles Archer, she knows it isn’t love at first sight. They wouldn’t even go so far as to consider themselves friends. The only thing Tate and Miles have in common is an undeniable mutual attraction. Once their desires are out in the open, they realize they have the perfect set-up. He doesn’t want love, she doesn’t have time for love, so that just leaves the sex. Their arrangement could be surprisingly seamless, as long as Tate can stick to the only two rules Miles has for her.
Never ask about the past.
Don’t expect a future.

They think they can handle it, but realize almost immediately they can’t handle it at all.

Hearts get infiltrated.
Promises get broken.
Rules get shattered.
Love gets ugly.

I hang my head down in shame that this beauty was on my kindle for quite sometime and I hadn't found the time to read it. When I finally had an opening in my schedule, I sat down to experience what everyone was talking about. It is hard to put into words what this story did to me. It broke my heart to see Miles struggling day to day with his past. A past that he isn't willing to share. Miles never wanted to love anyone again. He never wanted to get close to someone again, not after what he went through. His heart couldn't handle it.

So when Miles' friend's little sister, Tate moves in across the hall, he notices her immediately. Miles tried his damnedest to stay away from her, yet at the same time, he needed to be close to her. She awoken something in him that he hasn't felt in years. Something that he didn't want to feel. Feeling caused him pain. When he was numb, he didn't hurt.

"You just what?" I ask urging him to finish that sentence. His eyes slowly lift back to mine, and it makes all I have to stay seated on this counter with the way he's looking at me right now - like I'm Thanksgiving dinner.

"I'm attracted to you, Tate," he says his voice low. "I want you, but I want you without any of the other stuff."


So let's get this straight.  Miles wants to have no strings attached sex with Tate. How is he any different from than any other man? Most men want that, but most men do not come with Mile's past. Is Tate capable of no strings attached sex? Can she simply have sex with him and not allow her emotions or feelings get involved? Will Miles be able to let go of his past in order to move on with this future? Will their agreement shatter them both?

"Love isn't always pretty, Tate. sometimes you spend all your time hoping it'll eventually be something different. somethings better. Then, before you know it, you're back to square one, and you lost your heart somewhere along the way." ~ Miles


Was that what Tate was doing? Hoping that what she had with Miles, would become something more? That things with Miles could be different? Would Miles be able to let Tate in? Is what Tate and Miles have even qualify as a relationship? What happens when one of them decide that they can do the "no strings attached" hook up? Will they change their ways or will they go their separate ways?

Sometimes love isn't always pretty, sometimes love is ugly. It can hurt you, crush you. Make you wish that you never fell in love in the first place. Miles definitely was crushed by love, making him never want to feel it again. But sometimes you need to face your past in order to move on with your future. You can't carry the burden or the guilt any longer. When you do, it consumes you.

Ugly Love is an AMAZING book, one that I will read over and over. Anything that Colleen Hoover writes is a book that will touch you in ways that you never imagined. She doesn't simply just write a book. No, she tells a story that will make you stop and think. Her books work their way into our hearts and never leave. They are stories that will stay with us for quire some time. I tip my hat off to you, Colleen. You delivered another fabulous 5 star book.

This review was prepared by Heather Davenport.

Posted by Naughty and Nice Book Blog at 7:51 PM