“You’re a plague. You leave destruction in your wake. You wreak havoc on everything that was created so carefully without any regard or respect. Because of you, my kind have died! You traipse around my world as though it exists for your amusement.”

On March 6th, Distinguished Press is proud to launch The King’s Mortal, the debut book in Armada West’s Wintertide series. 100% of pre-orders and sales on Friday will go to the charity To Write Love On Her Arms, a non-profit movement dedicated presenting hope and finding help for people struggling with depression, addiction, self-injury, and suicide. 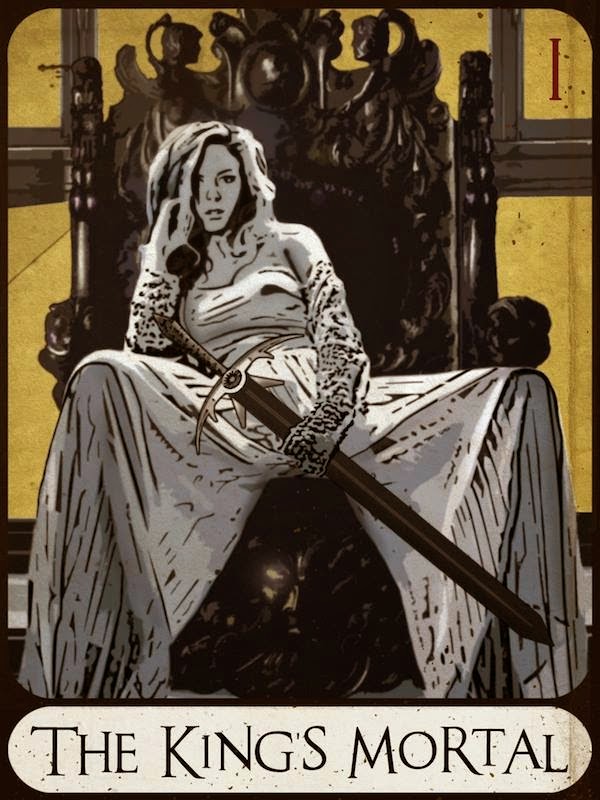 I invite you to join me in Cimmerian, the frigid vampire realm—the home to the huntsmen of God. They have been tasked with slaughtering the humans who've released the plagued doppelgängers of mankind from their hellish prison, and it is an eternally uphill battle. Hope comes in the form of young Lana Corvin, a psychic lingering on the cusp of death with a blood disease, and wasting her precious days as the main squeeze of a notorious drug dealer. When she becomes the target of Cerberus, a kingpin drug lord, Fate will teach her that life—no matter how much or how little of it you possess—gives no second chances. That is, unless the rogue Vlad Dracula, hellbent on usurping the throne to claim Cimmerian for himself, doesn't teach it to her first.

“This is a private meeting,” Gavin said. His arms hung at his sides casually, but everything about his stance was ready to move as he stared at Cerberus and his henchmen. There were ten of them, not including the dogs bristling at the ends of their chain leashes. Dear God, what kind of dogs are those? They were massive, standing only a few inches shy of her mediocre five feet, and covered with bushy fur. Maybe they were bears, not dogs at all. Lana glanced warily from Cerberus to Mónica, Donatien, and Béla. Mónica had locked up the artillery, and Lana noticed the appearance of a holster holding a gun at her hip. Donatien and Béla were now on each side of her and Gavin, and she got the uneasy sensation they were for her, not Gavin. Meanwhile Blair, Russ, and Johnson were all starting to reach for the heat they were packing.

“I was giving you the benefit of the doubt my invitation was just misplaced.” Cerberus’ beady eyes moved over to Lana’s friends. “It looks like I was mistaken.”

Gavin’s tone never wavered as Cerberus strutted forward. Lana shied away behind Gavin, biting down on her lip—Cerberus didn’t miss the motion. Immediately his eyes flashed to her. He was a lone wolf who scented blood.

“I know you. You’re Vic’s piece of ass.” His eyes had a cruel glimmer. “If you’re here, he won’t be. That’s rather disappointing.”

It was a slap to her already wavering confidence and Lana physically winced at the comment. All it took was that momentary distraction. She didn’t see him pull the gun out; she only heard the safety clicking off.

“Now, this is going to be nice and easy from here on out. You three” —he waved the muzzle in Blair’s direction— “will load all of that into my car. I will pay you for the merchandise.” Cerberus was mindful enough not to point the gun at Gavin. “And you . . .” He eyed her with hunger. “You can get in my car, dear.”

“I’d rather shit in my hands and clap,” she said. 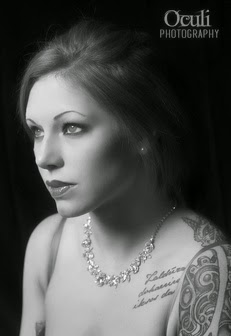 Armada West is an American author and model from upstate New York. Her first notable recognition was for her comedic play, "The Loo Cue", which won a playwright competition and starred actress Fiona Hutchinson. An avid gamer, West wrote articles and tech reviews for TheGamersHub.net

West co-authored a romantic sci-fi short story, Space in the Fall, with fellow author and friend, Jadeleath. The piece premiered in the Persephone's Song anthology from Keith Publications.

In 2014 West was contracted by Distinguished Press for her series Wintertide, a re-vamping of Bottom Feeders. The King's Mortal will be available March 6, 2015. When the Gloves Come Off, a full length novel adaptation of West's Undefeated, was picked up by Roane Publishing in 2014. A release date is still pending.

As a model, Armada West has been featured in Riot Vixen magazine (February 2014) and on Inked Girls. She also worked with game developer, Jaime Fraine, for his 2014 "Tree Translator" Kickstarter campaign and was featured in two of his promotional videos.
Posted by Book Plug Promotions at 12:00 AM