BOOK BLITZ - Let Me In (The Invisibles #2) by Michelle Lynn 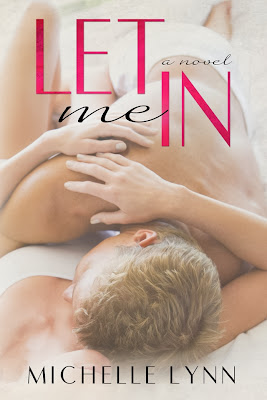 
Grant is damaged, selfish, and undeserving of love…or so he thinks.


Jessa is happy, in love, and has overcome her past…or so she thinks.


Grant and Jessa can’t stop thinking about one another since being introduced at a party a month ago. And despite their differences, they can’t seem to stay away from each other either. However, both are hiding secrets of less-than-perfect pasts, fearing what will happen when those mistakes come to light. As they grow closer, they each battle their own insecurities, and neither believes that they are worthy of the kind of love that they both still want. So if it’s true that opposites attract, what happens when the similarities begin to surface?

EXCERPT:
By the time we get to the dance floor, we are packed in like sardines, barely able to move, let alone dance.  Rob places his hands on my hips and tugs me to him while placing his leg between mine.  This whole dirty dancing thing is throwing me for a loop.  What exactly are we doing here and dancing like this? I stare up at him with confusion and he gives me a cat-that-ate-the-canary look before pointing to the corner.


I stop dancing and turn my body around but Rob grabs me again and brings me against his crotch.  Trying to search where he was looking, my eyes scan the crowd but I don’t see anything except a sea of drunken people making out with each other.


“Right there, Jessa,” he whispers in my ear and I follow his finger. My stomach drops when my eyes find Grant pressing some girl against the wall. He has her cornered while his lips devours her neck and his hands hike up her dress.


“Wish it was you?” he whispers and chills travel up my back.  I automatically attempt to step away from Rob, but he pulls me back. “Not the angel you thought he was, huh?” he laughs.  He twists me around to face him and although he’s laughing his comment off, I can’t help but feel like he means it. Panic arises as I wonder if Rob has seen something. God, did he see that kiss on New Year’s?


Rob keeps me wrapped in his arms when a slow song starts, but I can’t get my mind to erase what I just saw.  As Rob’s breath tickles my neck while he sways me back and forth, I desperately want to see what Grant’s doing.  I knew he wasn’t a monk, but I didn’t think he was the kind of guy who fucked a girl up against a wall in the middle of a club either. After the song ends, I tell Rob that I need to go to the bathroom. He places his hands on either side of my face and starts to kiss me.  Thrusting his tongue into my mouth, he doesn’t let up.  It starts to feel possessive, as though he’s trying to prove to everyone I’m his. Eventually I push him away and he laughs while I stalk off. 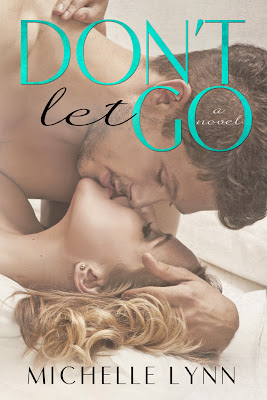 Sadie Miller is attempting to change her ways and hide somewhere no one knows her former self. She only wants to finish her final year of college, obtain her degree, and get out from the hold of her affluent parents. Then she meets Brady Carsen, the lead singer of The Invisibles, a local band popular with the college crowd. She tries to stay away but quickly realizes that, although he might not be what she’s used to, he’s exactly what she needs and more importantly, everything she could possibly want.

Unfortunately, Sadie’s troubled past left her with insecurities that make her question Brady’s true intentions. And while Brady is convinced that Sadie is the one for him, he has his own secrets that he fears will be their undoing. If they want to be together, they will have to stand united and fight the outside influences that are threatening to tear them apart. Can they put their pasts behind them for good in order to secure their future?


a Rafflecopter giveaway
Posted by Naughty and Nice Book Blog at 9:00 AM