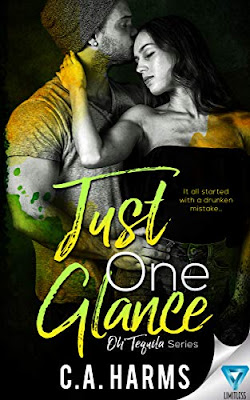 The quiet one. Yep, that was me. The brother that rarely said anything and instead, stood back and observed. That is, until too much tequila and very little thought had me swinging my junk around in the middle of a crowded college party. Hell, I even wore tassels in areas tassels should never be placed. Let’s just say, the hashtag #dicksaswinging will follow me around forever. You may have heard it a time or two already.In my defense, things like that happened all the time because I lived in more of a zoo than an actual fraternity house. It just never happened to me. Suffice to say, I learned my lesson.Seeing Ruby amidst all the chaos was certainly unexpected and it stopped everything around me. The room suddenly went quiet and everyone else disappeared. She stood out—the timid way she worried her hands and the way she looked around, almost as if she was ready to run away.As I got to know her, I realized she was nothing like the girls I normally dated. She was quiet, innocent, and sweet. She was the complete opposite of me and if I was a better man, I would walk away. But I’m not and I can’t.And to think, all it took was Just One Glance and everything changed.

Just one glance is all it took for Jay to fall.

He’s the quiet, unassuming one. He’s been in the background in the past four books but no one can forget “d*%ks-a-swinging”. Too much tequila plus a few tassels made that a memorable night for all. The frat house zoo strikes again. Now it’s his turn. She walks in and everything changes. Ruby isn’t like the other girls he’s dated. She’s quiet, innocent, and sweet and Jay’s smitten.

Ruby knows she needs a change. She isn’t living how she wants. She’s still hurting from the loss of her best friend, her mother and she’s stifled underneath the oppressing thumb of her father. Her good friend Darcy helps her take the steps she needs and that’s when she meets him. Jay. There’s something about him and it takes just once glance to know she wants more.

CA Harms just won’t quit sucking us into the Oh Tequila series. It’s fun, filled with laughs and plenty of heat. This entire series has been fantastic and each book has left me feeling happy. Just another fantastic book!

Posted by Naughty and Nice Book Blog at 10:46 AM