She didn’t believe in love at first sight. Until he collided with her on the slopes and pursued her with a determination that left her breathless…

Part of the Kristen Proby Big Sky crossover collection. Hold on you is a novella that draws you in right away. Autumn and Grayson is an insta love story and gave me more of one of my favorite series.

Autumn is trying to find herself and decides to join her friends on vacation to a ski resort. Although Autumn is not the outdoorsy type she decides to give skiing a try. When she fails she lands on Grayson who would in turn be the love of her life!

Samantha Young is a new author for me and she has a new fan. 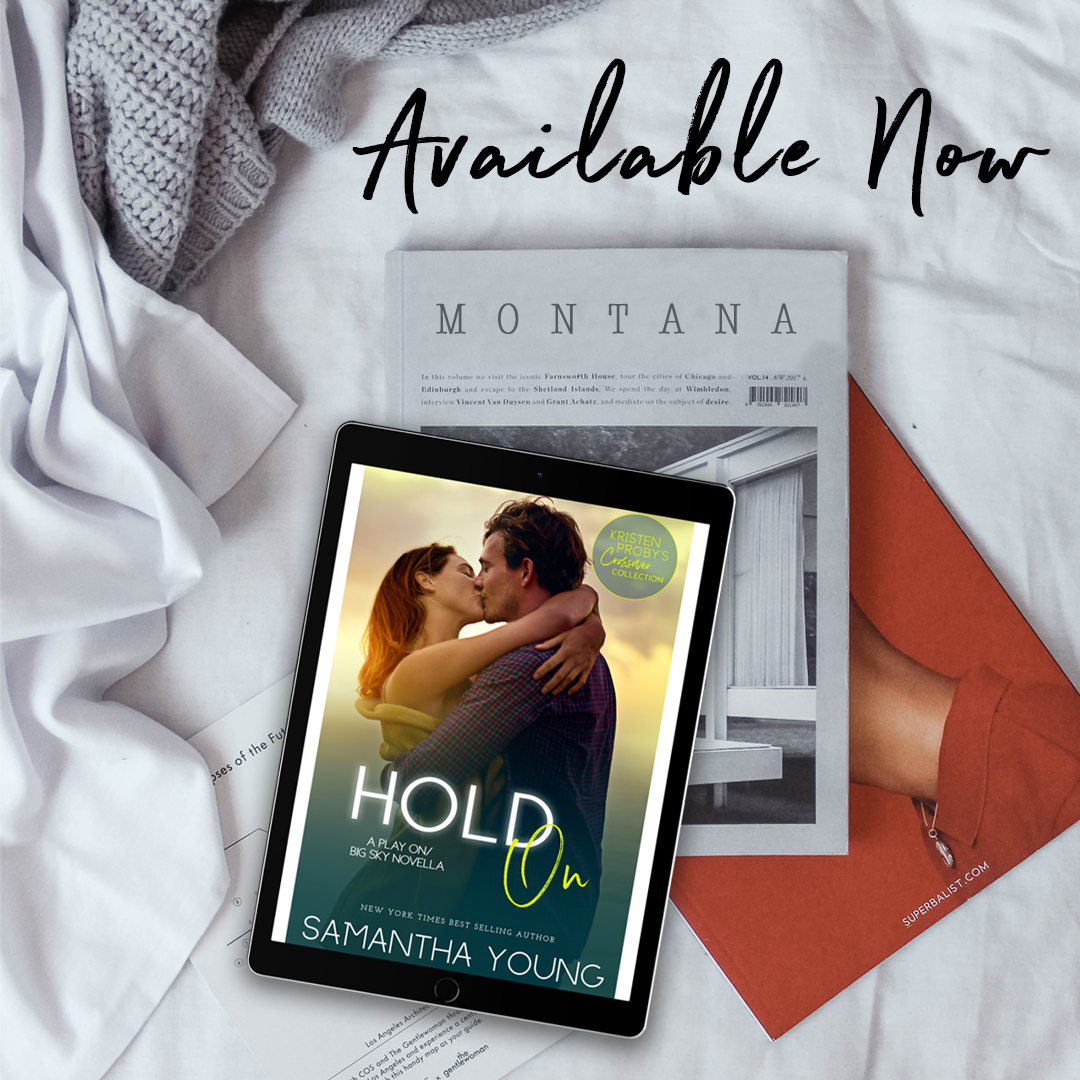 Autumn O’Dea has always tried to see the best in people while her big brother, Killian, has always tried to protect her from the worst. While their lonely upbringing made Killian a cynic, it isn’t in Autumn’s nature to be anything but warm and open. However, after a series of relationship disasters and the unsettling realization that she’s drifting aimlessly through life, Autumn wonders if she’s left herself too vulnerable to the world. Deciding some distance from the security blanket of her brother and an unmotivated life in Glasgow is exactly what she needs to find herself, Autumn takes up her friend’s offer to stay at a ski resort in the snowy hills of Montana. Some guy-free alone time on Whitetail Mountain sounds just the thing to get to know herself better.
However, she wasn’t counting on colliding into sexy Grayson King on the slopes. Autumn has never met anyone like Gray. Confident, smart, with a wicked sense of humor, he makes the men she dated seem like boys. Her attraction to him immediately puts her on the defense because being open-hearted in the past has only gotten it broken. Yet it becomes increasingly difficult to resist a man who is not only determined to seduce her, but adamant about helping her find her purpose in life and embrace the person she is. Autumn knows she shouldn’t fall for Gray. It can only end badly. After all their lives are divided by an ocean and their inevitable separation is just another heart break away…
The Kristen Proby Crossover Collection features a new novel by Kristen Proby and by six of her favorite writers!