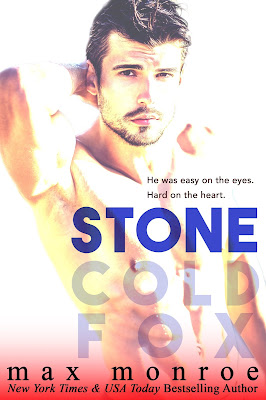 First, hate. Then, want. But in the end? Heartbreak.

My celebrity life was supposed to be easy, and this movie was the biggest break of my career. But from the moment Officer Levi Fox gave me a speeding ticket on my way into town, he’s been nothing but a thorn in my side.

Midnight blue eyes, a bad attitude, and muscles for days, he’s exactly the kind of man I should avoid.

But as the Cold, Montana Police Department’s official movie liaison, he’s taken up a permanent place in my life that I can’t shake.

Then, we kiss—and my carefully crafted hate toward him no longer feels so much like hate.

But how often do alpha-jerks cushion the landing?

Note: Levi and Ivy’s story will continue in Book Two—Cold. 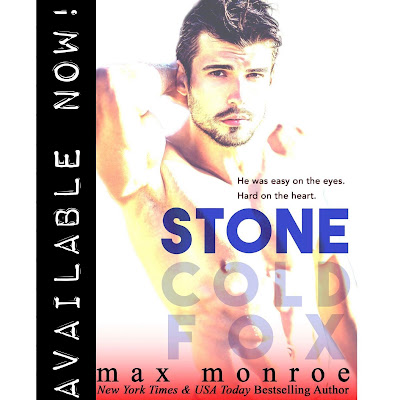 STONE Book Links: CURRENTLY AT A SPECIAL RELEASE PRICE OF $0.99 and FREE in KINDLE UNLIMTED!

Levi and Ivy's story takes you on quite the ride. As of NOW, I am NOT a fan of Levi. He will have to work miracles to win my respect.... and my heart.  Ivy....  I absolutely adore her. When Levi hurts her, my hearts hurts for her.

Levi has a boulder on his shoulder... not a chip. So when his path crosses Ivy, he immediately dislikes her. He assumes she is like every other actress, stuck off and self absorbed. But when he begins to see she is different, he begins to develop feelings. He'sno longer numb, which is a feeling he prefers. A feeling he is acustomed to.  Levi thinks he can play a game of let's make Ivy jealous, but his plan back fires on him. He not only hurts ivy, he shatters her. So when she finally makes a decision to walk away, to be done with Levy, he realizes that he messed up. There is that saying, you never know what you have, until you don't have it no more.

Levi made a HUGE mistake. But will Ivy forgive him? Will ivy give him a second chance?  Will Levi ever open up to Ivy?

I cannot wait for the next installment in this series.  I was given an advanced copy for my honest review.

Also, the other 2 books in the series are already up for preorder.

Posted by Naughty and Nice Book Blog at 2:16 PM