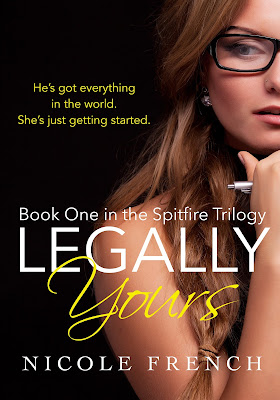 Skylar Ellen Crosby is a typical redhead: blunt, passionate, with a bit of a temper. Okay, so maybe she gets in her own head sometimes. At the end of her third year at Harvard Law, all Skylar wants is to figure out her next steps: ones that will hopefully include a job, an apartment, and enough money to help her father stop getting into trouble. She can't afford to be distracted these days anyway, especially not by men. She simply has no room for romance, especially the kind that might break your heart. But on a dark, snowy night, when she's stranded in the living room of the notorious CEO of Sterling Ventures and one of the best attorneys in Boston, all of those boundaries are about to be knocked down.

Brandon Sterling never believed in fate. A man of his own making, he firmly credits his successes to hard work. How else could you explain his rise from the poorest of backgrounds in South Boston to becoming one of the most successful entrepreneurs in the city? Now he's living in the lap of luxury, and it's never mattered to him that increasing success meant increased isolation in his big house on Beacon Street. After all, when you have everything, everyone else always wants something. Then he walks in to find a feisty redhead sitting on his windowsill. Suddenly, the idea of love at first sight seems like the most plausible thing in the world...if only the one person he wants to give his heart to would actually take it.

Together, Skylar and Brandon have the kind of passion few hope to find, but things keep getting in their way. Between school, business, her father's gambling troubles and Brandon's history of personal struggle, will their complicated lives prevent them from making it work together? Or, as they both suspect somewhere deep down, have they finally met their match in each other's hearts? 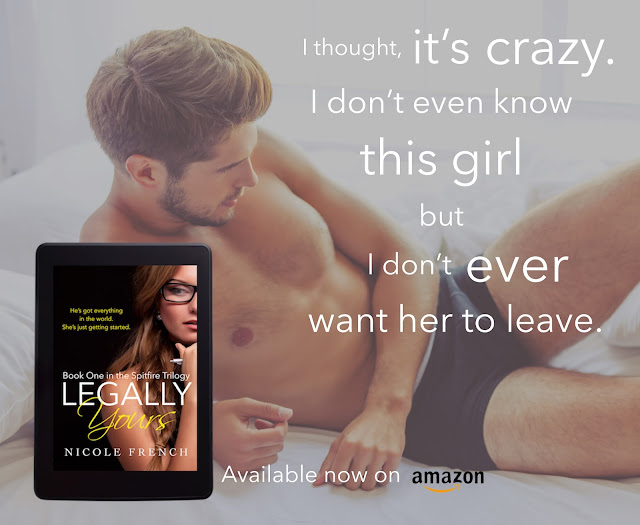 This is the first book by this author that I have read and Holy Hell! You won’t want to miss this one. Nicole French does a fantastic job with Skylar and Brandon’s story. They will keep you captivated until the very last page and have you not losing interest. This isn’t your typical romance story, it definitely has a bit of her own twist to it. A little bit of suspense added in. Though while reading it, I definitely got a Fifty Shades feeling to it without all the BDSM involved. I stayed up till past midnight reading this book only for it to end in a cliffhanger… I was upset with that. But it only makes anticipating the next book a lot more fun.

Skylar is very goal driven, smart and has her head on straight. She is almost done with law school and will not let anything get in the way of her dreams. Skylar is not only building a future for her, but also a future for her dad a grandmother. Her supporters for as long as she can remember. Skylar is originally from NYC but finishing up law school in Boston. Her mother, a different story. My heart broke for her when that part was revealed.

Boston is a city that I truly love so hearing some of the places in the book bring back some great memories for me. That and I am a Red Sox fan myself so you can say I love Brandon even more haha. New York is kind of in my back yard so when she goes back home to visit New York more memories come flooding in.

Brandon is a powerful, successful man who is driven to do his best. When we get to know him, his past is what makes him work his hardest. I can’t help but want to hug him when we hear about this. He wants for nothing in life. He can pretty much get anything he possibly wants. That’s how powerful he is.

I feel that for Brandon, his meeting with Skylar was love at first sight. I felt that. Everything that involved Skylar was only intended  to give her the best. He was pretty much all in since the beginning which even to me was a bit strong and a bit frightening. I mean is a little bit older, richer and he was interested in no one else by Skylar. He pretty much would do anything for her and he proves it. When they finally give in to their desires for one another, Holy Heck is it hot. You’re going to know why Brandon wants her, all of her. He gives you that dominating vibe. But Skylar wants none of that. She is her own person and gives it as good as he throws it. I loved the connection between the two of them.

The story will take a turn. Your emotions will be out of whack. There will be a lot of pushing and pulling. Sometimes I found this a bit excessive. I felt that Skylar should just let Brandon take care of her. I know she is independent and all but here Brandon is wanting to give her the best. It seemed like she was acting like a brat a times. I could have done without it. But yet, Brandon never wavered. He even puts himself on the line for her. Skylar though is trying to find her own way without his influence. I get it but I kept getting frustrated with her. When a blast from the past comes barging in, it throws everything they have worked for down the drain. Can they get through it? Or will it be the end of Brandon and Skylar?

And oh my, you’re going to love Skylar’s roommate. I honestly had a friend like her growing up so it made me miss her a lot while reading this book. I definitely can’t wait to read the second part. Though I know this is a trilogy so their ending is still to come. 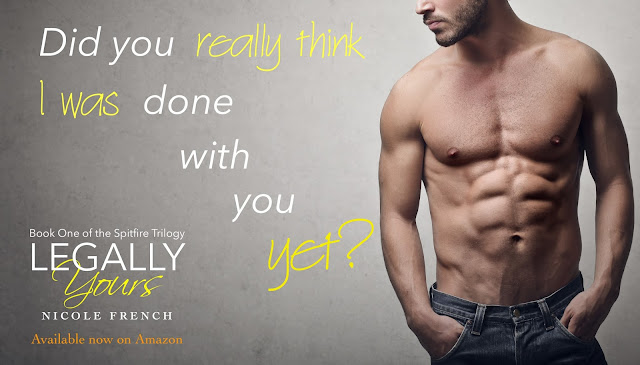 Nicole French is a lifelong dreamer, hopeless romantic, and complete and total bookworm. When not writing fiction or teaching composition classes, she is hanging out with her family, playing soccer with the rest of the thirty-plus crowd in Seattle, or going on dates with her husband. In her spare time, she likes to go running with her dog, Greta, or practice the piano, but never seems to do either one of these things as much as she should. 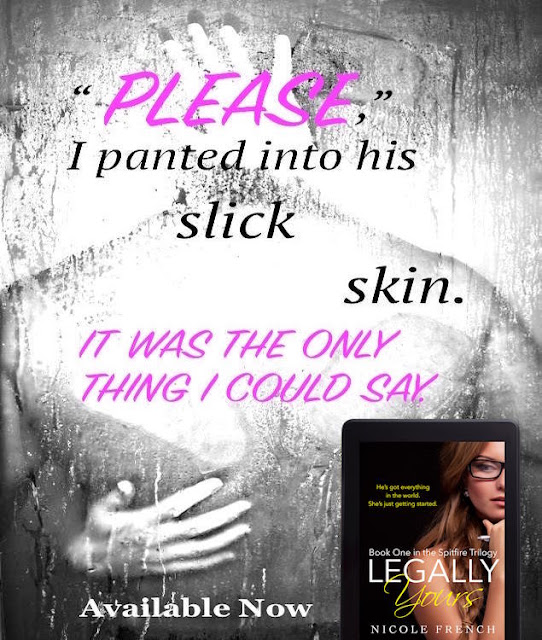