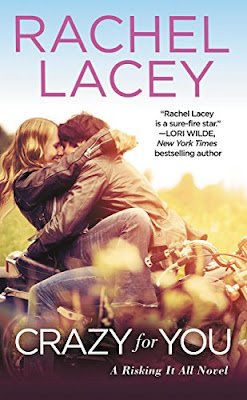 The second book in Rachel Lacey's irresistible contemporary romance series about three foster brothers who return to their hometown to open an extreme sports business, perfect for fans of Kristan Higgins, Rachel Gibson, and Jill Shalvis!

SHE'S TAKING A WALK ON HIS WILD SIDE

Emma Rush can't remember a time when she didn't have a thing for Ryan Blake. Haven's resident bad boy is just so freakin' hot-with tattoos, a motorcycle, and enough rough-around-the-edges sexiness to melt all her self-control. Now that Emma's over being a "good girl," she needs a little help being naughty . . . and she knows just where to start.

Before Emma's brother enlisted in the military, he made Ryan promise that he would protect her from everything--including himself. When her brother doesn't come home, Ryan needs to turn his screwed-up life around to honor his pledge. But he knows he's still not the right kind of guy for someone as sweet as Emma. Only he can't stop wanting to be with her. Wanting her. Falling in love with a good girl may be the craziest risk this bad boy can take . . .

THE RISKING IT ALL SERIES 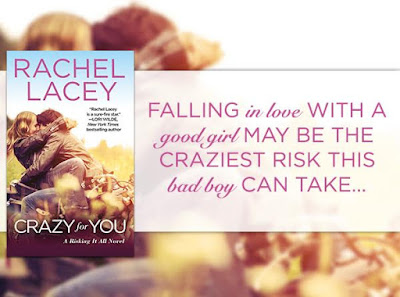 I'm going to be honest and say that this book had a bit of a slow start for me. As I progressed and got over that hump,  I reached a certain point the story started to consume me. This is part of a series, though it can be read as a stand alone. I had no issues following through.

Emma and Ryan have know each other for years. I mean Ryan and Emma's brother have been friends for years and there hasn't been a day Emma hasn't crushed on him. But he thinks of her as his best friends little sister. The no no zone. They're much older now and she's a grown woman but yet Ryan still does not want to cross that line because of her brother.

Emma is tired of being a girl who sticks to the rules and doesn't cross them so she enlists Ryan to help her with that. She wants to live life to its full potential. Ryan on the other hand has reservations of helping her. Yes, he has know her since she was a little girl, yes she has matured into a fine woman, but he will never forget the promise he made to his best friend who was also Emma's brother. He could never betray him that way. But Emma is persistent and chips away at Ryan.

They have both had to sacrifice a lot and have had to mature quickly. Ryan has regrets on a lot of his decisions in the past. But he has come to learn from them and is now a better person because of it. Though it's because of his past he has closed himself off to a lot of things and a lot of feelings. Their backgrounds are so similar which is what makes them click. The chemistry between the two of them are inevitable and clearly visible to their close friends. But they put it aside and remain just friends as they help Emma come out of shell and find herself.

They fall into a natural routine with one another. One that semi borders a relationship but they're afraid to sprout that word. What will happen when Emma's lifelong dream is about to come true? Will it ruin what she has formed with Ryan? or will she be able to create a completely different future for herself? What sacrifice is she wiling to make? Will Ryan let his loyalty to Emma's brother stand in the way to his true happiness? Or will this be another regret added to us list?

This was defiantly a quick fun read for me. Two adults who rekindle their childhood relationship. We watch both Emma and Ryan find who they truly are while working together. They skirt the line several times and contemplate bringing their newfound relationship to light. Sacrifices need to be made again, but some of them are well worth it. I truly loved the closer it group that they have. They're definitely a fun bunch. 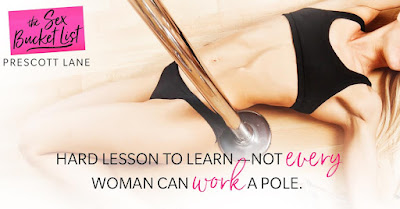 Rachel Lacey is a contemporary romance author and semi-reformed travel junkie. She's been climbed by a monkey on a mountain in Japan, gone scuba diving on the Great Barrier Reef, and camped out overnight in New York City for a chance to be an extra in a movie. These days, the majority of her adventures take place on the pages of the books she writes. She lives in warm and sunny North Carolina with her husband, son, and a variety of rescue pets.