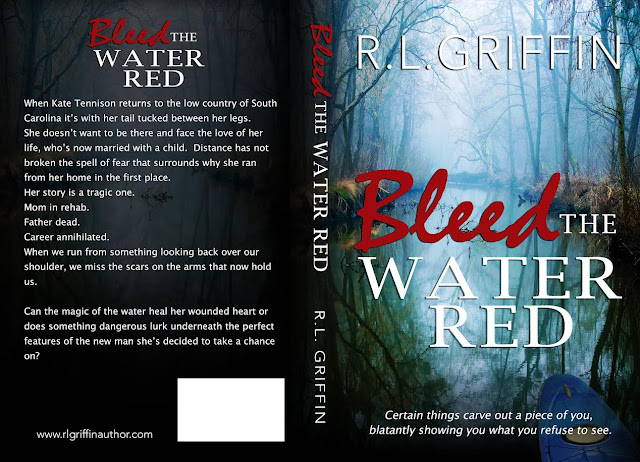 When Kate Tennison returns to the low country of South Carolina it’s with her tail tucked between her legs. She doesn’t want to be there and face the love of her life, who’s now married with a child. Distance has not broken the spell of fear that surrounds why she ran from her home in the first place. Her story is a tragic one. Mom in rehab. Father dead. Career annihilated. When we run from something looking back over our shoulder, we miss the scars on the arms that now hold us. Can the magic of the water heal her wounded heart or does something dangerous lurk underneath the perfect features of the new man she’s decided to take a chance on? 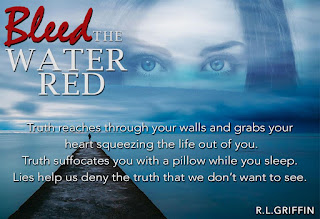 Wow! I am still trying to wrap my head around what I have just read. RL Griffin has done it once again. She takes a situation and she manipulates it into something more. Something powerful. Prepare to be mind blown by this book. I sure as heck was. My mind is still spinning. I was completely captured from the very beginning till the bitter end. There is no one thing you can see coming, which will keep you captivated and longing for more. I became part of the story.

Kate Tennison, who also goes by Layla, had to grow up really fast and really. Alone at that too. Her dad was dead, her mom checked out and Gent, the person she could always count on, the one she loved completely, left her. She was more of an adult than her own mother. When she needed her the most she was not there to help pick up the pieces. This put up so many walls for Kate. She questioned life and her purpose. So many Why questions and she always ran when it got tough. She had her two best friends Poppy and Austin, but that wasn't enough. She still felt so alone and so lost.

Her love for the water brought her back home when she failed at her job. Though the house seemed haunting now that she was in it alone. She needed to find herself and she was hoping the water, along with her two friends could help her move forward.

When she meets a charming guy she is reluctant to let him in. It gave me anxiety knowing who this man was and what he was capable of. I’ve read about him before. But he treated Kate like she was on a pedestal. It was almost so perfect. I just could not wrap my head around him and how he acted. I still hated the fact that she fell for him, but I don't blame her. He did everything right to get past her walls. I always kept waiting for that one shoe to drop, when he would falter. And I knew when it would happen it, it could mean the end. It's just who he is....

"I can be with someone. I am not so broken that I cannot make a relationship work."

If finding a new man in her life wasn't enough, she had to deal with her mother and her old love. Gent was still around and rather close. But when he divulges into their past you can't help but be more confused. Both for yourself and for your anxiety. I always kept thinking what would happen next, but that was never proven right.

"Sometimes the end of something is the beginning of everything"

While reading this book you can't help but feel so bad for Kate. I kept cheering her on, knowing she would overcome everything. She is definitely stronger than she thinks of herself. I love that about her. She improved a lot with the help of Poppy and Austin. I love Poppy and her personality. It's one I can sort of relate to. And they don't ever try to single her out, they continue to welcome her into their lives as if they are one big family. Her mom though, she something else. I kept hoping she would step up and be the mom she should be. And Gent, his story is so tragic I would never wish that upon anyone. He made mistakes and it's his cross to bear. I kept waiting for him to just man up and be who he wants to be and not what is expected all the time.

"Sunrises are the start of something new."

But when Kate’s walls go crumbling down letting someone finally in, what happens when he is not who he has posed out to be? Will she lose herself in him? Will she let him control her mind? Or has she found the strength to be herself? When Gent’s life starts mixing with hers, will she be able to deal with it? Should she move forward without him or with him?  Will Kate be alone again? Can Poppy and Austin be enough for her to get through everything? Will she run? Or will this be the time where she stands up to her fears?

I just simply adored this book. I kind of have the urge to just get lost in the story all over again. Kate just reached out to me. 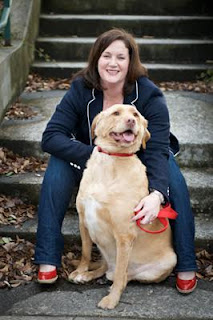 R.L. resides in the Atlanta area with some cool dudes: her husband, son and two crazy dogs.  She was born and raised in the South.  She attended Georgia Southern University and moved to Washington, D.C. to intern in the United States Senate during the impeachment trial.  Falling in love with the city, she went to law school at American University, Washington College of Law.  By A Thread is R.L.’s second book, but is the first in a series that got her back into writing after a ten year hiatus.  She writes anything from romantic suspense to psychological thriller to romantic comedy. One of the things that readers always say is they never know what kind of story they will get from R.L.
https://www.facebook.com/R.L.GriffinByAThread/
http://www.rlgriffinauthor.com
https://www.instagram.com/rlgriffinauthor/
https://twitter.com/RLGriffinauthor
http://amzn.to/2mwRrx3

Email ThisBlogThis!Share to TwitterShare to FacebookShare to Pinterest
Labels: REVIEW