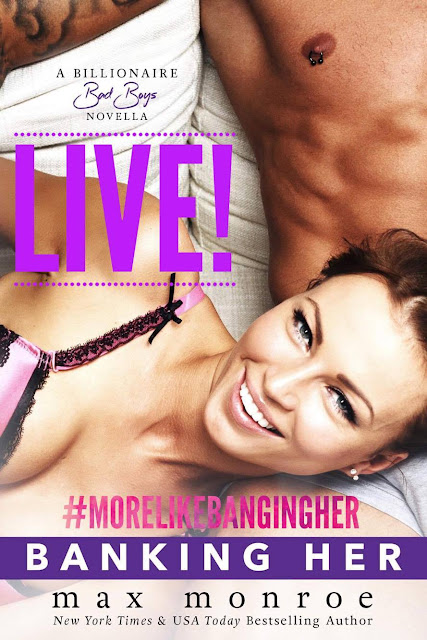 Blurb:
When one Rulebook closes…

Thatch and Cassie have finally found their perfect balance of good and sweet, crazy and playful, and most importantly, hot and insatiable.

But what happens when they’re faced with a surprise neither of them plotted or schemed?
While Cassie seems to be taking everything in stride, Thatch can’t stop himself Sent from my iPhone every little thing revolving around the woman he loves.

How does a man handle that kind of anxiety?

Doing the only thing he can to ease his mind without pushing away the woman he loves, Thatch proves that once again, when it comes to him and Cass, you’ll never see what’s coming.

Wes Lancaster has always followed one guideline for play. He never gets involved with anyone working for his professional football team, the New York Mavericks.

It hasn’t been a hard rule to live by.

She’s beautiful, intelligent—and has no problem taking control of every situation.

She pisses him off. She turns him on.

As tension builds and desire heightens, Wes finds himself wondering how much longer he’ll be able to follow his gameplan.

If you'd like to use this "disclaimer" instead of the blurb in an effort to mix things up, we encourage that as well:

Disclaimer: Max & Monroe and Thatch advise that you use caution when insinuating the actions of their characters into your real life. You might find yourself the new owner of a truckload of hilarious kind of fun—or a restraining order. It's one or the other, really.

BANKING HER SPOTIFY PLAYLIST:
https://open.spotify.com/user/222bsusbmwvihstgjbq27kbkq/playlist/0BMHqHVvJ8TLaYLbZXMvZg
Posted by Naughty and Nice Book Blog at 8:00 AM