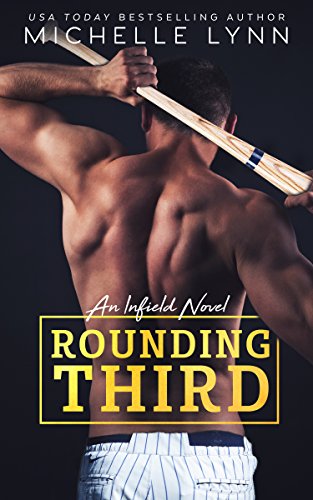 I was destined for stardom.
From the age of seven, I was an all-star.
Parent’s praised me, coaches worshipped me.
As I got older, girls begged for me.
I was Beltline’s baseball God, guaranteed to put this small town on the map.

Then, after one night, that future vanished.

The legend was laid to rest.
I gave up my scholarship.
I fled from Beltline.
I left behind the girl.

Tragedy, love, heart break.. Michelle Lynn brings out a lot of emotions in this story. I cried, I laughed and I couldn't get enough of Crosby Lynch. I love his cocky attitude when it comes to getting Ella back but also love how sweet he is while trying to do so. The tragedy they go through at such a young age is enough to break anyone apart. When Crosby decides they need to go their separate  ways to try and heal, Ella is heart broken. Crosby returns two years later and he's determined to get Ella back. It's not going to be as easy as he thinks though. Ella is with Liam now and isn't going to jump back into Crosby's arm so he has his work cut out for him. This was an awesome story and I highly recommend!

I had the honor of reading this in its early stages for Michelle and I was blown away with the changes that were made in the end. It has been so much fun seeing Crosby and Ella's story come together from the beginning. You rock Michelle and I can't wait to see what's next!!!!

Jogging up the stairs to the second floor, I sneak into the back row of the classroom. I pull out my laptop and quickly catch up with the professor’s lecture. The guy a couple seats down passes a syllabus over, and when I turn to thank him, I’m reminded that nothing comes easy in my life.
“Is there a reason you were holding my girlfriend’s hand?” Ella’s boyfriend whispers, sliding into the open seat between us.
Well…shit.
“She won’t be your girlfriend for long,” my cockiness answers for me. My arrogance is a great intimidator that’s always worked in getting me what I want.
“Who are you?”
As his beady eyes try to daunt me, I get an up close look at him. I can see why El might have fallen for him. He’s a safe bet. Probably riding the coattails of his family’s money, paving his way with his arrogant little bitch frat brothers. It only assures me of one thing. I don’t have to fight him for El. This guy wouldn’t start a fight if I fucked her right in the middle of his bed. El is just a trophy to him. He doesn’t love her like I do.
“I’m just an old friend. We have a long history together.” I glance at him from the corner of my eye, offering him a quick wink.
His knuckles whiten as he clenches his pen. It couldn’t be more satisfying, knowing I’m getting under his skin.
His annoyed expression tells me that Ella hasn’t been so open about her life and her past. This guy doesn’t have a shot.
“She’s taken, so keep your hands to yourself.”
A few heads flip around after his voice heightens.
Not needing a professor to hate me on day one, I lean in closer to whisper in his ear, “I can’t make any promises. It’s nothing personal, believe me, but technically, she’s always been mine.” I ease back against my chair right as the professor’s eyes catch mine.
Liam’s head whips around, and I wait for him to ask me to take our discussion outside. But he cowers, like I knew he would.
“Try to steal her away from me, and see what happens,” he says.
“I’m not going to have to try hard. Your time with her was over the moment she saw me.”
The professor forcefully clears her throat, eyeing us. If we don’t end this conversation soon, we’ll both be kicked out.
“Don’t be so cocky, asshole. The fact that I don’t know anything about you, and the fact that she’s never mentioned your name, show what she really thinks of you.”
“You two”—the professor points, and a hundred pairs of eyes turn in our direction—“since you’re so chatty, maybe you should be conducting the lecture this morning?” She crosses her arms over her purple blouse and waits for our answer.
“Sorry, Professor Knight,” Douche Bag says.
“Sorry,” I say.
She nods and starts the lecture back up again, her eyes continuing to linger on us.
He slides over to his original seat.
I strike my earlier thought. I have no idea what El sees in this weak shithead.
I lean over the now vacant chair, testing my luck one final time. “Don’t worry. I’ll be around. We can continue this conversation soon.”
He scoffs me off, shaking his head. His fingers start tapping on the keys of his laptop as he accepts his defeat for this round. 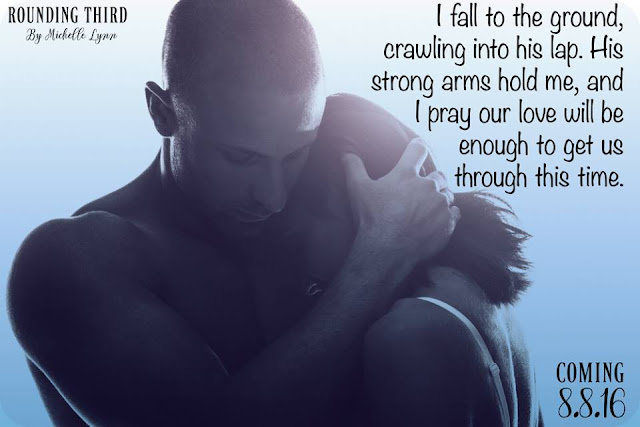 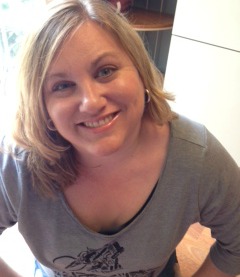 Michelle moved around the Midwest most of her life, transferring from school to school before settling down in the outskirts of Chicago ten years ago, where she now resides with her husband and two kids.  She developed a love of reading at a young age, which helped lay the foundation for her passion to write.   With the encouragement of her family, she finally sat down and wrote one of the many stories that have been floating around in her head. When she isn’t reading or writing, she can be found playing with her kids, talking to her mom on the phone, or hanging out with her family and friends.  But after chasing around two kindergarteners all day, she always cherishes her relaxation time after putting the kids to bed.

a Rafflecopter giveaway
Posted by Naughty and Nice Book Blog at 8:05 PM