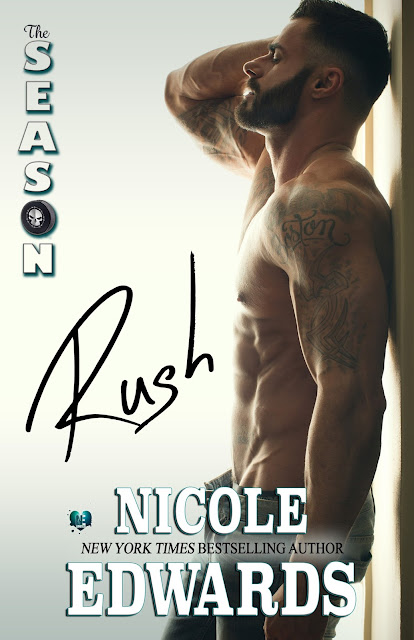 Kingston Rush Becoming a goaltender in the NHL is the only thing I ever wanted for myself. Goal accomplished. Two years ago, I was the best goalie in the league, for the third time. With our Stanley Cup win, the Austin Arrows were on top of the world. Nothing could possibly bring us down. Wrong. Turns out, even when you’re at the top, you can find yourself back at rock bottom. But it gets worse. Not only did the team fall from grace, then I did too. I was accused of something I didn’t do. And now I’m being forced to repair my tarnished reputation. Only I don’t know how to do that. When the suggestion is made for me to pull off this ruse for the media, I know what I’m getting into. I also know there’s only one right answer. But it’s complicated, and I’m not the only one who could get hurt. There’s only one major problem. I can’t say no. 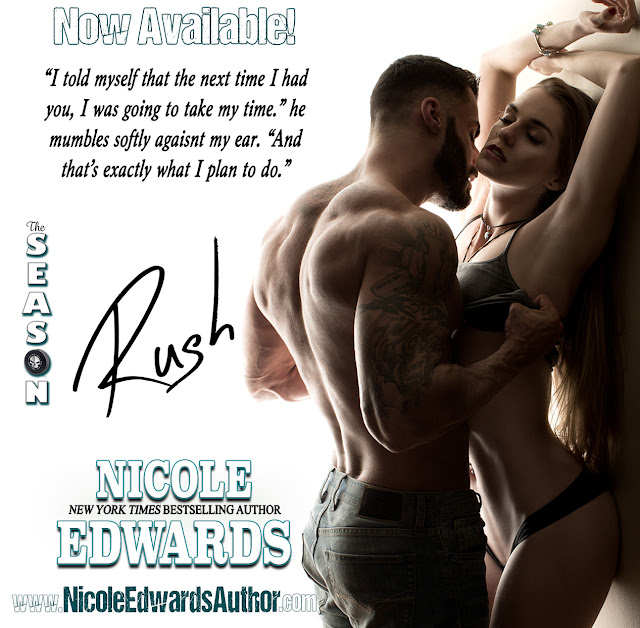 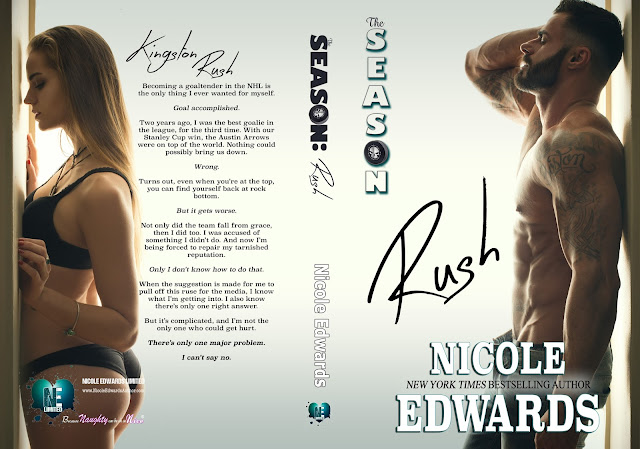 I am a HUGE fan of Nicole Edwards. I fall in love with her characters every time I pick one of her books up. Let me introduce you to Kingston Rush, better known as Mt. Rushmore. He is the goalie for the Austin Arrows.  The Austin arrows were once on top of the world as they were the Stanley Cup Champions, but the last two years, they have been in last place. What could be the cause of these problems. The coaching staff, the players, or their personal lives being brought onto the ice.

Rush had a rough year with rumors and accusations. When the Arrows PR team comes up with a plan to help the team form a better 'image', they seem to want to have Rush be the center of attention.   So when Rush is approached with an idea, he needs someone to help him. His best friend Spencer, who is the Captain of the teams comes up with a bright idea.
This bright idea involves Spencer's sister, Ellie.

Sometimes things that start off as make believe, can quickly turn into real life. Especially, when the two people have had feelings for each other for years and neither of them every voiced their feelings.

So what happens when Rush is forced to be close to Ellie? Will he tell her how he feels? Will he take this opportunity to show Ellie that they can have something great between the two of them?  Will Spencer be okay with Rush being with this sister, even if it is 'pretend'?

Pucks aren't the only thing flying in this book. SPARKS are definitely flying between Rush and Ellie.  Ellie is feisty and never short for words, so when things get HOT and HEAVY between the two, will Ellie tell Rush how she feels, or will she lead him to believe she is 'pretending'?  What will happen when the both of them are faced with a decision to either move forward it end it? Will the odds be in their favor? Will Ellie be able to conquer Mt. Rushmore, or will she be left at the bottom of the mountain, holding her heart in her hand?

If you love a sports romance, then Rush needs to be added to your TBR list !!!!!! 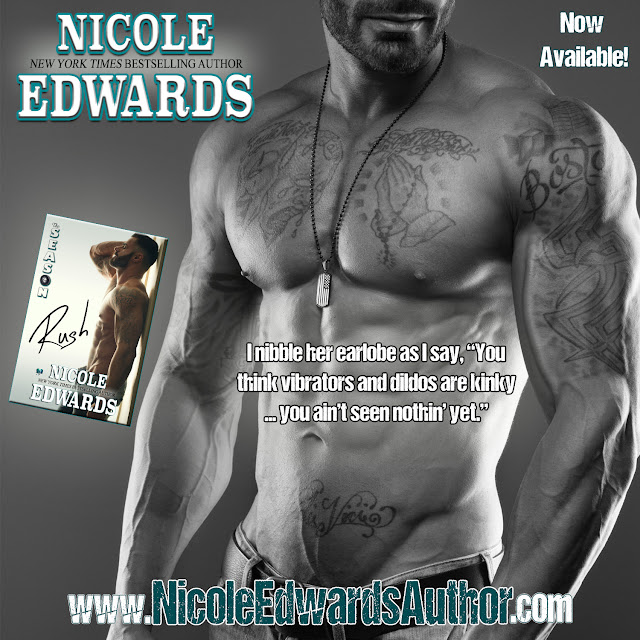