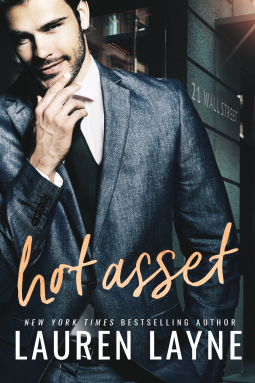 A sexy agent hounds Wall Street’s hottest new wolf in an exhilarating novel from New York Times bestselling author Lauren Layne.
Ian Bradley is the definition of a Wall Street hotshot: seven-figure salary, designer suits, and a corner office. His drive off the floor is just as potent. Every woman who knows him has felt the rush. But now he’s met his match in Lara McKenzie—a woman with the power to bring Ian to his knees.
An ambitious, whip-smart daughter of FBI agents, Lara is a rising star in fighting white-collar crime. Her latest case—the investigation of Ian Bradley for insider trading—could make her career. She knows a scoundrel when she sees one. Ian fits the bill: a cocky, ridiculously handsome bad boy with a slick swagger.
She’ll do anything to prove he’s guilty. He’ll do anything to prove he’s not. But it’s only a matter of time before their fierce battle of wits gets oh so hot and personal. Now, taking down Ian has become more than business for Lara. It’s become a pleasure—and there’s more at risk than she ever dreamed.

Ian is a hot shot Wall Street investor accused of insider trading. Lara is from the SEC sent to investigate him. Ian is a playboy not looking to settle down. Lara is looking for her shot to go to the FBI. Neither are expecting or looking for love but sometimes it’s right in front of you!

This is the first book I have read of Lauren’s and I have to say I’m a fan. The writing was good the characters are intriguing and fun. There was just enough angst to not making it overwhelming. I would definitely recommend this book to others and I am looking forward to more from these 21 Wall Street guys!

Posted by Naughty and Nice Book Blog at 11:06 AM