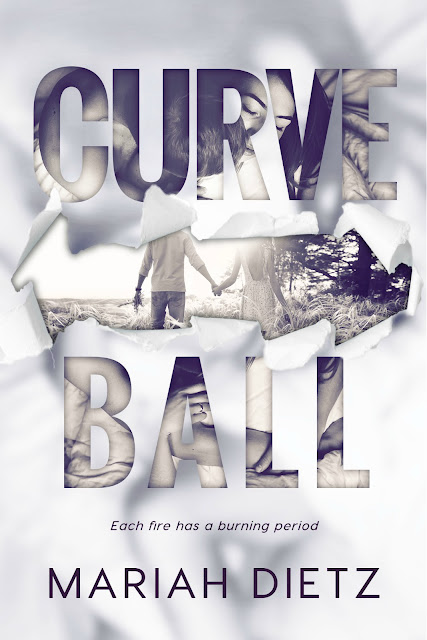 Shakespeare believed there was always humor in tragedy and tragedy in humor.

My life proved his theory as fact.

At eighteen I was a single parent moving to this small town to be with the man I loved. The one who was supposed to love and cherish me in return.

Finding out he had a wife was tragic.
Remaining in love with him in spite of her was more tragic.
My mom and best friend setting me up on a long string of blind dates was an ongoing tragedy.

Nine years later, I’ve learned to see the humor in most situations.

My mom and best friend setting me up on disastrous blind dates.
My son’s jokes.
The fire alarm going off each time I cook.

My constant bright spot always adding to the humor was my son, Hayden. But when Hayden had a life-threatening allergic reaction, the man who came to help my little boy became my own savior. His laugh, his smile, and the way his eyes lit up when he spoke to my son made him a beacon of light in both our lives.

But I wasn’t the only one who noticed him.
When I began having feelings for the man my best and only friend had fallen for, I knew following my heart would once again lead to a fresh round of heartbreak.

Love led me to this town.
Lies kept me there.

Would history repeat itself?
Or had life just thrown me another Curveball? 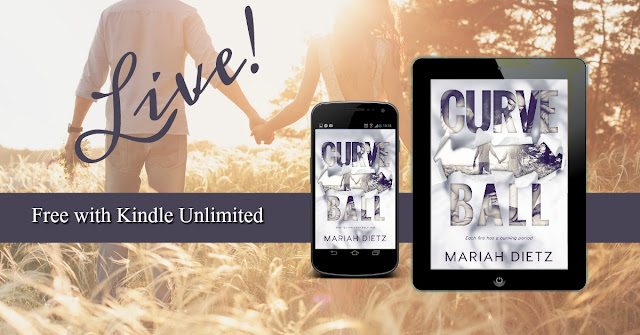 An eighteen year old Ella trusted & fell for the proverbial older man who in return was nothing but deceitful. When she moved to “his” town and became the town pariah for the sake of their son little did she know that people she trusted and loved would turn out to be the ones she could trust the least.

Ella’s “curveball” came in the form of handsome firefighter Coen.

Coen from another town didn’t know the backstory of Ella’s life….all he knew was he fell for her hook, line & sinker. He was always right around the corner from where Ella was, trying to worm his way into her life. Always dropping by, helping Hayden with baseball…even going to Hayden’s games.  Soon she became invested just as Coen was. When life threatening incidents occur it’s Coen who is beside Ella.

Life such as baseball comes with many, many different plays & pitches….one in Ella’s life is SOME people may not think that Ella & Coen are best suited for each other….watch how their story plays out.

I really enjoyed reading Curveball for Mariah. She has given us a cast of characters that could be, and in reality probably are, found in every neighborhood.  And who doesn’t like to read about a HOT fireman?? Although I would have enjoyed a little longer epilogue….one that would include more info on the secondary characters introduced in the book…..I give this read a solid 4 and would recommend this read to anyone who enjoys a hot read, with a little bit of thriller, on a hot afternoon. Going to be a great beach read this summer!!


I stand on her doorstep and knock. The window into her house shows there’s a light on in the family room, so I know she’s awake. Ella’s head pops around the wall, her short hair pulled back at her neck. Even with her glasses on, I can tell she’s squinting, working to recognize me. I wave as if that will help her place me, but she doesn’t until she’s halfway to the door. Her shoulders fall, and a smile replaces her frown that had been created by concern.
“Hey,” she says, opening the door.
She’s wearing a pair of pajama shorts and an oversized sweatshirt and socks, and with her glasses on and her hair pulled back, she looks like she could pass for being in college, maybe even high school.
“Sorry, are your parents home?” I ask.
“Shut up,” she mumbles, tucking a loose strand of dark hair behind her ear and taking a step back to invite me inside.
“Seriously though, how old are you?”
She eyes me, tilting her chin and narrowing her eyes like she does when she’s debating how to respond. “How old do you think I am?”
“I may not look very bright, but I do know better than to answer that question.”
“Are you sure?” she asks. “’Cause you did just ask me how old I am and I’m pretty certain there’s a golden rule about asking a woman that question.”
“Golden rule?”
“Unspoken rule. Common sense…”
“I’m thirty,” I volunteer.
“Twenty-seven,” she says.
“I bet you still get carded.”
“I bet you don’t.” Ella smiles as I cry out with feigned offense at her insult.
“What are you doing tonight?” I ask.
“Making a mess of my living room.” Ella’s shoulders sag with her response. She leads me into the family room where the built-in shelves that line each side of her fireplace are sitting bare, the contents scattered around her living room.
“You prefer that just-robbed look?”
“I was rearranging some things,” she says.
“Why? It looked good before.” I look around, realizing it wasn’t just those shelves she cleared. The couches have been moved, and the bookshelf on the far wall has been cleared. “If you were bored, you should have come over. I have lots of stuff that needs organized.”
She laughs. “That’s because you just moved. I was just tired of looking at the same stuff.”
I raise an eyebrow. “I’m tired of looking at boxes and random crap in my house since moving, but I can’t think of a time that I’ve gotten tired of looking at things when they’ve been put away.”
Ella laughs, but it’s too high, and her eyes flit across the space, revealing it isn’t genuine but out of nerves. “Sometimes I just need change,” she admits.
“What else do you get tired of?” I ask.
The same nervous laugh clears her lips before she licks them. “Everything … I guess…” She scoffs, shocked she just admitted this to me. “I mean, don’t you ever just get tired of people and things?”
I chuckle. “You get tired of people too?”
One brow goes up as she nods while releasing a deep breath. “I’m so difficult. You’ll learn this quickly, so I may as well tell you.” She flashes a smile that is so honest and genuine it knocks me off balance and rids every sarcastic remark I’d been thinking. “I once stopped eating waffles for three years because I was so tired of eating them,” she admits. “Sometimes I feel like if I had the opportunity to do that with some of my co-workers, I may not see them again for a decade…” This time both of her brows go up, and her head tilts with thought before she purses her lips. “Or maybe ever.” She looks at me as she admits this, and for some reason the level of honesty she’s sharing makes me like her even more. “Don’t get me wrong, I love Rachel. She’s the sister I never had, but sometimes I even need breaks from her.” She shrugs again. “It’s no one’s fault. It’s just how I’m wired, I guess. I’ve always been fairly independent, and then after Hayden was born, I was forced to be. Now I’m probably too independent. It used to drive my ex absolutely crazy.” Her gaze sweeps to the floor, making me question if she meant to bring up the topic or if it’s painful for her to.
“Being independent is a good thing,” I tell her. “And like you said, you’ve had to be. I can’t imagine what it takes to be a single parent. You probably fear nothing.”
Her blue eyes are narrowed with hesitancy as they meet mine, but she smiles, and I know it’s simply to appease me. “The opposite actually. I fear way more now that I’m a mom because I know what I could lose.”

Mariah Dietz is a transplant from the Pacific North West, now living in the South with her husband and two sons that are the axis of her crazy and wonderful world.

Mariah grew up in a tiny town outside of Portland, Oregon where she spent the majority of her time immersed in the pages of books that she both read and created.

She has a love for all things that include her sons, good coffee, books, travel, and dark chocolate. She also has a deep passion for the stories she writes, and hopes readers enjoy the journeys she takes them on, as much as she loves creating them.