This, as always is a hard task to do. This is just a short list of my top reads from 2016 from books that have stuck with me even after time has gone by. They are not in any type of order what so ever. I am looking forward to what 2017 has to offer us in the book world. 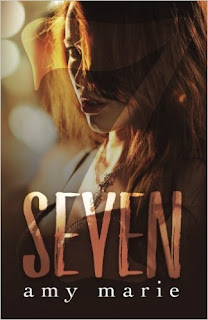 ****Warning: This book is intended for readers 18 and Up. Strong language and explicit sexual scenes**** Innocence. We’re all born with it. Navigating through life as though power, privilege, and money don’t rule the world. I’m guilty of it. I walked around, ignorantly thinking that the PITCREW, the most popular guys in high school, was where you wanted to be or who you wanted to date. They could have any girl they wanted, but they needed a challenge. They needed something to do to make their miserable existence exciting. That’s where I came in. How was I to know that the one night I willingly gave away my innocence would set off a chain of events, turning my world upside down? Now, ten years later, it’s my turn to use sex, money, and lies to take from them all that they took from me . . . and more. But the road to retribution has its twists and turns and I don’t want to make the innocent mistake of crashing.
AMAZON LINK FOR AMAZON 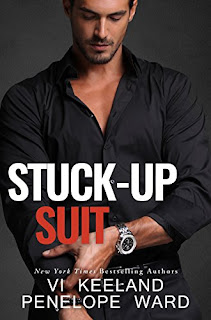 It started out like any other morning on the train.
Until I became mesmerized by the guy sitting across the aisle.
He was barking at someone on his phone like he ruled the world.
Who did the stuck-up suit think he was...God?
Actually, he looked like a God. That was about it.
When his stop came, he got up suddenly and left. So suddenly, he dropped his phone on the way out.
I might have picked it up.
I might have gone through all of his photos and called some of the numbers.
I might have held onto the mystery man's phone for days―until I finally conjured up the courage to return it.
When I traipsed my ass across town to his fancy company, he refused to see me.
So, I left the phone on the empty desk outside the arrogant jerk's office.
I might have also left behind a dirty picture on it first though.
I didn't expect him to text back.
I didn't expect our exchanges to be hot as hell.
I didn't expect to fall for him―all before we even met.
The two of us couldn't have been any more different.
Yet, you know what they say about opposites.
When we finally came face to face, we found out opposites sometimes do more than attract―we consumed each other.
Nothing could have prepared me for the ride he took me on. And I certainly wasn't prepared for where I'd wind up when the ride was over.
All good things must come to an end, right?
Except our ending was one I didn't see coming.
AMAZON LINK FOR STUCK UP SUIT 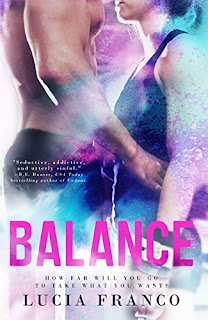 Adrianna Rossi is no stranger to the rigorous demands required of her body. Years of pain and determination make her one of the best. Olympic glory is the ultimate goal, and she'll do anything to achieve it. Even if that means leaving home to attend World Cup Academy of Gymnastics, a training center that serves one purpose—producing champions.

Perfection, precision, and dedication are required of his athletes. When two time Olympian Konstantin Kournakova is persuaded into training the young hopeful, he immediately regrets it. She doesn't come close to his high standards. As the relentless pursuit of her dream keeps her striving, a passion is ignited within him.

Kova's power and domination, coupled with Adrianna's fierce tenacity, reveal there is more for her body to learn. Every interaction can be misconstrued, but there’s no mistaking the darkening of his gaze, the lingering of his touch, or the illicit image of his bare skin pressed against hers. Integrity is on the line. One toe off the beam and their forbidden desires could ruin everything they’ve worked for, throwing it all off balance.
AMAZON LINK FOR BALANCE

From Book 1: One story. Two couples. 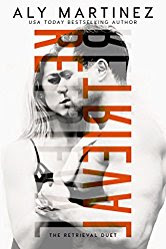 I proposed on our first date.
She laughed and told me I was insane. Less than a day later, she said yes.
It was a whirlwind, but we were happy…
Until we got greedy and wanted a family.

It was a life I couldn’t give her, not for lack of trying. Fertility just wasn’t on our side. We sought out doctors and treatments. Spent money we didn’t have. Lied to our families. Smiled for our friends. Put on a brave face for a world that didn’t understand.
Finally, we were successful…
Until we were forced to bury our son.

We were left broken, battered, and destroyed.
They say love is in the details, but it was the details that ruined us.

This is the story of how I took back what had always been mine.
The retrieval of my wife and our family.
AMAZON LINK FOR RETRIEVAL
Transfer 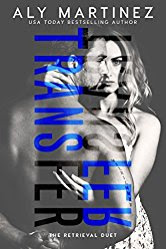 Transfer is book two in the USA TODAY bestselling Retrieval Duet. It is not to be read as a standalone.

I fell in love with a man who didn't exist.

What started out as romance ended in hell.
His words turned to razor blades.
His kisses converted to fists.
His embrace became my cage.
His body transformed into a weapon, stealing parts of me until ultimately....
I broke.

I hated him.
My sole job in life became to protect our daughter.

I wasn't sure I'd ever escape the prison he'd skillfully crafted from my fears.
Until the day our savior arrived.

This is the story of how I escaped the man who thought he owned me.
The transfer of my life and my family.
AMAZON LINK FOR TRANSFER 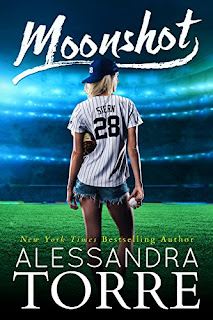 THE NEW YORK TIMES BESTSELLER
Baseball shouldn't be a game of life and death...
The summer that Chase Stern entered my life, I was seventeen. The daughter of a legend, the Yankees were my family, their stadium my home, their dugout my workplace. My focus was on the game. Chase...he started out a distraction. A distraction with sex appeal poured into every inch of his six foot frame. A distraction who played like a God yet partied like a Devil.

I tried to stay away. I couldn't.
Then, the team started losing.
Women started dying.
And everything in my perfect world broke apart.
AMAZON LINK FOR MOONSHOT 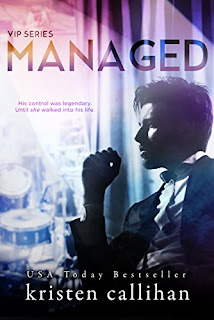 It started off as a battle of wits. Me: the ordinary girl with a big mouth against Him: the sexy bastard with a big...ego.

I thought I’d hit the jackpot when I was upgraded to first class on my flight to London.

That is until HE sat next to me. Gabriel Scott: handsome as sin, cold as ice. Nothing and no one gets to him. Ever. He’s a legend in his own right, the manager of the biggest rock band in the world, and an arrogant ass who looks down his nose at me.

If I accept his proposal, I leave myself open to falling for the one man I can’t manage. But I’m tempted to say yes. Because the real man beneath those perfect suits and that cool façade just might be the best thing that’s ever happened to me. And I just might be the only one who can melt the ice around his heart.
AMAZON LINK FOR MANAGED

There’s a single defining moment within every skater. 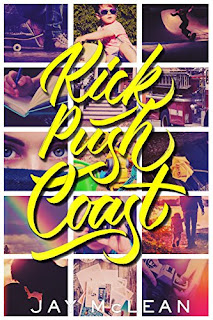 It lasts only a second. Two if you're good.
Three if you’re really good.
It’s the moment you’re in the air, your board somewhere
beneath you and nothing but wind surrounds you.
It’s the feeling of being airborne.

The sixteen-year-old version of me would’ve said it was the
greatest feeling in the world.
Then at seventeen, I had my son.
And every single second became a defining moment. Even the ones that consisted of heartbreak when his mother left us.

Seventeen. Single. Dad.
That’s what my life became.
Yet, every day, I managed to find that feeling of being
airborne.
Or at least I convinced myself I did.
But I lied—to myself and to everyone around me.
Until she showed up; Tanned skin, raven dark hair, and eyes the color of emeralds.

You know what sucks about being in the air?
Coming down from the high.
Sometimes you land on the board and nail the trick.
Then kick, push, and coast away.
Other times you fall.
You fall hard.
And those are the times when it’s not as easy to get back up, dust off your pads and try again.
Especially when the girl with the emerald eyes becomes your drug...
And you become her poison.

One life-changing summer.
One boy.
The boy.
The boy who offered me safe touches and heart-stopping smiles - smiles he shared with his son.
We filled our days with porch-step kisses,
filled our ears with laughter,
filled our hearts with love.
Deep, soul-aching, desperate love.

But love is misleading.
It’s an invisible, fleeting moment.
Somewhere between false adoration and pure hatred comes an emotion, a vulnerable need, a single desire.
It lives within the ones who miss it, who crave it,
who know better than to expect it.
Love is relentless.
Even when that love turns to hate, turns to loathing,
turns to pain.

Love should heal you.
But it can also break you.
Believe me, I know…
Because I'm Becca Owens - a broken girl…

It Ends With Us by Colleen Hoover 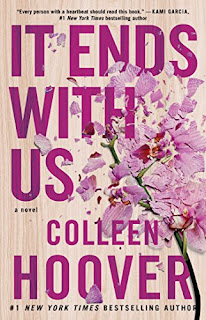 SOMETIMES THE ONE WHO LOVES YOU IS THE ONE WHO HURTS YOU THE MOST Lily hasn't always had it easy, but that's never stopped her from working hard for the life she wants. She's come a long way from the small town in Maine where she grew up - she graduated from college, moved to Boston, and started her own business. So when she feels a spark with a gorgeous neurosurgeon named Ryle Kincaid, everything in Lily's life suddenly seems almost too good to be true.  Ryle is assertive, stubborn, and maybe even a little arrogant. He's also sensitive, brilliant, and has a total soft spot for Lily, but Ryle's complete aversion to relationships is disturbing.  As questions about her new relationship overwhelm her, so do thoughts of Atlas Corrigan - her first love and a link to the past she left behind. He was her kindred spirit, her protector. When Atlas suddenly reappears, everything Lily has built with Ryle is threatened.  With this bold and deeply personal novel, Colleen Hoover delivers a heart-wrenching story that breaks exciting new ground for her as a writer. It Ends With Us is an unforgettable tale of love that comes at the ultimate price.

AMAZON LINK FOR IT ENDS WITH US
Posted by Naughty and Nice Book Blog at 11:26 AM