Blog Tour - Fight For Me by Corinne Michaels 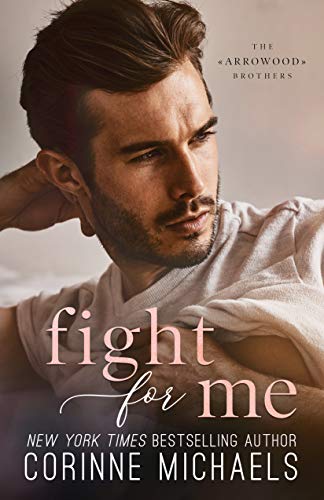 I fell in love with Sydney Hastings when I was ten years old.
At sixteen, we whispered promises of forever.
When I was twenty-two I broke them all. I left her and promised never to return.

After my father's death, I’m forced to go home to Sugarloaf for six months. She'll be everywhere, no longer just in my memories and regrets.

When we’re together, it’s as though time never stopped. She’s still the one I want, but I don’t deserve her. Instead of apologizing, I take that beautiful, broken woman in my arms. But after that, it’s her turn to leave me.

Now I have to fight. For her. For us. For the life we both want …

I was patiently waiting for the release of Declan's story. Probably just as patient as Sydney was waiting for Declan to pull his head out of his ass. Declan's father not only caused pain for his sons while he was alive but also when he died. Due to the mistakes of Declan's father, all four son's lives were affected forcing them to make decisions that not only hurt them but those they loved.

When Declan is forced to return to his home time, he knew he would run into the love of his life, Sydney, the girl he walked away from. Just because he walked away from, didn't mean he ever stopped loving her.  It was his love for her that made him walk away. He would always do what was best for Sydney. But did he ever stop to ask Sydney what she wanted? Did Sydney not have a say in her happiness. For years she prayed Declan would return to her, but when he does, her entire world is turned upside down by one decision.

Will Sydney forgive Declan for breaking her heart when he walked away? Will Declan finally put the past behind him and realize he deserves happiness?

At times I was so frustrated reading this book, where I wanted to strangle Declan. Sydney is a patient and forgiving person. She loved Declan with all her heart. But how could she live the life she wants, when her heart is being held by the man she loved from a child on. The heart knows what it wants. Sydney knows what she wants.  Declan needs to make a decision. A decision that will change his life forever. 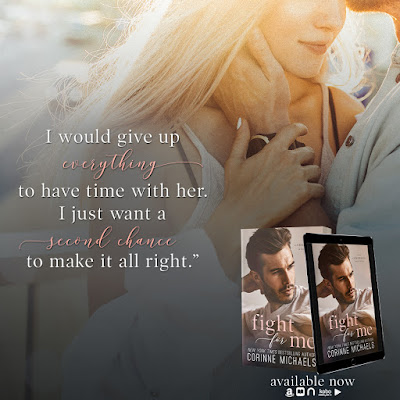 "Do you want to dance?"
She nods.
I hear my brother make a noise and pretend I didn't. She said yes, and I'm going to cling to that.
Here might be the last time I ever get to hold her in my arms, and I'm going to take it.
"I love this song."
I love you.
"Why is that?" I ask.
Her arms move to my chest, and I wonder if she can feel the pounding of my heart. My nerves are bowstrings, being pulled taut before the arrow is ready to fly. Everything inside of me is strained, but I keep it together.
Sydney and I move, the world falling away as it always does when I am with her. Gone is the hurt of my past, the uncertainty of my present, and the regret of the future ahead. Right now, I have her.
She's here, in my arms, where she's meant to be.
I don't care if the sky lights on fire because she's all I see.
"Listen to her." Sydney's voice is quiet and pensive. "Listen to her talk about him giving up and her asking him to stay."
And I do. I hear the words, and I swear that she's singing to us.
"Don't tell me it's too late," Emily croons.
"I won't give up that easy.
Don't call me darlin' and tell me that you're leavin'.
Don't walk away.
Stop pushing me when you know you want to hold on.
It could be so easy for us, baby.
I've been here, but you don't see me.
Don't let go if you're not ready for me to walk away." The acoustic guitar takes over as her voice drifts off.
"Syd," I say her name as both a plea to let go and hold on.
Her hands grip my shirt tighter. "Don't. Don't let go. Don't push me away."
I see the tears in her eyes. I don't want to push her away. I want to hold her close, kiss her senseless, and love her until she knows it in every fiber of her being that she's everything I want.
I see her. I feel her. I know her in my bones, but I won't be able to be who she needs.
No matter how much I wish it weren't the case, I can't give her the life she wants with a husband and babies. All I can offer her is a friendship that has an expiration date because once my six-months is up and she has moved, I know I won't allow myself to see her again.
The song ends, and the two of us stop moving, just watching the other.
The spell that was surrounding us seems to break and awareness fills her gaze. Her fingers loosen and drop from where they had been clutching my shirt and she takes a step back.
The loss of her is felt everywhere. My heart doesn't seem to beat as strongly, the cold hits my chest, making it hard to breathe, and the emptiness from her loss leaves me weak.
For those minutes I held her, the world made sense. And now ... I need to leave.