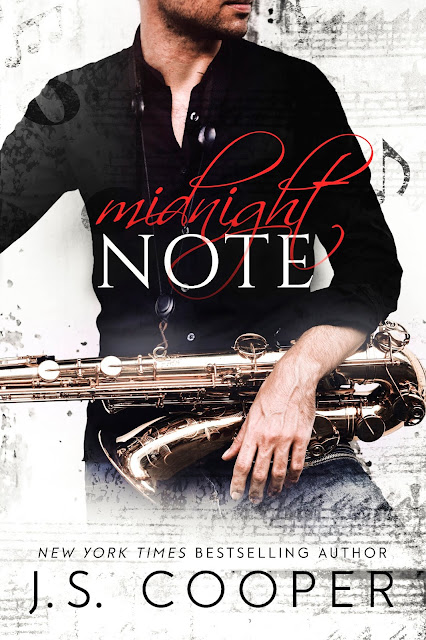 J. S. Cooper had a cover reveal today for her upcoming book, Midnight Note and we would be so happy if you could share it. The info is contained below or If you would rather just share her release day post, you can do so here on Facebook and here on Instagram! Thanks for your time and if you have any questions, please feel free to contact me.
He wants to win her heart...It was midnight when the first package arrived containing a sheet of music and a mysterious note. There was no return address and Sapphire had no idea who was sending the packages or why they were being sent to her.She has no idea who he is...Twelve weeks and twelve packages later, Sapphire has 12 completed songs that mesmerize her; yet she still has no idea who the anonymous composer is. When Sapphire hears one of the songs being played on a late night radio show, she decides to travel to New York City to find the mystery composer that has named the song after her.Both of their secrets are about to be revealed...Little does she know that her life is to become turned upside down as she enters a foreign world of alluring handsome musicians that are as charming as they are dark and secretive. As Sapphire gets closer to finding out who her mystery composer is, she realizes that she is in over her head and that danger abounds around every corner.
Amazon- https://www.amazon.com/gp/product/B07JYFXMBT?ie=UTF8&tag=offtheshe-20&camp=1789&linkCode=xm2&creativeASIN=B07JYFXMBT
iBooks- https://geo.itunes.apple.com/us/book/midnight-note/id1440860589?mt=11&at=1l3vvPM
Posted by Naughty and Nice Book Blog at 1:42 PM