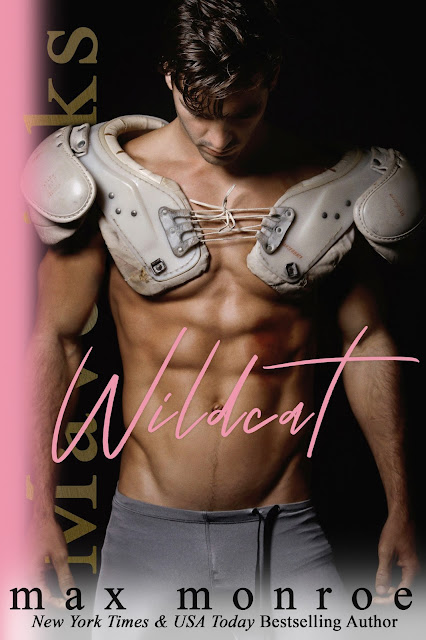 Blurb:
Wildcat: a football formation in which the ball is snapped, not to the quarterback, but to another player lined up in the quarterback position.

Wild, Cat: a beautiful woman from the sky, who hooked me against the rails, and has me on the ropes. Sweet like honey, with a hint of sass burning behind her pretty brown eyes, she took over my heart without warning.

But no one predicted this.

And just like the other team, I never saw it coming.

Disclaimer:
Things this book is:
Things it isn’t: 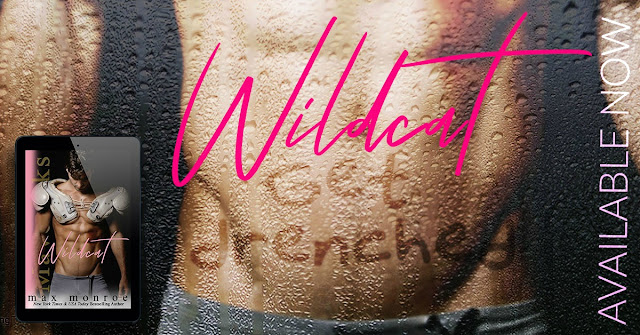 I absolutely adored QUINN BAILEY in Wildcat. Not to mention how much I loved Catharine a/k/a Cat or Kitten.

Quinn Bailey has had his fair share of partners in the bedroom. So when he stumbles upon Catharine while on a plane back to Birmingham to visit his family, he was thrown off kilter.  Cat is a flight attendant and the hot gentleman in 2A has caught her eye. So when the two of them are delayed in Atlanta and end up on the same train to Birmingham, sparks begin to fly.

Quinn can not stop thinking about Cat. The same goes for Cat. Cat can't get the images of those vibrant blue eyes from her mind. After exchanging numbers, Quinn takes it upon himself to keep in touch with Cat. Even with his pre-season schedule, he manages to spend time with her, even if he has to go out of his way.

When Quinn's identity is revealed, so are some of Cat's insecurities. Why would a pro football player want me? What does he see in me? Am I as pretty as the other women he's been with?

Cat is the exact opposite of the other women he has been with. Maybe that's why their relationship seems to work. When Quinn and Cat face a few obstacles in their way, will they be able to overcome them? Is Cat willing to fight for love? Will Quinn allow the ignorance of others to drive a wedge between the two?

Wildcat is a great start to a new series. It was an easy, fast read.

If you'd like to use this "disclaimer" instead of the blurb in an effort to mix things up, we encourage that as well:
Disclaimer: The authors cannot be held liable for any smiles that are cracked while reading this book, as well as, any of the following side effects that may occur: Uncontrollable laughter, chronic swooning, and an addiction to Quinn Bailey that may require an admission into the *Max Monroe Rehab Facility.
Disclaimer for the disclaimer: *Rehab facility does not exist, but incessant re-reading of this book will most likely be unavoidable. Once you play with Quinn Bailey, you won’t want to play with anyone else. 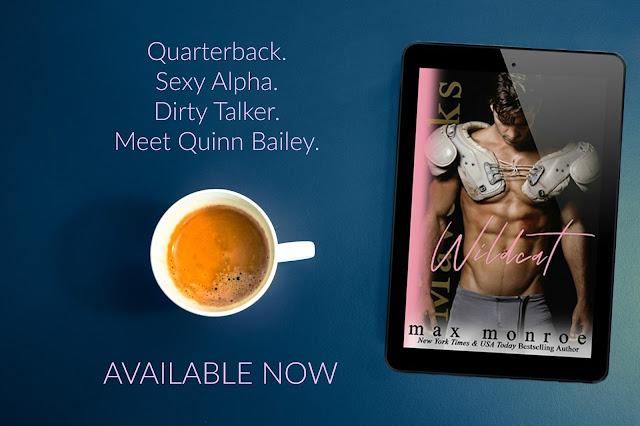 Posted by Naughty and Nice Book Blog at 12:06 PM