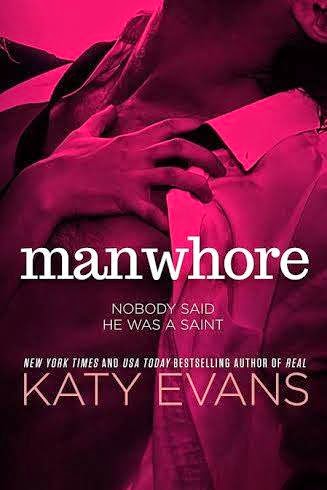 Is it possible to expose Chicago’s hottest player—without getting played?This is the story I've been waiting for all my life, and its name is Malcolm Kyle Preston Logan Saint. Don’t be fooled by that last name though. There’s nothing holy about the man except the hell his parties raise. The hottest entrepreneur Chicago has ever known, he’s a man’s man with too much money to spend and too many women vying for his attention.Mysterious. Privileged. Legendary. His entire life he’s been surrounded by the press as they dig for tidbits to see if his fairytale life is for real or all mirrors and social media lies. Since he hit the scene, his secrets have been his and his alone to keep. And that’s where I come in.Assigned to investigate Saint and reveal his elusive personality, I’m determined to make him the story that will change my career.But I never imagined he would change my life. Bit by bit, I start to wonder if I'm the one discovering him...or if he's uncovering me.What happens when the man they call Saint, makes you want to sin? 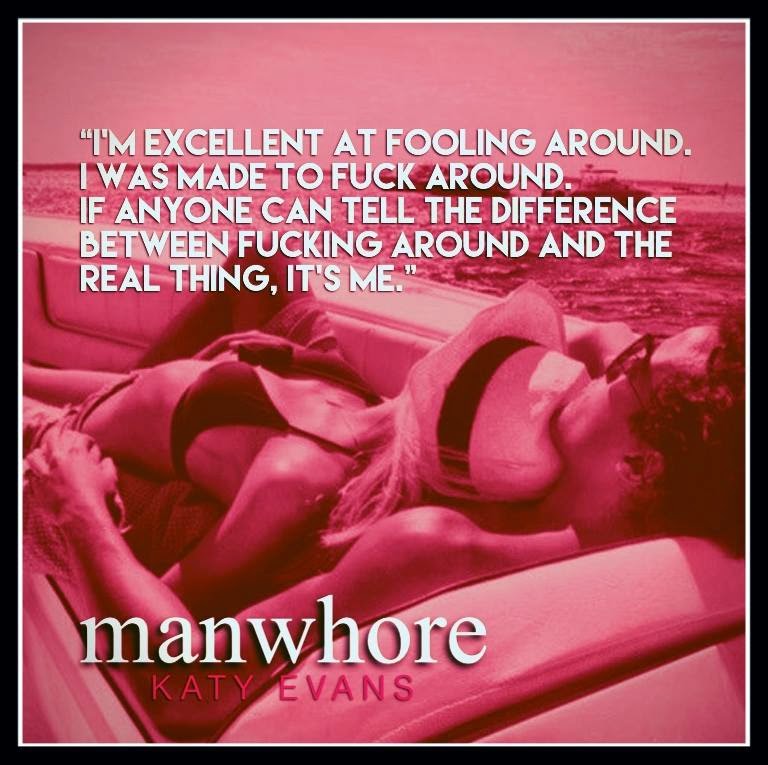 "He's Chicago's story.  And Chicago's darling.  He has to be handled with care."

When I began reading Manwhore, immediately I thought it reminded me of the movie How to Lose a Guy in 10 Days with the premise of the magazine journalist doing an expose on a business mogul.  Those were my first thoughts, but as I continued to read I realized there was so much more to this story.

In Manwhore we are introduced to Rachel who is a journalist for the magazine Edge, which seems to be circling the drain, struggle to stay afloat.  Her boss, Helen approaches her with an assignment which she eagerly accepts.  This is Rachel's chance to make a name for herself.  What journalist wouldn't jump at the opportunity of write a piece of Chicago's one and only Malcolm Saint.  Rachel sees this as the piece she needs to set her apart from her colleagues.  Will Rachel have what it takes to get an opportunity to speak with Malcolm Saint?  At what lengths will Rachel go to in order to get close to him?

Malcolm Saint is the hottest entrepreneur Chicago has ever known.  Women fall to his feet, they throw themselves at him.  Malcolm is a far cry from a Saint and has earned the reputation of being called a "MANWHORE".

Fate played a role in granting Rachel access to Malcolm.  Neither one of them imagined the pull they would have toward each other.  Only after a few encounters, Malcolm grows possessive of Rachel.  He calls 'dibs' on her.  Rachel tries her best to have Malcolm answer the questions that she needs for her expose, but every time she is around him, her professionalism blows out the window.  She fumbles with her words, her mind goes blank. She blushes like a teenager and finds herself scrambling to avoid looking like a complete idiot.

Malcolm senses Rachel's discomfort, taking advantage of the opportunity.  Malcolm is a powerful business who gets what he wants. He's also a player who always gets who he wants.  So when he sets his sights on Rachel, he will stop at nothing to make her his.

The two of them are both falling for each other, and as much as Malcolm was a Manwhore, the true question is..... Is he still a Manwhore?  Can Malcolm be in a monogamous relationship?  When sparks fly between the two of them, will Rachel allow herself to fall for this sinner?  Will Rachel try to keep Malcolm at arms length?

A lie is lie, no matter how we try to sugarcoat it.  We can try and twist it, but in the end, it is still a LIE.  TRUST is a HUGE issue for Malcolm. Will Rachel ever reveal her true reason for wanting to work with Malcolm?  Malcolm is under the impression she is only interested in his new social networking site.  What will happen if her secret is ever exposed?  Will Malcolm question Rachel's motives?  Question her feelings for him? Will he give her the opportunity to explain herself?

Katy Evans did a fantastic job making the readers fall in love with Malcolm Saint.  There were no horns or a tail hidden on Malcolm Saint.  He was never a sinner in my eyes.  As much as I wanted to condemn him for being a manwhore, I couldn't.  Once he found someone that was worth changing his ways for , he did.  I found myself loving Malcolm more than I did Rachel.  In this story, the villain is Rachel in my eyes.  Malcolm managed to wiggle his way into my heart and I am dying to see what the future holds for him.  Will be be able to forgive Rachel for lying to him?  That is the million dollar question that I will have to wait till the release of Manwhore +1 in July. 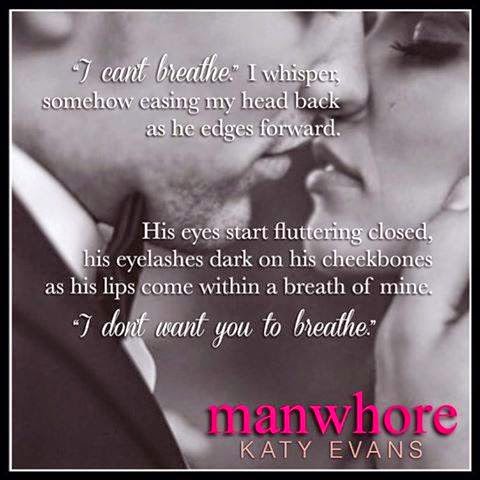 Posted by Naughty and Nice Book Blog at 3:45 PM