Chapter One ~ The Consequence of Loving Colton by Rachel Van Dyken 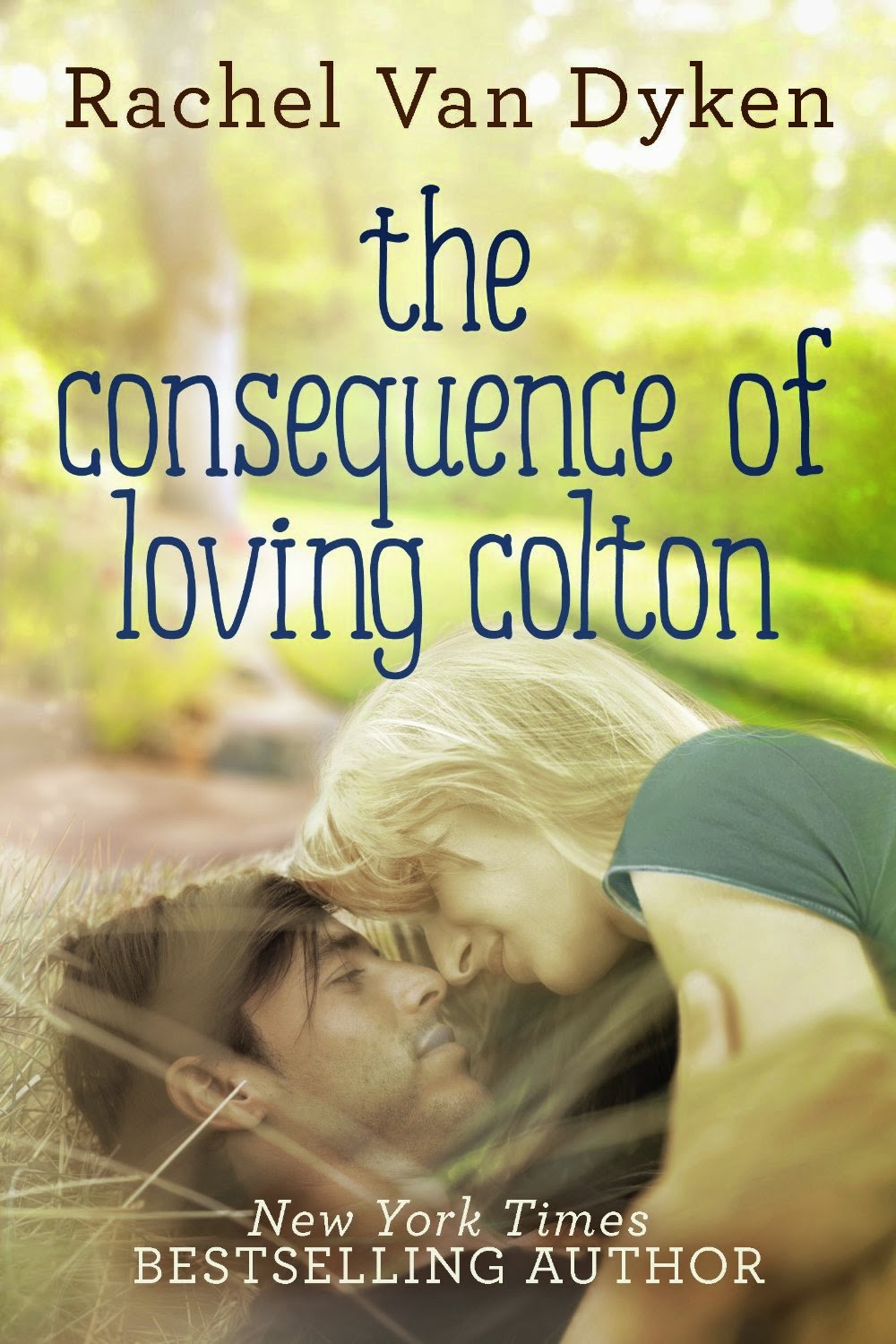 They’re not kids anymore, but Milo Caro is certain that Colton Mathews will only see her as his best friend’s little sister for the rest of their lives. After all, he made that clear the night before she left for college. But four years later, her brother is getting married and Colt’s the best man—and guess who is the best man’s last-minute date?

Milo vows to use the wedding to either claim the smoldering firefighter’s heart or douse this torch for good. When Max—her best friend from college, who may be carrying a torch of his own—crashes the party, they devise a plan to make Colt see what he’s missing. But after Colt catches on, he decides to cook up his own revenge. 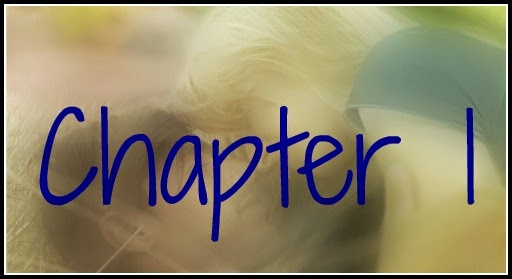 I gripped the steering wheel with both hands. Actually, I would have gripped it with my teeth, toes, and ankles had my brain actually fired fast enough to send the message: Red alert! Red alert!

Instead, mouth dry, I just sat there like an idiot.

I couldn’t think of anything to say to make it better—anything. I couldn’t even give the guy a smile, which really was a shame considering it was my best asset.

“Milo!” Colton tapped the door of my light-blue Mercedes. “You look good.”

I blinked. Well, I thought I blinked, I wasn’t really sure. The car was still running, you’d think I would at least have enough sense to take my foot off the pedal and put it into park, but all I could do was stare. Fantastic. Twenty-one years old and still dealing with sweaty palms because Colton Mathews had said my name.

One thing I was sure of—my mouth was still hanging slightly ajar. Drool would soon follow and then Colton would have just one more reason to make fun of me—Jason’s little sister.

“You all right?” He leaned his muscled forearms against the open window and stuck his head in. Merciful God in heaven, he still smelled the same. His spicy cologne blending with his perfect tan skin would have made any girl pause, or swallow her tongue, or sweat; really, take your pick. “You do realize at some point you need to turn off the car and go inside the house, right, little girl?”

And there it was, I wasn’t any girl. To Colt, I was Jason’s little sister. Nothing more.

It didn’t matter that my boobs cheerfully filled out a C cup or that I’d had my braces off for over seven years. I still wasn’t a woman to him.

God must have taken pity on me, because for some reason, in that instant, when the smell of Acqua Di Gio floated into my car, I snapped out of my insane moment and smiled.

Colton chuckled. It was a deep chuckle. The type that makes girls sigh while simultaneously trying to figure out how to get out of their clothes and trap the man into marriage. Seriously. His smile was one that made girls want the condom to break.

Great, now I was thinking about condoms.

A barking dog interrupted my sexual daydreams. It was Max’s ringtone. “Um, one second.” I put up my finger and shooed Colton away from the window as I pressed “Answer” and let the window close. He smiled, seemingly amused, and leaned against the car.

“How goes the first day of childhood hell, my friend?”

“That depends,” I whispered into the phone, not taking my eyes off Colton as he stood facing the window. He was tall enough that I was basically staring at his lower abs and lower . . . body. Heat flooded my face, informing me without a doubt that crimson decorated my cheeks.

“Why are we whispering?” asked Max, my best friend from college.

“Because we are in the car.”

“Whatever,” I conceded with a snort, waving my hand in the air flippantly. “And it’s not going well. In fact, I’m pretty sure Colton thinks I have a learning disability.”

“Why would he think that?”

I sighed into the phone and tried to concentrate on anything but the fact that Colton was standing a few inches away from me. So freaking close. “I kind of, sort of . . . blacked out when he was talking to me.”

“We’ve established this. I’m in the car.”

“I’m an idiot.” I groaned and smacked my hand against my forehead. “When the phone rang I closed the window to answer it but now he’s not moving.”

“Well . . .” Max cleared his throat. “I guess there are worse things in life than a hot guy standing outside your window, right?”

“Right.” My voice wavered. “But he’s like facing the door. All of him.”

“His parts,” I clarified. Swear I felt my entire body go up in flames. Great, so now I was going to hell for looking at his parts. His very nice parts. His yummy, tight, straining—I needed to stop before I gave myself a stroke. “He’s facing the window and leaning against the car and I swear, Max, the whole front of his body is pressed up against . . . my car.”

“Well, you said his parts.”

“Not his parts-parts,” I clarified. Shoot me now. Could this conversation get any more awkward? “Never mind, I mean—oh, crap.”

I could see Max now, coffee thrust in the air, pacing the Starbucks floor like a crazy person.

“He’s stretching across the car and—” I stopped mid-sentence. “Shit, my brother’s on the other side.”

“Let me get this straight.” Max chuckled. “You have your lifelong crush, who just so happens to be your brother’s best friend, on one side, his parts pressed firmly against your hot little Mercedes, and your brother, who has no idea of this sad infatuation, on the other side, making it possible for you to ogle his best friend’s goodies?”

“Yup.” My breathing picked up as I heard Colton laugh and then his front pressed against my door. “Good Lord, I’m sweating. He’s—”

“Please don’t finish that sentence. It makes me want to puke, and as much as you make fun of me for not having a girlfriend, it’s not because I prefer men, so please . . . spare me the details.”

“What?” My eyes were glued to Colton’s hot body as his stomach stretched across an eight-pack straight out of a glossy magazine cover.

“With what?” I whisper-yelled. “I have nothing to offer him!”

“It’s not like I want you to plant a chocolate trail from the ground to your lips, Milo.”

“I know that!” I snapped. “Besides, he’s allergic to chocolate.”

“Please tell me you don’t have his medical history memorized.”

“I don’t,” I lied, suddenly finding great interest in the black leather steering wheel while my shame increased. “Besides, it doesn’t matter. His Facebook profile says he likes blondes. I have dark hair.”

“I’m going to ignore the fact that you stalk him on Facebook and just help you fix the problem. So dye your hair.”

“Yeah, let me just get the hair dye from the backseat, Max!”

“Sheesh, touchy. You, my friend, need to get laid.”

“Tell me about it,” I muttered. “I’m the one stuck in the damn car with nothing but my Kindle[SBK4]  and a prayer.”

“Your life makes me sad.”

“I have no body.” I slumped against the seat in a pout. “Besides, I don’t know the first thing about seduction. And he hates me.”

“I tried kissing him when I was sixteen and he laughed in my face.”

“To be fair, your skirt was tucked into your underwear.”

“Not the point!” I yelled for real this time. Why the heck had I drunk that entire bottle of wine and confessed all my embarrassing moments to Max? The terrible two outside my car began banging loudly on the windows. Great, I’d probably captured their attention when I raised my voice. And fantastic, the car began to move. I’d officially awakened the beasts.

“Right.” I clicked end and shut off the car.

Nothing was going as planned—that was for sure.