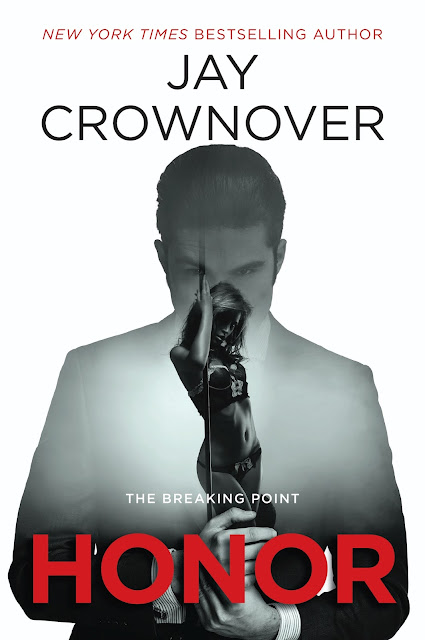 New York Times and USA Today Bestselling Author Jay Crownover returns with her most complicated hero yet, in the first book in the romantic suspense series The Breaking Point.

Don’t be fooled.
Don’t make excuses for me.
I am not a good man.
I’ve seen things no one should, done things no one should talk about. Honor and conscience have no place in my life. But I’ve fought and I’ve survived. I’ve had to.
The first time I saw her dancing on that seedy stage in that second rate club, I felt my heart pulse for the first time. Keelyn Foster was too young, too vibrant for this place, and I knew in an instant that I would make her mine. But first I had to climb my way to the top. I had to have something more to offer her.
I’m here now, money is no object and I have no equal. Except for her. She's disappeared. But don’t worry, I will find her and claim her. She will be mine.
Like I said, don’t be fooled. I am not the devil in disguise... I’m the one standing front and center.

Add to your Goodreads

I absolutely LOVED this book. Jay Crownover has a way of sucking you in from page one and deliver a captivating story of two survivors fighting for one thing... FREEDOM

Nassir and Key's bond is strong. The pushing and pulling, the sparks flying, it was bound that something would happen between the two of them. When Nassir laid eyes on her all those years ago, she gave him a reason to live. A reason to breathe. A reason to want to do better.

Key has been fighting her feelings for Nassir for years. She even tried to run from him, but he managed to suck her back in. Key needs to make a decision if she returns to The Point. Will she open herself up to Nassir. Will she allow Nassir to chip away at the wall she has built around her heart for years. Key fear giving her heart to Nassir.

Is Nassir ready for Key to open her heart to him? Will he be able to love her and let her be herself? Can Key trust Nassir with her heart? Will loving Nassir mean that key will lose the one thing she hold sacred.... her independence.

HONOR is a story of love, torment, hurt, and survival to mention a few. This story is raw and will lave you wanting the best for both Nassir and Key. These two are power houses and if they can manage to unite, The Point is in for a rude awakening.....

In my head I heard him as clear as if he had been in the bed next to me…”I have a business proposition for you, Key.”

His voice, with its faintest hint of an accent as he looked at me with those candy-colored eyes, gave nothing away. Of course, when he offered me something other than sex and physical temptation, it was a chance to get into bed with him in a different way…a way that would probably be just as dirty and complicated as the traditional way. Only Nassir would take something people did anyway and charge for it. He was already making money from the strip club and from the working girls he looked out for, so why wouldn’t he take that a step further and make money off of people chasing a chance to indulge in their kinky vices. It simply made good business sense.

I scrolled back up to the Ns in my contact list and stared at his name before pulling it up. It took another ten minutes before I could get my hands to stop shaking enough to type out a text message. I couldn’t call him. The sound of his voice after what had happened with the guy from the bar tonight would be too much. I would be in my little Honda Civic racing back to the Point and throwing myself at him like a lunatic. I needed to keep the upper hand with him if I was going to go home, if I was going to even consider tying myself to him in any way.

I sent the message off and stared at the phone, expecting an immediate response. Expecting a “good” or an “about time.” I got nothing. Zero. Zilch. The screen stared back at me, taunting me in silence for hours. When I couldn’t stop hitting the message button to see if anything was there, and as dawn started to cross the sky, I finally gave in to temptation then and threw the thing across the room.
There had been good men and bad men in my past. There had been men I wanted to stay longer than they did and ones I couldn’t get rid of fast enough, but in the background there was always Nassir…always. I couldn’t escape his pull and not even time and distance had done anything to stop the irresistible attraction I felt toward him. I told Reeve he couldn’t be the center of my world, but the reality was that he had been this from the get-go, and all I was doing was orbiting around him. Forever circling and trying to get as close as I could without succumbing to his gravitational pull and colliding.

I fell asleep after the sun was in the sky and was so tired and stressed out from the night before that I slept through my alarm, missing my shift at the diner. I guess it was a good thing I was going back to the Point. I didn’t think my ego could handle getting fired from a waitressing job I never really wanted in the first place.

I shoved the covers off and went to retrieve my phone from where it had landed. The battery was almost dead, but there was enough life left in it for me to see Nassir never texted me back. I almost threw it again but stopped when I noticed I had an e-mail. I never used the app on my phone. I had no need for an e-mail address and didn’t want anything that was easily tracked, but I did like to shop on Amazon, so there was no getting around having one. When I clicked to open it, my heart started to race and I got a little light-headed. I was so surprised, mostly that I was surprised, that I sat down heavily in the center of the floor and just stared dumbly at the first-class ticket with my name on it for a flight that was scheduled to leave tomorrow morning. 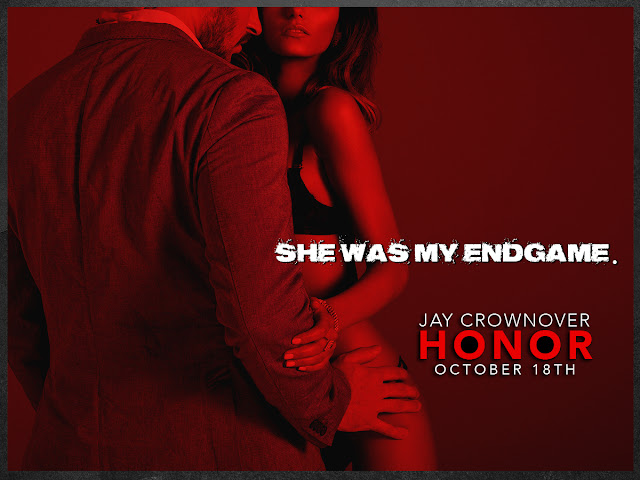 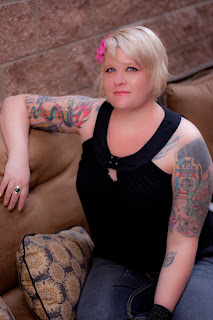 Jay Crownover is the New York Times and USA Today bestselling author of the Marked Men, The Point, and the Saints of Denver series. Like her characters, she is a big fan of tattoos. She loves music and wishes she could be a rock star, but since she has no aptitude for singing or instrument playing, she'll settle for writing stories with interesting characters that make the reader feel something. She lives in Colorado with her three dogs.